'Miami was a cultural desert in 1960': Mira Lehr on the city's transformation and her concerns for the environment

The artist made waves in the 60s by championing women artists; at 85, she is still shaking things up with her gunpowder works 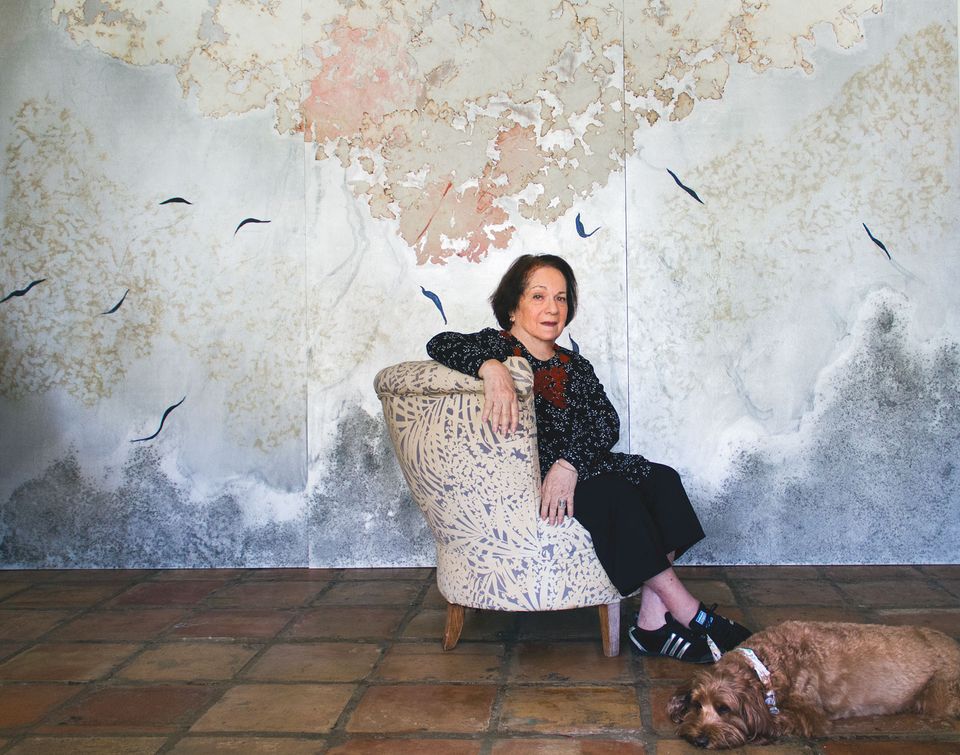 Mira Lehr in front of her work Creation, on show at the Jewish Museum of Florida-FIU © Photo: Cristina Molina

A fantastical installation made up of 180 coloured resin sculptures is suspended from the ceiling of the Jewish Museum of Florida-FIU, courtesy of the Miami-based artist Mira Lehr. The new series, based on seven kinds of plants mentioned in the Torah, are joined by ten new paintings including the triptych Creation (2017), which is made from dyed Japanese paper and one of the 85-year-old artist’s favourite materials: gunpowder. We spoke to Lehr about the environment, her love of fire and how Miami’s art scene has changed over the past six decades.

The Art Newspaper: You were born in New York but clearly consider yourself a Miamian.

Mira Lehr: I was born in Brooklyn, and we visited Miami each winter until we moved here when I was eight years old. I later attended boarding school and then Vassar College in Poughkeepsie, New York. I moved back when I was in my mid-20s. I am a Miamian through and through.

You work in a wide variety of media; how has your practice developed over the years?

I began by drawing from nature and models, and as I gained more experience, my vision changed. Sculpture, resins, burning, igniting and creating works with fuses and gunpowder became my palette. As I continued to grow, I would find materials to bring my visions to existence. My three Cs are courage, conviction and concept. Now, after 60 years, I have pared my work down to its essence and I feel the concept is strong.

So when did you start experimenting with gunpowder?

I saw a show at the Guggenheim Museum in New York [in 2008] by Cai Guo-Qiang, a Chinese dude who blows up everything. I loved the marks the gunpowder and fuses left on the surfaces [of his work] and so I went home, bought some gunpowder and played with it. Little by little, my works became exciting passages of burned grounds. I made the concept my own. Fire is a dynamic element that alludes to the other side of creation. 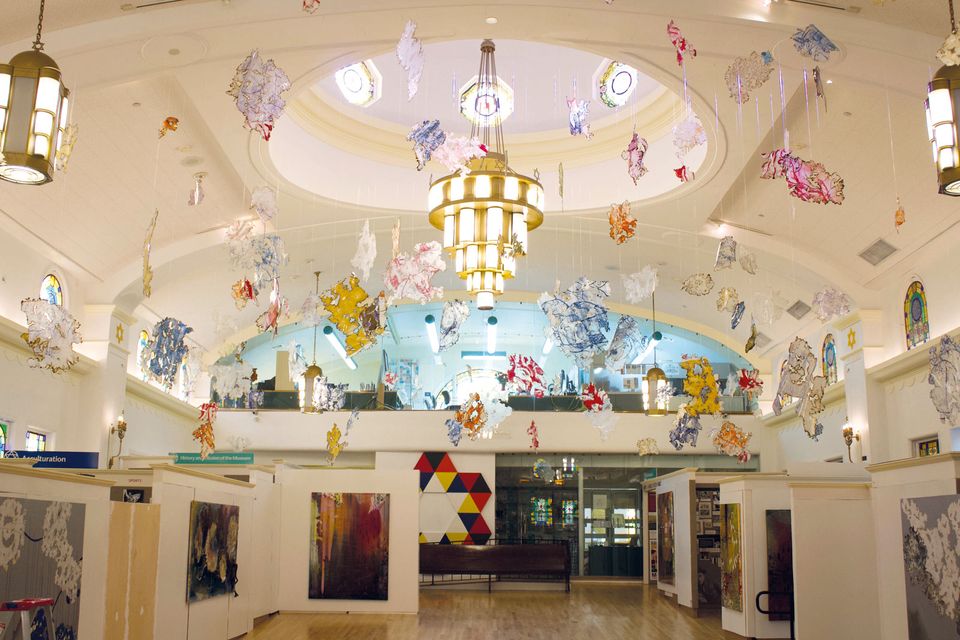 Are there any departures in style and technique with the works in the show?

This is the first time I have been commissioned to create ceiling sculptures. It was so exciting to see this vast space take shape. All of a sudden, the interplay of light, reflections, colour took on a life of its own. The museum has these gorgeous stained-glass windows and the way the sunlight comes in through them and plays off the sculptures is breathtaking. It’s almost as if the ceiling is dancing. I’ve watched people become mesmerised as the pieces move in the air currents.

You were a co-founder of Continuum Gallery in 1960. What was its purpose—to open up Miami to the wider art world?

It served two purposes; first, we needed more of an art community here and I saw the need to help to make it happen. Secondly, women artists had a very hard time here in 1960. They were not recognised as artists—some even dismissed them as “dilettantes”. If a woman artist got married and had children, they were even more ignored. It was a discouraging time in the 1960s and 1970s. The Continuum Gallery opened up opportunities where women artists could show their work and gain some recognition.

What was your most memorable encounter at the gallery? I imagine meeting the late New York-based artist and dealer Betty Parsons was a key moment.

Betty Parsons was a woman ahead of her time: she was independent, had a love affair with [the photographer] Berenice Abbott and possessed great vision. She ran a gallery that represented the best Abstract Expressionists: Jackson Pollock, Clyfford Still, Mark Rothko were members. Betty juried a national show for Continuum and stayed at my house, where we had many long discussions about art. She was the one who convinced me to take my painting off the easel and go beyond.

Lehr's Approaching the Singularity (2019), one of the artist's recent singed-paper works Image: courtesy of the Jewish Museum of Florida-fiu and Mira Lehr

Was Miami a vacuum of culture in the 1960s and 1970s? It must be startling to see how the city has transformed into an arts hub.

Miami was a cultural desert when I came back from New York in 1960. Mink stoles and platform shoes were what was high on the list of must-haves. But there has always been a core group of talented, committed artists, creating important work in spite of the many challenges. Little by little, the city improved, especially with the advent of Art Basel in Miami Beach [in 2002]. All kinds of exciting artists live and work here, but it’s become so crowded that I sometimes wish for the old days.

What was it like to work with the visionary architect Buckminster “Bucky” Fuller in 1969?

Bucky was beyond my expectations. He was a wiry little man with thick eyeglasses that made his eyes look enormous. He was a packet of energy and would speak for five hours at a time. I worked with him on a project called the World Game at the New York Studio School in which he chose 26 people to research how mankind could be a success in the universe. I learned from him that using resources more efficiently would show people that there is enough to go around. I also realised how bad fossil fuels were and that we should find other sources of energy. My view of the world changed completely, and I became optimistic that humans are capable of finding solutions.

At what point did environmental concerns become the driving force in your work and vision?

I’ve always loved nature. I was pretty content with how things were going until I worked with Fuller. Once I realised how we were heading for disaster, I became aware that my art would have to reflect this. My philosophy is: when you love the Earth, you’ll try to heal it, and that is the message in my art.

What are your thoughts about the future of Miami, and the fact that Florida is drowning?

We are at sea level, and water continues to rise. We must become more proactive and work together to protect the planet before it’s too late and before there’s no turning back. The time is now.

• Mira Lehr: a Walk in the Garden, Jewish Museum of Florida-FIU, until 15 February 2020