Muna Al Gurg was born in Dubai and grew up between the Gulf city and London, where her father was the United Arab Emirates ambassador to the UK. During the day, Al Gurg serves as the director of retail at the conglomerate Easa Saleh Al Gurg Group, but she moonlights as the chairwoman of Young Arab Leaders, an opinion columnist for Gulf News and an Art Dubai patron. She has been visiting—and buying from—the fair since its launch in 2006. With her husband, Ali Al Salim, Al Gurg collects works by contemporary Middle Eastern artists, including pieces by the Iraqi artist Hayv Kahraman, Chant Avedissian from Egypt, and the Kuwaiti Thuraya Al Baqsami. 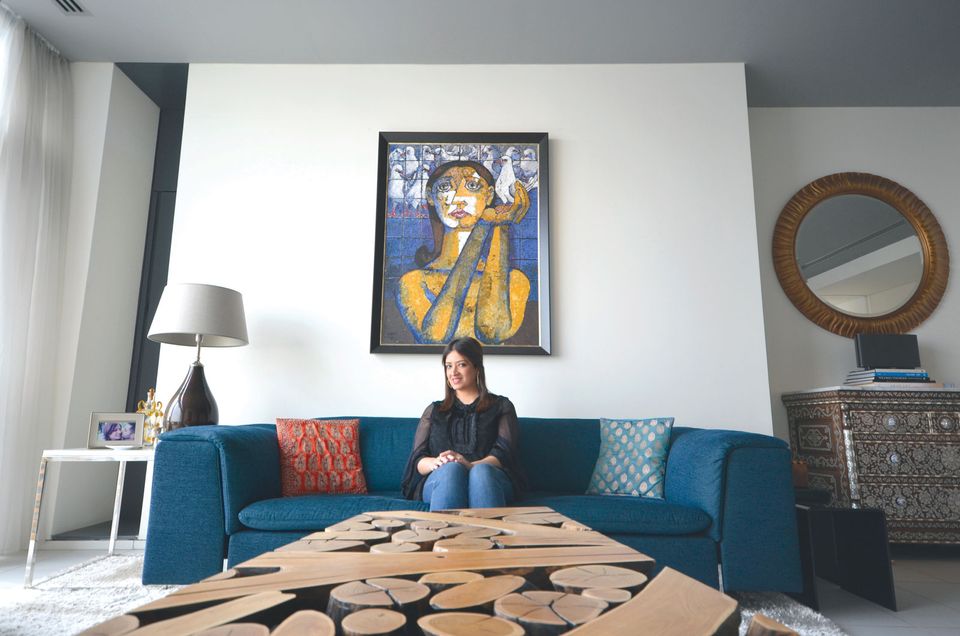 Al Gurg is a keen collector of contemporary Middle Eastern artists, but would never say no to acquiring a Gauguin N/A

Muna Al Gurg: I was lucky to have taken a history of art elective at university, which gave me my first real appreciation for art. Soon after, in 2006, an old family friend who was an avid collector took me to the first Art Dubai fair and introduced me to [the curator] Rose Issa. I pointed out a painting I liked and Rose encouraged me to buy it. That work—Two Lovers in the Garden (1993) by Jaber Alwan—was the first piece I bought.

A sculpture by the young Saudi artist Nasser Al Salem, titled Whoever Obeys Allah, He Will Make For Him a Way Out (2012). Ironically, the piece is a calligraphic maze. With all the change taking place in Saudi Arabia today, its art scene is thriving and tackling some fascinating topics.

Direct from the artist; there is no substitute for having a one-on-one conversation with the artist about a particular piece.

For its sentimental value, a work by the Iraqi-born artist Hayv Kahraman that my husband bought for me for my birthday. It’s a huge wooden plate, measuring one metre in diameter, with an oil painting of one of her iconic female figures. The piece is called The Round City of Peace (2013). Her work is evocative and captures universal female struggles.

Under my arm, I’d run away with my Bedouin Dancer—a bronze sculpture by Anne Rooney from the 1970s when she lived in Dubai.

I’d argue money is always an object. One has to consider what else can be achieved with a sum of money. That said, it would be rude to say no to Paul Gauguin.

The late Emirati artist Hassan Sharif, who was accused of witchcraft in the 1970s; Leonardo Da Vinci so I can bring him up to speed on his prices; and my grandfather, a talented calligrapher whom I never met.

Where do I begin? In 1996, I visited Green Art Gallery in Dubai (one of two galleries in Dubai at the time) and fell in love with Suad Al-Attar’s work. I had the chance to buy a piece, but didn’t.

A hall at a primary school built by our family in Zanzibar.

Buy what you love [because] you are going to live with it. Advice shared by my dear friend Myrna Ayad, who is now the director of Art Dubai.