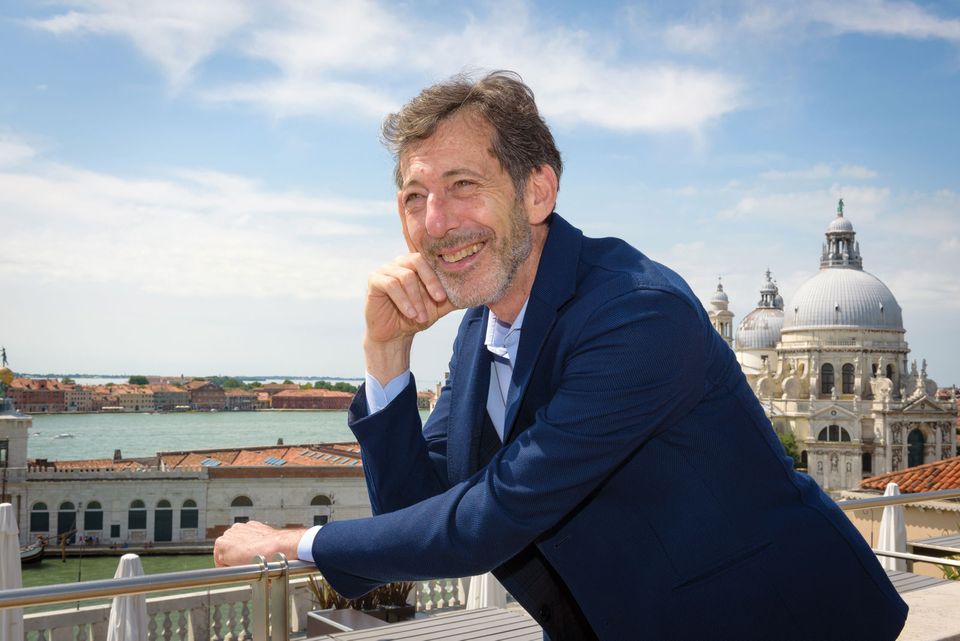 Curator Ralph Rugoff says he wants his Biennale to be playful, even when tackling “strong divisions in society and social discourse” © Andrea Avezzu, courtesy of Venice Biennale

In his time as the director of the Hayward Gallery in London, Ralph Rugoff has gained a reputation as a skilful creator of exhibitions featuring diverse artists working in and around complex themes. And now he is tasked with curating the ultimate group show: the Venice Biennale. His exhibition, called May You Live In Interesting Times, presents 79 artists and collectives from across the world.

His boldest idea reflects his desire to make a coherent Biennale show: he has chosen to divide the presentations in the two venues, the Arsenale and Giardini’s central pavilion, into two separate exhibitions. Each features the same 79 artists, showing distinct bodies of work. When he announced the details of the show in March, he said he chose artists whose works were “multivalent, that were richly ambiguous, that could deal with paradox and contradiction, that generated many associations that could be interpreted in different ways by viewers”.

He also explained that he wants the show to be playful, even when tackling the principal issue of “strong divisions in society and social discourse”. Those divisions were partly informed by the phenomenon of “fake news, so-called alternative facts”, Rugoff said, which “poses an interesting question for art. When governments are blatantly using make-believe and tools of artifice that blur fact and fiction, then I think the category-questioning that artists do needs to take a new form. Simple oppositional critique is not enough.” He spoke to The Art Newspaper as he made the final preparations for the show.

The Art Newspaper: Let’s begin with the title: what is its significance?

Ralph Rugoff: I was thinking a lot about some of the more dreadful political things that have happened in the past two or three years and how not to create an exhibition that would reflect, in a depressing way, on the times in which we live. And this phrase, which I had known since I was a child, came to mind: May You Live In Interesting Times. It seemed open-ended in what it might mean and might be a way to frame an exhibition that hopefully is reflecting on this time, but also offered the possibility that you might find a perspective of living in this time where you could see it as an interesting time, rather than a dangerous, hair-raising, horrific period of human history. Then there’s the fact that this is also a piece of fake news: it’s been claimed over and over again during the past 100 years that it’s an ancient Chinese curse—everyone from pre-war politicians in the UK to Hillary Clinton, from Albert Camus to Arthur C Clarke have used this phrase, talking about it as an ancient Chinese curse—even though it isn’t and never was. Now that we live in a world in which you can go online and find out in two minutes that there never was a curse brings up interesting issues that seem relevant to this time.

To what extent are the artists directly engaging with this notion of fake news or alternative facts?

Some artists are engaging with it quite directly, others are looking particularly at social media. I don’t want to say that this is an exhibition about fake news and alternative facts. In fact, it is really an exhibition against the very idea that a show might be “about” something, any more than a work of art might be about this or that. It’s more trying to present a strong sense of the complexity of works of art that generate many different kinds of associations that you have to work out for yourself; [works that] have a conversation with an audience and that are ultimately posing questions. For me, that is the goal of this exhibition: that it leaves people with interesting questions that they can carry with them afterwards. It is very much a show dedicated to the idea that the most important thing that happens doesn’t happen inside the gallery—it is what visitors do with that experience after they leave.

You’ve separated the presentations in the Giardini and the Arsenale into two exhibitions. Why?

For two reasons: one was to echo the idea of this social division that seems to have been exacerbated in our world, where we have these very polarised societies. Obviously we have this division over Brexit in the UK, with almost two different countries existing side by side, seemingly living in parallel information landscapes. But it was also a way to call attention to the multiplicity of artistic practices, that interesting artists work in different ways, that their work straddles different categories in different ways. And to create a sense that you’re only seeing a part of a bigger picture when you come to an exhibition like this. And really to shine a light on this aspect of art, the way it dwells in ambiguity and embraces contradiction at a moment when our information landscape seems to be growing ever narrower.

Artists can be pigeon-holed but you’re saying: “Artists can go in any direction and here, for each one, are two ways of working.”

Absolutely. And that each one of those ways is also completely multiple. And in a way, if you looked at it closely enough, defying any pigeon-hole into which we might want to squeeze it. And there are countless examples of how that works in the exhibition. That is the kind of work that has always excited me, and if I have a criteria for quality in assessing a work of art, it’s the levels of resonance that a work of art can generate in terms of sending you off on this journey where you’re following one slippage of meaning to another to another and it doesn’t end. That is a kind of sublime experience.

You’ve included exclusively living artists, whereas there were a lot of dead artists in the last Venice Biennale.

Documenta also included lots of dead artists. It’s become a curatorial fashion to try to recuperate artists who have been forgotten or who never got the attention they deserved, which to me is a great museum project. It’s about introducing people into the canon who should be there and aren’t. Of course, I love the disposability—and I know I’ll get into trouble for using that word—of the Biennale; that it is something that happens every two years, has a short fuse on it and is something that can address this moment, rather than having to address who deserves to be in the history books. As a curator you have a lot more control when you’re dealing with dead artists, obviously, but it was a lot more interesting for me to be in a dialogue with the artists I was working with. All were incredibly excited about having the opportunity to show two different types of work. Of course, we might expect that, but nobody was complaining about it. People really did enthusiastically get behind that idea.

You’ve said the journey through the Arsenale can be a “march of death” when it is this endless long passage and so you’re using see-through partitions. Venice can be exhausting—you seem very conscious of that.

I am. I’m a funny person to be curating a biennial, because I generally find them to be difficult experiences as a visitor. I’ve always been fairly sensitive to the impact that architecture has on works of art, and the idea that they are very sensitive to the ways they are installed and what is around them. Working at the Hayward for the past 12 years has increased this appreciation for the impact that architecture has. In Venice, you couldn’t have two more different spaces: a Neo-Classical pavilion from the late 19th century and a former rope-making factory that dates back to the 14th century. They already give every Venice Biennale a split personality in a sense, so it seemed better to address this consciously than not. The Arsenale is this long, 300m narrow rectangle and it feels a bit like a digestive passage; you enter one end and you’re spat out at the other. And usually because there are two rows of columns that run all the length. Typically people build walls running the length of the building, but to me it ends up feeling a bit too close to an art fair, where you can look down this long corridor and there is art on either side and you can see too much at once. So the way we’ve divided it up is with many sections that bisect this long rectangular space horizontally. It will be a bit more of a labyrinth; I’m hoping that it doesn’t prove to be just as exhausting. It might. But I think at least it will allow you to focus when you’re looking at a work, because you don’t have 15 other works of art in the background.

• May You Live in Interesting Times, 11 May-24 November

• To listen to the full interview with Ralph Rugoff, listen to our podcast, out on Friday