Sandy Angus—founder of six fairs across Asia—on his mistakes, MCH Group and a new event in China

In the first of a new art market interview series, we speak to the art fair boss about his career 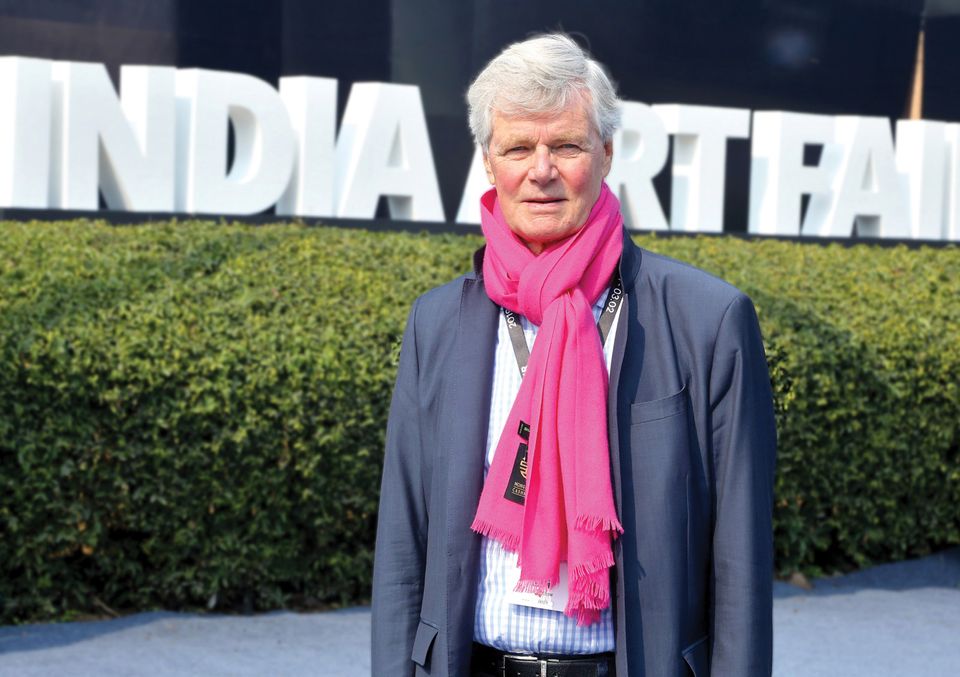 If it hadn’t been for a chance encounter in Tripoli many years ago, Sandy Angus might have been wielding a stethoscope rather than organising art fairs.

He was set to study medicine in Edinburgh, but instead he went travelling and then started working with Bryan Montgomery, whom he had met in Libya. Montgomery, whose family-owned trade fair business was started in 1895, recruited him—and ever since Angus has remained in the company, of which he is now chairman.

While the art world knows Angus Montgomery through numerous fairs, from Photofairs San Francisco to the recent inaugural Taipei Dangdai, the art side is in fact part of a much bigger business—the firm has over 60 trade fairs across the world, specialising in everything from mining and building to hospitality. Including Sydney Contemporary, India Art Fair, Photofairs Shanghai, Art Central Hong Kong and the planned ART SG in Singapore, Angus Montgomery holds more such events in the Far East than any other organiser.

Although honoured with a string of awards in the events industry, Angus is diffident and undemonstrative, and has never sought what he calls the limelight. “I don’t need to feed an ego,” he says. We are talking over Skype; Angus is at the Kochi Biennale, having just travelled on from Delhi after the India Art Fair closed. India is well known to him—he was born to Scottish tea-plantation owners in Tamil Nadu in 1945 and lived there as a child.

The India Art Fair, co-owned by Angus since 2011, has been the subject of much speculation, after the Swiss events company MCH Group—also the owner of Art Basel—decided last year to abandon its planned portfolio of regional fairs. MCH is seeking to sell its majority stake in the Delhi event, but so far has not found a buyer. “When I originally encouraged [the founder] Neha Kirpal to sell to MCH, I thought the fair would be well looked after, and it was,” Angus explains: “But MCH is an investment group and it doesn’t speak to Art Basel at all—one of the real problems was that there was absolutely no input of any sort from Art Basel, with whom we have a good relationship. My worry is that now it might sell to an Indian businessman who will have his own agenda.”

MCH has also pulled out of Art SG, the Singapore fair planned for 1-3 November. Magnus Renfrew, the director of Taipei Dangdai, has taken up a stake, but the abrupt cancellation of Art Stage Singapore in January has been severely damaging, Angus says: “It shook us. It was a massive blow to the prestige of running an art fair in Singapore. We now need the support of the authorities to go ahead.”

Angus readily admits to making mistakes during his career. “Starting an art fair takes a lot of money and if it goes wrong it can cost a huge amount of money,” he says. He points to London’s Art13, which was cancelled after the third edition in 2016. “We spent nearly £1m trying to get a fair going in London,” he says: “But we never got sufficient traction. We didn’t aim high enough in the quality of the galleries.”

Also loss-making is Photofairs San Francisco, which he says has cost $1m in two editions. It has now been relocated to a smaller space downtown and moved to spring 2020: “The problem is that the price points in photography are much lower, so these fairs are much more difficult to establish—but I do believe in photography, it is a seductive medium that people love.” Following this interview, at the start of March, Angus Montgomery announced the cancellation of Photofairs San Francisco but, in a statement to exhibitors the company said it remained "committed to the US in the long-term."

As for the recently launched Taipei Dangdai, he admits that sales among the mid-level galleries were less than stellar: “The big galleries did well, as did the Taiwanese ones with their local clients,” Angus says: “But the mid-level did not do so well, at the level of $20,000-$30,000. We have to put this right.”

Finally, I ask about China: Angus and his fellow event organiser Tim Etchells founded ArtHK in 2007, which was bought by Art Basel in 2011—it is now Art Basel in Hong Kong. Now he has other ambitions for the mainland: “I would love to have a much broader arts-related business in China. We are looking at whether we could run the equivalent of a month-long Royal Academy-style Summer Exhibition in China,” he says: “We are talking to the government about this. They would have to give us a venue—then, for example, we could bring in shows from the Tate or the Victoria and Albert. Obviously there would have to be a commercial aspect. It sounds as if we might get permission.” And once they get this, an event could take place within a year.

Might Angus Montgomery ever be taken public? “No,” he says. “We take our own risks and decisions!” And with three of his five children in the business, he is pretty sure this will continue. Then, he suddenly departs from his usual rather discreet demeanour to say: “I had no idea how much I would love working with my children—it’s given me more pleasure than I possibly can describe.”

• Chairman of Angus Montgomery, which has over 60 trade fairs a year worldwide

• Worked in events and exhibitions for 50 years