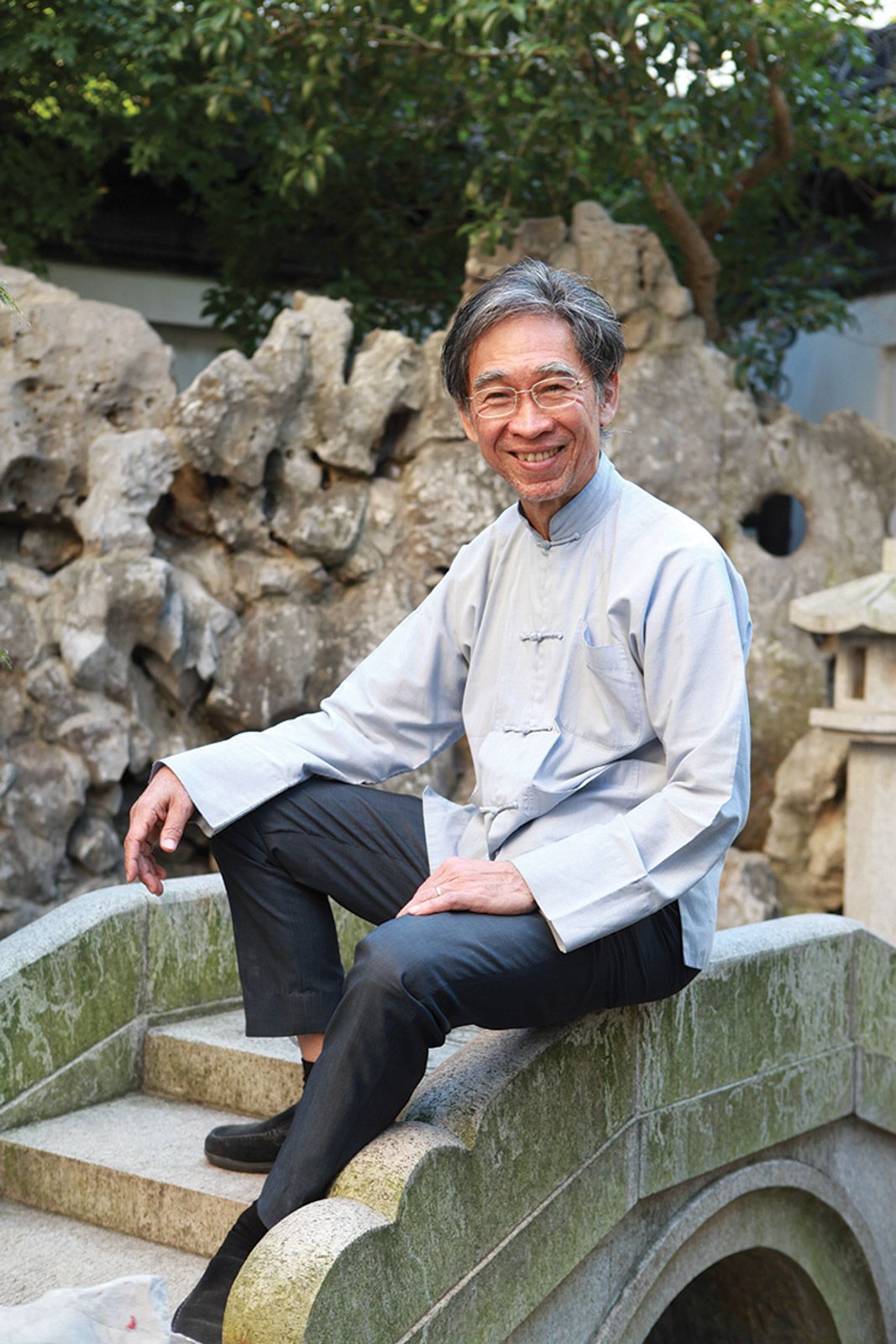 Johnson Chang, an early champion of contemporary Chinese art, says he is now “in a different world” Courtesy of Sotheby’s

This year is a year of goodbyes for Johnson Chang. During the summer, the Hong Kong collector and art dealer bade farewell to the Pedder Building space that his Hanart TZ Gallery has occupied for the past decade. Now, he is parting ways with his era-defining collection of contemporary Chinese art as he prepares to put a selection up for auction this month at Sotheby’s in Hong Kong. Business aside, Chang says, this rather symbolic Marie Kondo-esque gesture represents a severing of ties from the past in order to prepare for an unknown future.

“We are entering into a new era and I have to rethink art, aesthetics and the terms of aesthetics change—which will also change,” Chang tells The Art Newspaper. “I’m in a different world. I want to be liberated from that era.”

Hong Kong has been shaken to its core by a year of havoc; from last year’s protests against the now-withdrawn bill that would have allowed Hongkongers to stand trial in mainland China, to the ongoing Covid-19 pandemic, the imposition of a sweeping national security law, and even a new Cold War brewing between China and the US. The turmoil has also sent Chang, a renowned curator and pioneering dealer who was among the first to put Chinese contemporary art on the world map, to a “very different place”, he admits, although he does not give away exactly how it has impacted his state of mind.

But judging by the way Chang selected the 14 works from his private collection to be featured at Sotheby’s evening sale in Hong Kong on 6 October, the impact is certainly not small. Headlining the sale is Zhang Xiaogang’s monumental The Dark Trilogy: Fear, Meditation, Sorrow (1989-90), arguably the most important triptych the artist has ever created. The auction house says the work is expected to fetch HK$25m to HK$45m ($3.2m to $5.8m).

“I’m already regretting it. Of all other works, why this one?” Chang says, only half joking. “Collecting art is always irrational, and it is also an irrational moment to part with this [work].”

Zhang started working on this triptych in the latter part of 1989 as China was still reeling in the aftermath of the Tiananmen Square student protests and the subsequent government crackdown on 4 June. “This triptych must be the most important work speaking for that era,” Chang says. “The whole cultural scene changed overnight, and [Zhang] spent a long time working on these three pieces, which he finished in 1990.” 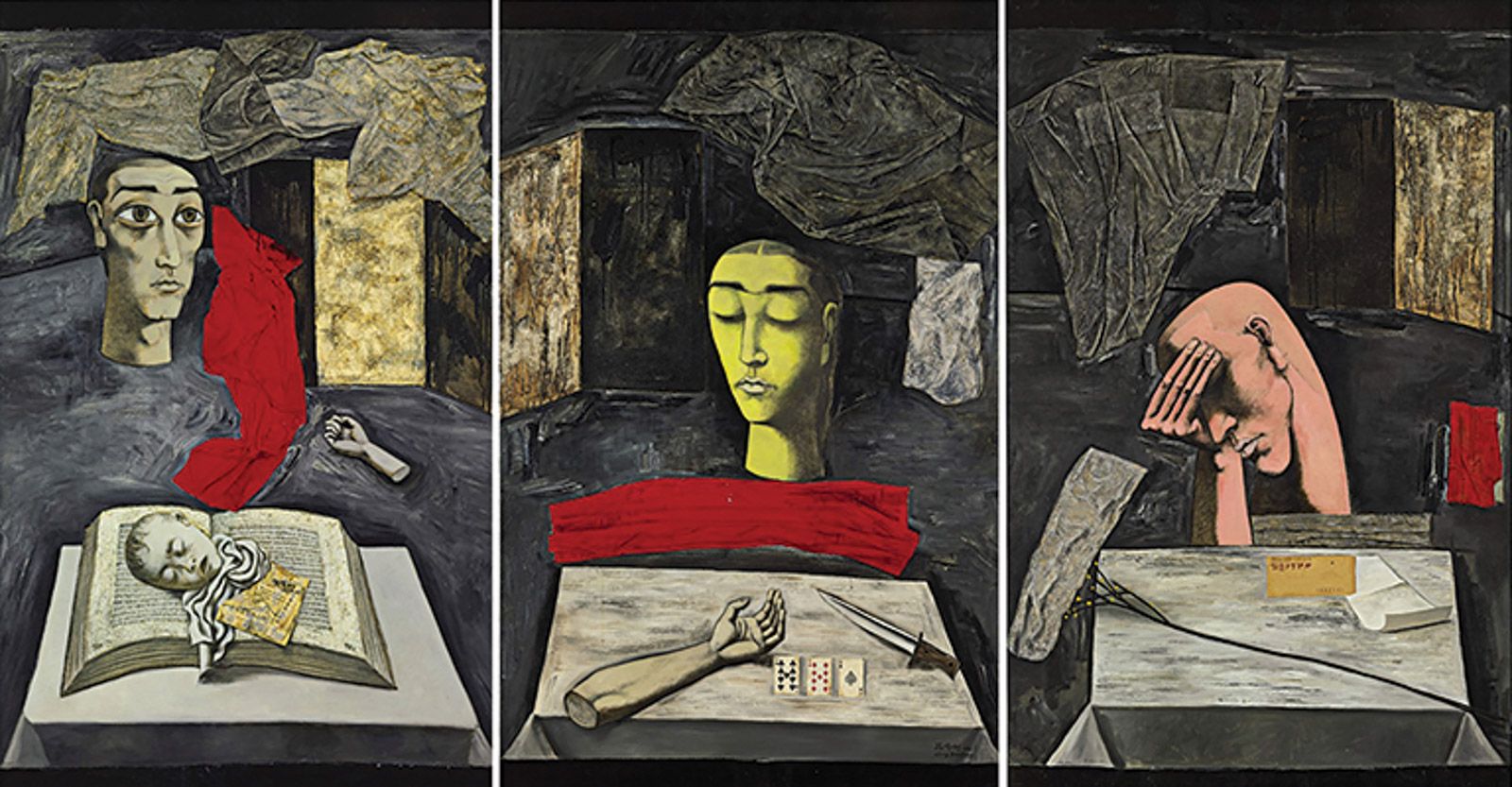 Chang sees the work as a watershed moment for Zhang’s transition from his “romantic, idyllic symbolism of the late 1980s to enter the 90s period of historical reflections”, as best expressed in his Bloodline series. For years, Chang only owned two of the three panels—he bought them directly from Zhang but, by the time he met the artist nearly three decades ago, the third one had already gone on tour to the US, on show in a 1991 exhibition at the Pacific Asia Museum in Pasadena, California.

Chang’s other two panels made their public appearance at the landmark China’s New Art, Post-1989 exhibition at the Hong Kong Arts Centre in 1993.

The triptych was finally reunited in 2016, when Chang bought the third panel at Christie’s Hong Kong, for HK$8.4m (around $1.1m).

Although Chang is selling these works, he says he still wants to present a historical narrative of Chinese contemporary art from that era through the selection at Sotheby’s, presenting “a chapter of history that is locked in the historical past.”

“All great art is contingent on the greater historical transformation of the world that [artists] live in,” Chang says. “Artists are fortunate in the time when their craft is called upon to produce forms that make sense of their time. It was a major era for China and artists were working on a very big historical canvas.”