‘We need to take into consideration the whole world, not only Europe’ 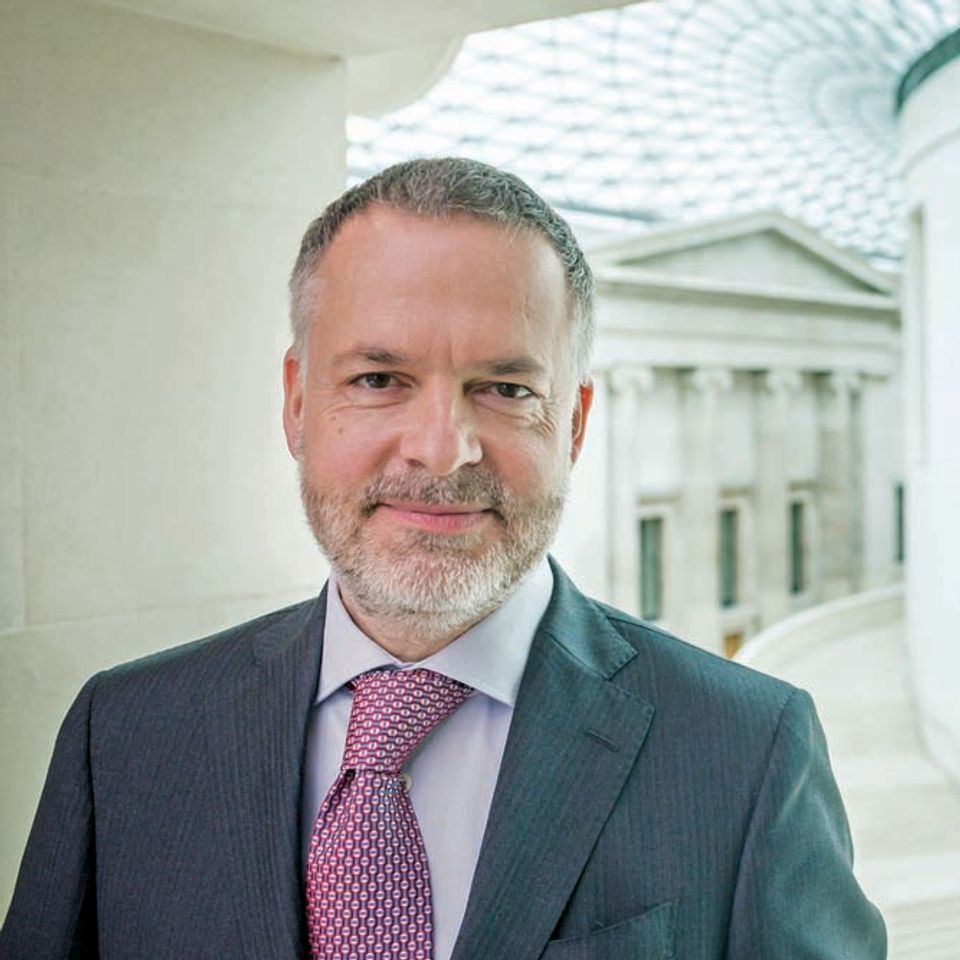 The director of the British Museum, Hartwig Fischer, has revealed plans for what could be the most radical redisplay of the permanent collection since the mid-19th century. Artefacts from ancient Greece and Rome, currently spread over two floors, will be reunited and many more objects from Oceania and South America will be on show. Altogether this could involve the redisplay of half of the museum’s nearly 100 rooms. The presentation will be less Eurocentric and the displays will be slightly less dense, to make things easier for visitors. Although planning is at an early stage, the project will follow the opening of new Chinese and South Asian galleries in November and an Islamic world gallery next year.

Fischer also reveals that the museum’s stored collection of more than two million objects will move to a location outside London for the first time. He hopes to join forces with a regional university with a strong archaeology department to create a world-class research centre.

The Art Newspaper: You became the director in April 2016, succeeding Neil MacGregor. What changes are you planning?

Hartwig Fischer: My priority is to ensure that visitors have the opportunity to engage with the cultures of the world. Visitors now get a sense of certain cultures, but it is not easy to get a comprehensive understanding of them. The reason for that is that collections are quite frequently separated. Take Egypt. Sculptures are on the ground floor but mummies and smaller objects, which say a lot about faith, society and daily life, are on the upper floor. You can say the same about Mesopotamian, Greek and Roman galleries; there you also have things on two levels.

Does this mean you will be rearranging the permanent collection?

Where will classical Greece and Rome go?

We are discussing the cut-off date for the two floors. But we need to take into consideration the whole world, not only Europe. This is stimulating because it makes one rethink one’s institution and define its place in this changing world.

What about geographical areas that are hardly represented in the displays?

Thirty-seven per cent of the land mass represented in our collection is partially or nearly wholly absent from public display—Africa, Oceania, Australia, South America. We have extremely strong collections for these areas and they have to be made more accessible. We need to do justice to those cultures. In the African galleries there are some very elegant displays. For other areas we are lagging far behind what we and our visitors would like to see. The same goes for prehistory, another very strong collection that must play its role in explaining the development of humankind.

Where will you find the space?

We need to work within the existing space but that will help us concentrate on what we think is essential. We will have to recalibrate what goes on display for two reasons. First, to come up with a more balanced presence of world cultures. Second, because it might be easier for visitors to engage with, say, 49,000 objects rather than with the 53,000 currently on show. The question is: how best can we serve our visitors, and their capacity to take things in, by showing the right amount of objects?

Are you suggesting a slightly less dense display with fewer objects?

That is definitely something we are thinking about, but we have not yet taken decisions. Take the A.G. Leventis Gallery on Ancient Cyprus. When you move from the neighbouring, very dense galleries [on the Etruscans and Greeks in Italy] you get an extra dose of oxygen with Cyprus. The Sir Joseph E. Hotung Gallery on China, South and South-East Asia, which we are now refurbishing, will have slightly fewer objects—but more beautifully displayed. Some spaces can be denser; others need to have more air.

Are thematic displays part of your plan?

As well as temporary exhibitions, we need space in the permanent collection galleries where we can address broader issues and change the way you look at objects, to enable visitors to make comparisons between cultures and epochs.

What are some examples of possible themes?

How is love structured in different societies? How did faiths develop? How is social cohesion maintained—and what disrupts it? What is the impact of technology? And how do people deal with the fact that we die?

These are bold themes but you have a very diverse audience. There is a danger you will either offend or be bland.

Indeed. The question is: who is telling the stories in the museum—and from which perspective? We cannot tell the story of world cultures solely from a European point of view. And we need to make visitors understand how this museum came into existence—and how it became what it is today. We have to say where the objects came from and how they got here. There are many wonderful aspects to the museum, which has one of the greatest collections of world cultures, but there are also more critical aspects. These should be addressed and our institution should have that frankness.

You are suggesting a bold redisplay of the permanent collection.

A lot will change. But how much I am not in a position to say right now.

What are your plans for the Reading Room?

Let’s move on to storage, since the vast majority of the collection is in store. The government has decided that Blythe House in west London, where you share storage space with the Victoria and Albert Museum and the Science Museum, is to close and £150m will be given to the three museums. Will this be split three ways or in proportion to the space you each occupy?

We will be getting £50m. Our first task will be to move out more than two million objects from Blythe House. This is a daunting challenge but also a fantastic opportunity to go through the material and work on it.

Where will you move it all to?

We are looking at a place outside London that will enable us to work more closely with a university, to make our collections more accessible for research. I am not able to tell you where. We want to establish what we are calling Arc—the British Museum’s Archaeological Research Collection. This will help us work on our collection and make it publicly accessible at a totally different level. It will also enable us to be much more efficient in sharing our collection through loans.

Finally, what impact do you think Brexit will have on the museum?

It is really too early to tell. It is a dynamic process and no one knows where the negotiations will take us. Brexit will make a fundamental difference. It already has. It is forcing all of us to think about where we are going and how to maintain and deepen the ties that link all of us with Europe, Africa, the Americas, Asia and Australia. Britain is having to strike the right balance between living in partnership structures and going its own way, at a time when all major issues and challenges have become global. You can only tackle these problems in well-structured co-operation with others. That is an irreversible fact. Partnerships bring along greater possibilities and greater leverage, but also greater obligations and responsibilities. As a great British poet, John Donne, wrote: “No man is an island, entire of itself…” The British Museum is a place where you understand how closely and magnificently, and at times painfully, cultures have always been interconnected—to drive ahead the development of humankind.