Yinka Shonibare: a change in the wind 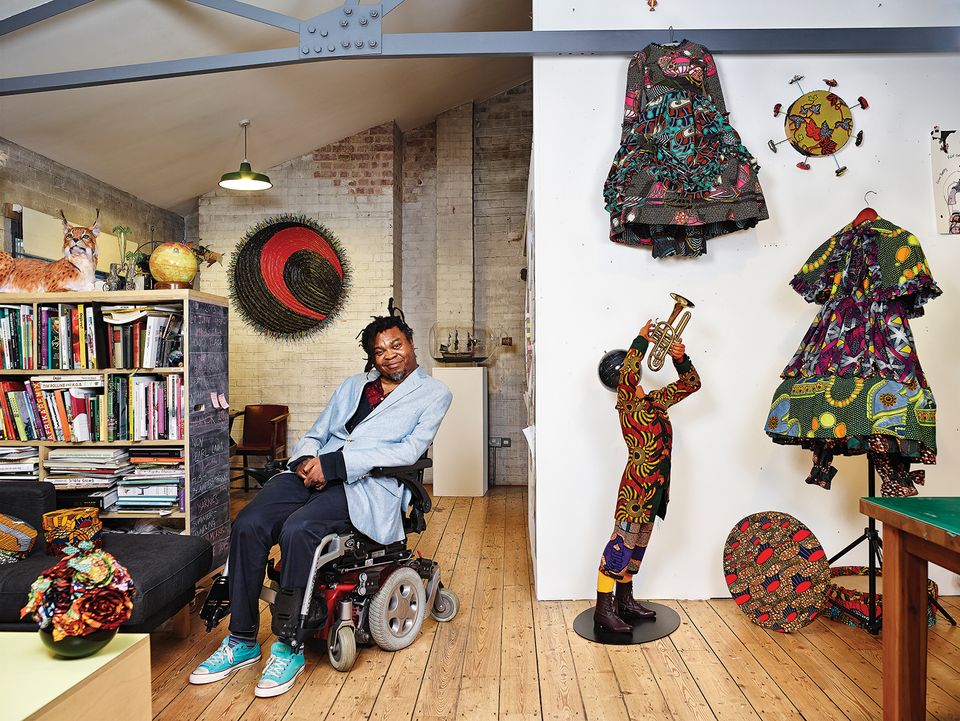 The London-based British-Nigerian artist Yinka Shonibare unveils a public work of art in New York this week—the first in a “new generation” of his Wind Sculptures. These large fibreglass works, which he began making in 2013, resemble the fabric of a sail blowing in the breeze.

Hand-painted to look like colourful Dutch wax batik prints, the sculptures tap into themes Shonibare addresses across different media: colonialism, cultural identity and migration. One of his earlier Wind Sculptures was permanently installed outside the Smithsonian National Museum of African Art in Washington, DC in 2016.

This new commission by the Public Art Fund, Wind Sculpture (SG) I, stands 23ft tall at the Doris C. Freedman Plaza at the south-east entrance to Central Park (until 14 October). Ahead of its installation, we spoke to the artist about the piece and the meaning of public monuments.

There has been much discussion in the US about civic monuments. In New York, a city commission decided to remove from Central Park a statue of James Marion Sims, a surgeon and pioneer in the field of gynaecology, who tortured and brutally experimented on enslaved African-American women in the 19th century. What’s your view on that?

A monument doesn’t necessarily have to be a work that is violent or about people being killed. There should also be room for something that is more engaging in a celebratory way.

Do you think problematic monuments should be put in a different context, bringing them into museums, for instance, instead of having them in a public park?

That’s where the issue of democracy comes in; local people would have to decide what they would want to do. [Monuments] can perhaps be put into museums and there be an education programme around them.

To get rid of those ugly aspects is also to forget them.

Yeah. As far as the Wind Sculptures are concerned, they evolved out of a project I did in London about migration and about the origins of its multicultural society. Admiral Nelson went to battle with Napoleon and won that battle [of Trafalgar]. As a result, the British Empire was able to take control of the seas so that the British Empire could prosper. That contact with many countries brought a lot of immigrants to London.

America is also a country of immigrants, so this piece is really also about the Atlantic trade routes, and it’s about wind and the movement of people. The sculptures look like fabrics blowing in the wind. They’re based on African textiles—Indonesian fabrics produced by the Dutch and then sold back to Africa. The fabric in itself is multicultural, if you like.

At a time when one of the sensitive subjects of the moment is the issue of immigrants, this work is a good metaphor for that movement of people, but also visually very engaging. 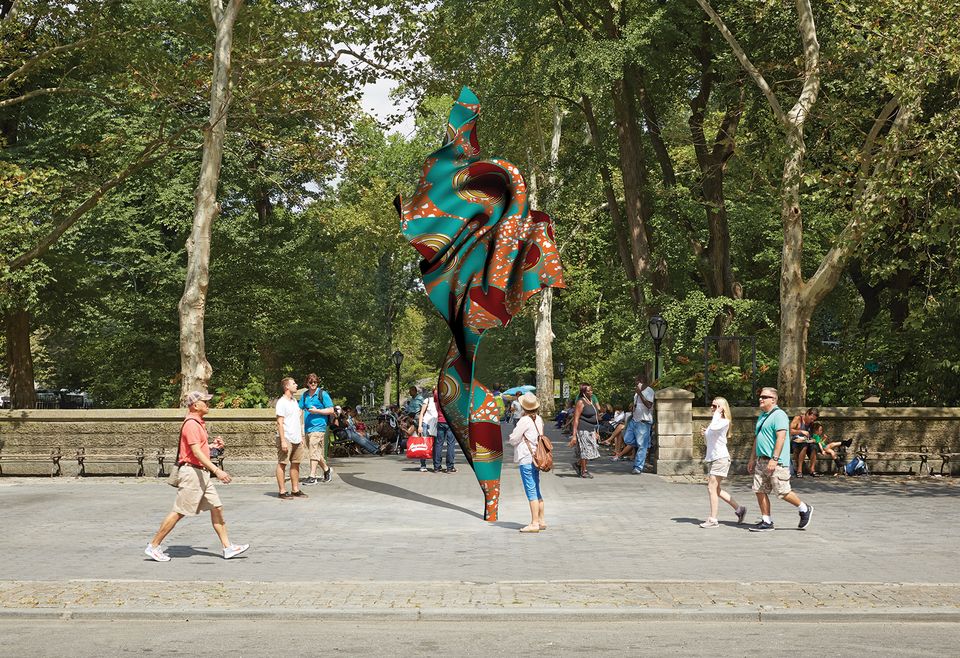 Nicholas Baume, the director of the Public Art Fund, has described your idea of motion, contrasting it to the static monumentality of most civic works. Do you think that it challenges that convention?

Some of the monuments we see are 100 years old or more. It is possible to make exciting, dynamic, colossal things now; we have the technology to do that. A lot of the monuments tended to be about war or some kind of heroic act. Also, they tend to be a white male. But we live in a different world now and I think all views should be heard.

It doesn’t necessarily have to be a work that is violent or about people being killed. There should also be room for something that is more engaging in a celebratory way.

How would you define a 21st-century monument?

It should be based on the cultural and economic conditions of a place, not necessarily dictated—because it can’t be. It has to evolve.

How do you feel about the work’s installation in Central Park?

That’s just going to be amazing, because there’s a walkway and the sculpture is going to be at the end of that. So the kind of views you’re going to get from the park itself, and also from outside, will be quite spectacular.

Central Park is a family space. All kinds of people go there. Public sculptures should be like that—accessible to different levels of society. Not everyone can afford to go to a museum. Even politically, [it’s important] just having something that can then belong to the public, not based on your financial status. You can enjoy a work without it being about how much money you’ve got – and I think that’s important, to have such civic access to works of art.

Is the work finished?

Yep, it’s already done. It’s actually on its way to the US in a large container.

That idea of it travelling across the ocean seems appropriate. But I assume you’re not coming by ship?

No—I will be flying.