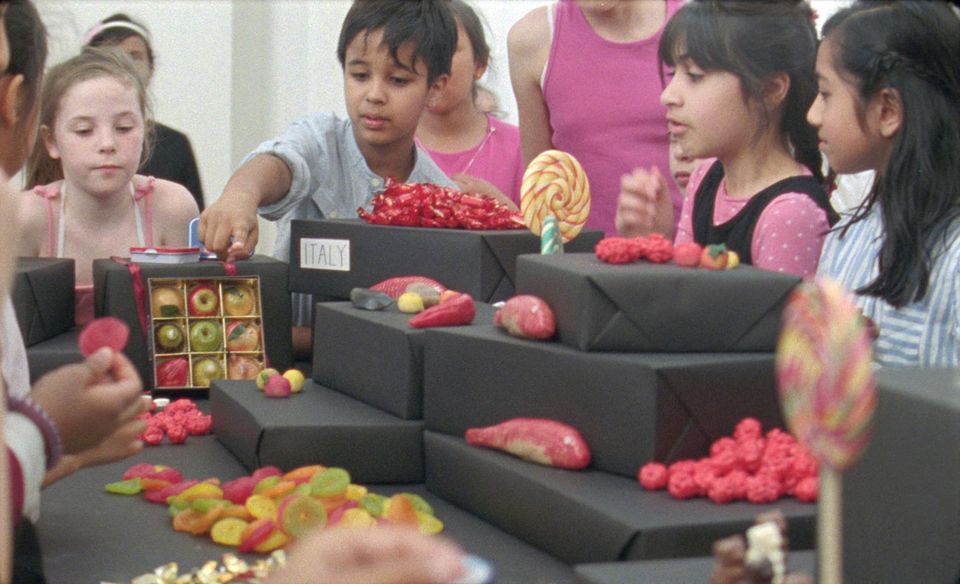 The German artist Ulla von Brandenburg will reflect on Brexit by recreating at the Whitechapel Gallery in London an exhibition which saw hordes of schoolchildren gorge themselves on European confectionery. Von Brandenburg has re-staged the Sweets exhibition, held at the gallery early 1973 to mark the UK joining the European Economic Community, otherwise known as the Common Market.

More than 500 children attended the last day (28 January 1973) of the display of confectionery from European Common Market members, part of the Fanfare for Europe cultural festival organised by the UK government under the then prime minister Edward Heath (other festival events included an exhibition of European treasures held at the Victoria and Albert Museum).

The Whitechapel show, reflecting the idea of “sweets as popular art”, included Belgian chocolate coins, French lollipops shaped as the Eiffel Tower, gummy mice from Germany and Italian marzipan fruits. Special samples were set aside for the young visitors; but according to the gallery’s archive records, the children overpowered the guard on duty and devoured all of the sweet treats. "I really liked this idea of an exhibition eaten by its visitors," Von Brandenburg tells us.

Von Brandenburg has recreated the 1970s project by referencing photographs of the original display held in the gallery archive. Children from the local Arnhem Wharf primary school took part in the re-staging. The subsequent film, which was shot in the same exhibition location, goes on show next month at the Whitechapel Gallery (Sweet Feast, 20 September-31 March 2019). The new commission is organised in partnership with Le Prix Marcel Duchamp (Von Brandenburg was nominated for the prestigious French award in 2016).

The project launches against the backdrop of the UK’s impending divorce from the European Union next March, and an avalanche of debate about how the decision to leave the EU will affect future generations. The UK joined the Common Market on 1 January 1973. A report in The Guardian said that “Heath believed that enthusiasm for the market existed predominantly among the young. Elsewhere he detected no more than good old British pragmatism.”

"The original exhibition, Sweets, was held as a joyful celebration of the entry of Great Britain into the Common Market, joining eight other countries. The political situation has completely changed. While in the 1970s, Great Britain wanted to open-up, and not only from an economic perspective, the evolution is now going in the opposite direction," the artist says.