2020 vision: the big year of change for auction houses?

Supported by transformational new technology, the sector is ditching its traditional business model in favour of the luxury goods market 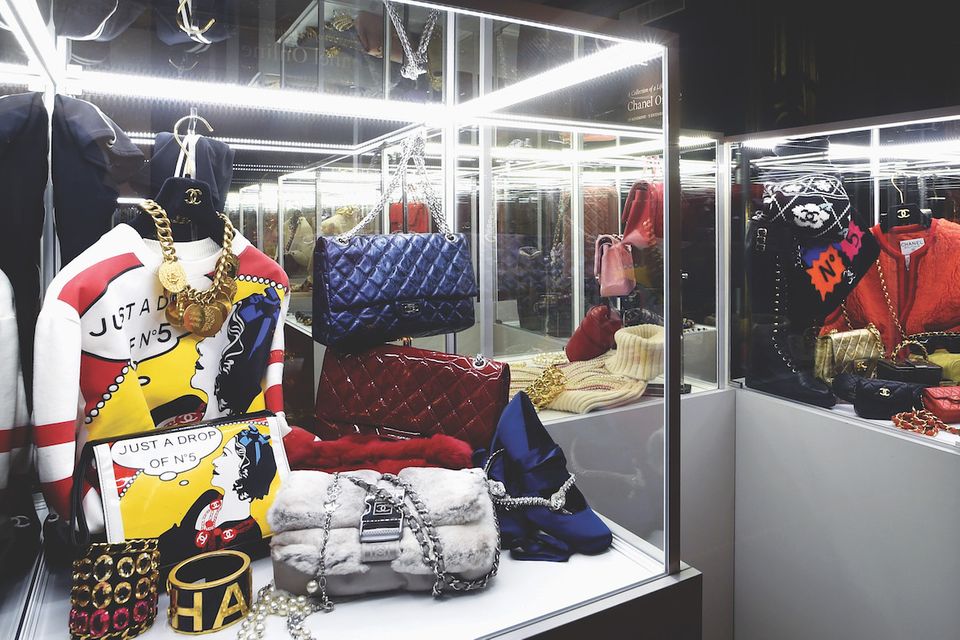 Is this the year that the 18th-century business model of fine art auction houses, with its 21st-century reputation for high costs and low profits, will finally be transformed by digital technology and luxury?

In June, Thierry Ehrmann, the founder of the analytics company Artprice, said that Patrick Drahi’s $3.7bn acquisition of Sotheby’s confirmed “the art market’s entry into the digital era of the 21st century”. According to Ehrmann, Sotheby’s purchase price—a 61% premium on the closing price of the company’s stock—reflected Drahi’s “genuine confidence in Sotheby’s capacity for exponential development via a digital mutation”.

It has some way to go. In 2018, online transactions were estimated to represent less than 10% of the world’s $67.4bn art and collectables sales, according to this year’s Art Basel and UBS Art Market Report. A relatively small customer base, as well as the uniqueness and expense of original works of art, have always made it difficult for digital technology to change the auction business in the way it has revolutionised, say, music sales.

But first, the bottom line. A vigorous cost-cutter, Drahi reportedly plans to achieve $66m of savings at Sotheby’s, according to Bloomberg. Some say the figure could be as high as $100m, with most of the savings achieved by ending share-based compensation packages. Last year, Sotheby’s reported a net income of $108.6m from $6.4bn of sales, a margin of just 1.7%. Personal luxury goods brands typically reported income margins of around 20% in 2018, according to a report by the US management consultants Bain & Co. Cutting costs might improve Sotheby’s thin profits, but many question where the growth will come from.

With this in mind, Sotheby’s new chief executive, Charles Stewart, has announced a major restructuring of the business. The auction house will be divided into two global divisions: the first called Fine Arts; the other, Luxury, Art and Objects. The former will be led by Amy Cappellazzo, the chairman of Sotheby’s current fine art division.

Crucially, Stewart described Sotheby’s new luxury, art and objects division as “equally important” in an email to staff. Categories such as watches, wine, jewellery, 20th-century design, Asian art, books and decorative art were identified as “the key growth areas”. The auction house created a luxury and lifestyle division in 2017, and last year Sotheby’s raised $118m from its wine sales, the company’s highest ever total and a 20% increase on 2018.

According to Stewart, luxury gives Sotheby’s a major opportunity “to further develop new sales channels, including marketplaces, e-commerce and even retail—putting us on a path for future growth”. 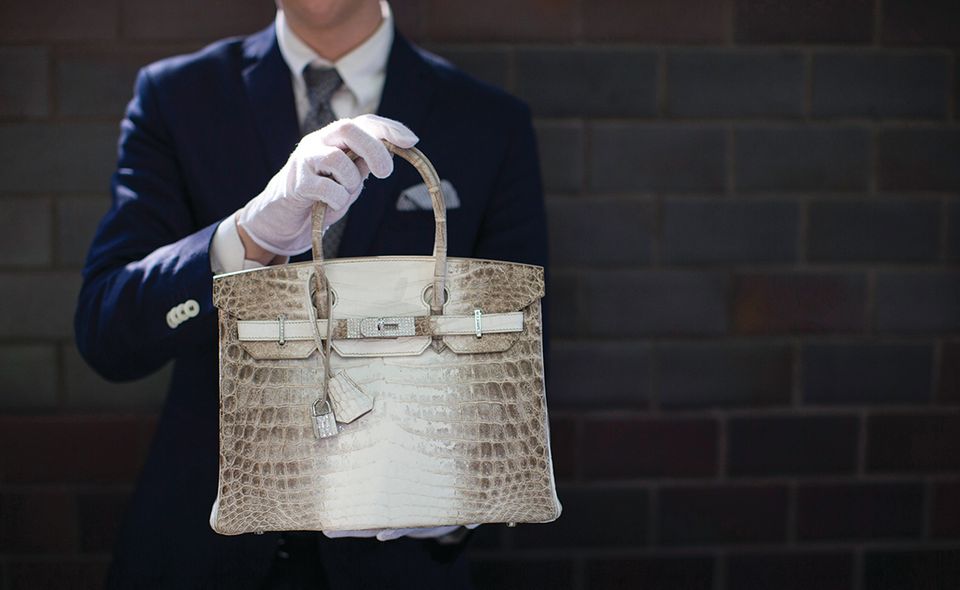 Between 2013 and 2018, global sales of personal luxury goods—such as this Hermès Birkin handbag, which sold at Heritage Auctions in 2014—increased from €212bn to €260bn Reuters/Mario Anzuoni

A similar strategy has already been adopted by Sotheby’s arch rival Christie’s, owned by the French billionaire François Pinault, the founder of the Kering luxury group, which includes Yves Saint Laurent and Gucci among its brands. Under the leadership of chief executive Steven Murphy from 2010 to 2014, Christie’s put particular emphasis on developing online-only auctions of designer handbags, watches and jewellery, and increasing sales and marketing in Asia. In 2017, a ten-year-old Hermès Birkin Himalaya handbag sold at Christie’s Hong Kong for a record $383,522.

Auction sales of fine and decorative art and antiques, particularly in traditional collecting areas, are shrinking. In 2018, public sales of such material raised around $29.1bn, slightly lower than the $29.9bn achieved back in 2013, even though the world’s population of dollar millionaires had increased by a third during that period, according to the Art Basel and UBS report.

Unlike Sotheby’s and Christie’s, Phillips sells only 20th-century and contemporary art, watches, design and jewels. “Auction houses have to think differently about their business. There’s a global movement towards luxury lifestyle. The classic categories are now a niche market,” Dolman says.

That point was underlined in December when Phillips raised $20.2m from 74 lots in its New York auction of watches. By contrast, Sotheby’s pre-Christmas evening sale in London of Old Master paintings, historically the most prestigious and valuable of all auction categories, totalled just $18.5m, albeit from 39 lots.

When it comes to art, “auction houses are successful when they get the supply right,” says Guy Jennings, the managing director of the Fine Art Group, a London-based advisory company and a former deputy chairman of Sotheby’s Europe. “They do well when they have good, fresh material. It’s about people and connections,” he adds.

Many art-world insiders are wondering to what extent the cost-conscious Drahi was aware of the kind of business he was taking on. Thanks to the ongoing battle for market share, fine art auctioneering has become one of the few sectors in which the agent, by giving up a share of its own fees, actually pays the seller for the privilege of handling an eight- or nine-figure transaction. (Cataloguing and marketing expenses may even result in a loss for the agent.)

A $100m Picasso might make headlines, but the profits lie elsewhere. Lots valued at less than $500,000, where auction houses charge substantial fees from both the seller and the buyer, are particularly lucrative. The question is whether technology can leverage this “sweet spot” of income.

Marc Sands, the chief marketing officer at Bonhams, which was acquired in 2018 by the London-based private equity firm, Epiris, says that auction houses are “very conservative organisations”. That said, Bonhams is also moving into luxury. This year the company plans to hold its first four auctions of pre-owned designer handbags and fashion items. Two live sales will be held at its Knightsbridge rooms, scheduled for April and September, plus two further online-only sales.

According to Sands, who was previously chief marketing officer at Christie’s from 2014 to 2018, “the fundamentals of auctions should be conducive to new technology”, although he adds that “it is not the silver bullet”.

Although online-only auctions remove the expense of printed catalogues and can be more profitable than live sales, lots still have to be valued and processed by a number of human employees. An effective app, website and digital bidding channel can, however, increase turnover, particularly at a mid-market auction house such as Bonhams, where the vast majority of lots sell for under £250,000, Sands says.

“But to deliver technological change, you need someone who understands it,” he says. “You can’t do it all yourself.” In October, Bonhams announced that it was partnering with the aggregator sites Invaluable and thesaleroom.com.

Back in 2000, Sotheby’s collaborated with Amazon to create an “internet auction marketplace”. The timing proved premature and the partnership dissolved in 2002. Now, Sotheby’s once again has its own bidding platform, is also partnering with Invaluable and, in Drahi, has a new private owner whose patchwork portfolio of telecoms businesses delivers the latest digital technology to tens of millions of consumers.

“His background is perfect to shake up Sotheby’s and shake up the industry,” says Rob Weisberg, the chief executive of Invaluable. Like Ehrmann, Weisberg believes that Drahi is “going to advance the evolution of the industry.”

Weisberg admits that the “desire to see the piece with your own eyes” continues to be a barrier for the expansion of online sales at higher values, particularly for older clients. But as the digital image has for many become almost preferable to reality, and transactions on phones become ever more routine, Weisberg believes that that barrier could be broken.

Back in 1958, Sotheby’s transformed the international auction market when its then chairman Peter Wilson created the glitzy “black tie” evening sale, a format (albeit without the black ties) that remains the main driver of art sales at Sotheby’s, Christie’s and Phillips.

Can Drahi’s technological know-how create sales at which wealthy clients in Guangzhou, Mumbai, Los Angeles and Moscow regularly bid millions against each other for Picassos and Patek Philippes on their mobile phones? Now, that really would be an exponential mutation of the auction business.