Archaeologists find remains of houses on stilts, possibly dating to 1000BC, which indicates Lucerne was settled earlier than thought 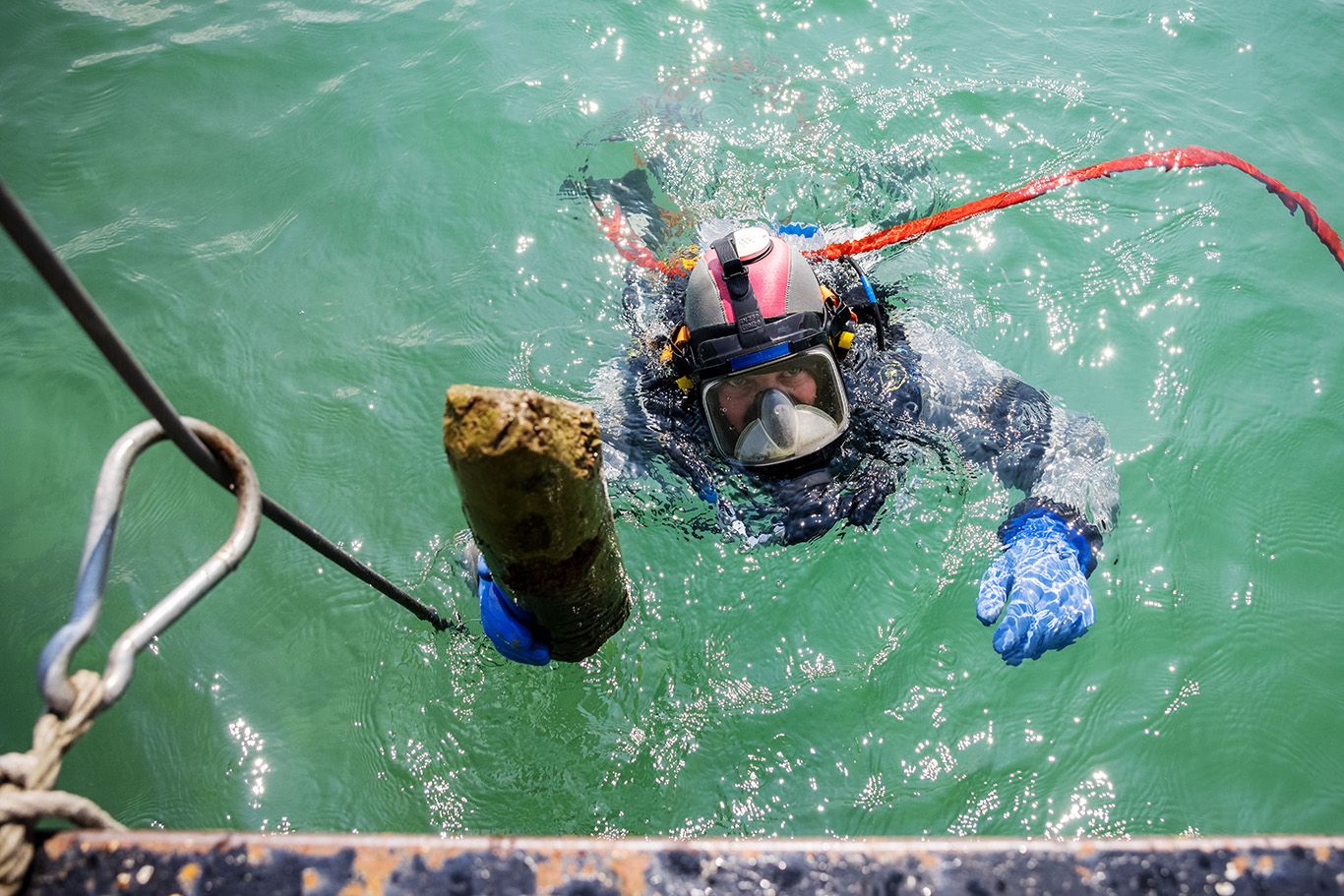 A diver emerging with a piece of wood retrieved from below the muddy bed of Lake Lucerne, where archaeologists have found the remains of houses that once stood on stilts. Philipp Schmidli

Archaeologists have discovered the remains of a Bronze Age village beneath Lake Lucerne in Switzerland. According to a press release, the settlement had long lain hidden under the lake’s muddy floor but was revealed when a trench was being cut for a new water pipeline between December 2019 and May 2020. In March 2020, the excavation unearthed pottery and wooden poles that were identified as prehistoric by a team of underwater archaeologists.

The artefacts were then carbon dated to around 1000BC in the Bronze Age, when the lake level was five metres lower than today, leaving more inhabitable land in its vicinity. The archaeologists conducted further dives in February of this year.

Putting the evidence together, the archaeologists concluded that the wooden poles were the remains of “pile dwellings”—houses that stood on stilts beside lakes or on riverbanks—indicating that the Lucerne area was settled around 2,000 years earlier than previously thought. Settlements of this kind were common from 5000 to 500BC. Due to the often excellent preservation of organic artefacts—like the wooden poles at Lucerne—such sites provide glimpses into life during Europe’s Neolithic and Bronze Age phases. Discoveries at similar sites include Europe’s earliest surviving textiles, made 5,000 years ago, and wooden cartwheels from 3400BC.

In 2011 the “Prehistoric Pile Dwellings around the Alps” were added to the Unesco World Heritage List. This listing includes 111 sites spread across Switzerland, Austria, France, Germany, Italy and Slovenia. Of these, 56 are in Switzerland.