A feast for the senses: a new crop of museum restaurants go beyond the gallery walls

The newly expanded San Francisco Museum of Modern Art and the new-ish Broad in Los Angeles have more than a few things in common. They have sleek horizontal white buildings that pop against the blue California sky. They have holdings of big blue-chip artists in great depth, from Warhol to Koons. And now, they both have adventurous restaurants helmed by former head chefs of the Michelin-starred The French Laundry.

Otium at the Broad opened last November under Timothy Hollingsworth, with critic Jonathan Gold soon calling it the city’s “most ambitious new restaurant in years” and putting the “foie gras funnel cake” on his list of top 10 dishes for 2015.

This June, Hollingsworth’s former boss, Corey Lee, opened his new concept restaurant at SFMOMA. In Situ is billed as an “exhibition restaurant” since its menu consists of dishes selected—or “curated”—from the work of other chefs worldwide, from Oakland to Bangkok.

The French Laundry connection is no accident, as the Broad and SFMOMA are among a growing group of American museums seeking to develop dining spots that are cultural destinations in their own right, as a way to drive income, expand the art-going audiences and better serve existing visitors.

“We expect to generate some revenue but that’s not the biggest factor,” says Neal Benezra, the director of SFMOMA. “It’s more about improving the quality of the visitor experience,” he adds, noting that the museum also has a café that is more accessible and affordable than In Situ.

Otium takes the trend one step further in that it is not even financially overseen by the museum: it is a partnership of the Broad Foundation and the restaurant group Sprout. Broad director Joanne Heyler says Otium, planned “as an amenity not just for visitors but for the whole neighborhood”, has been fully booked week after week. 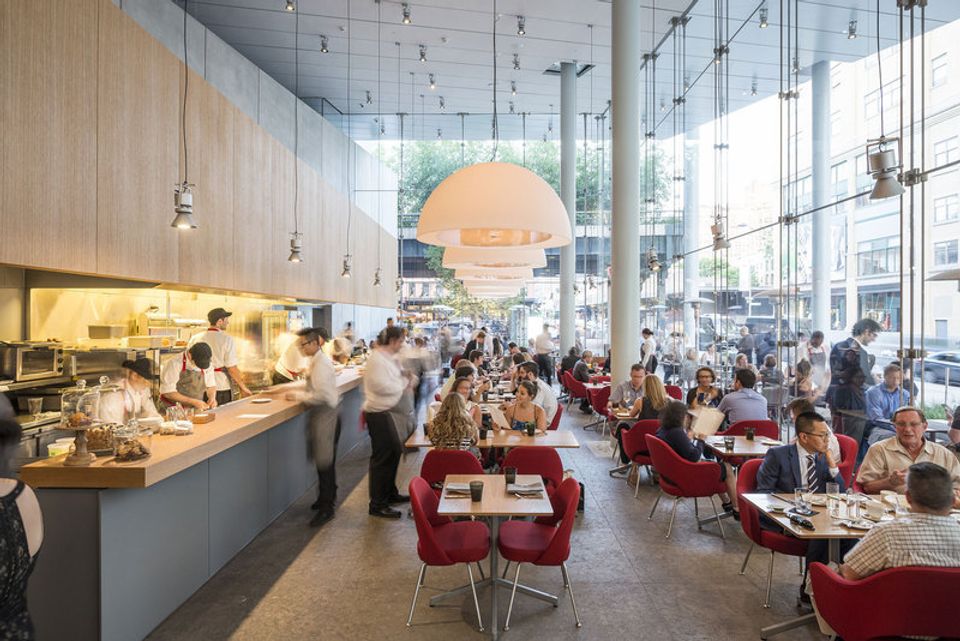 Since opening five years ago, Ray’s and Stark Bar, which enlivens the plaza of the Los Angeles County Museum of Art, has become a popular meeting spot—a refuge on the museum campus and on that particular stretch of Wilshire Boulevard.

In New York, the Whitney Museum’s director Adam Weinberg says that its restaurant Untitled does generate income for the museum but, like others, he did not have specific numbers. He also spoke about getting a bite—as well as getting some fresh, terrace-level air—as a way to give museum-goers a break. “It used to be that going to a museum meant entering a dark tunnel and you would come out on the other end three hours later,” Weinberg said. “Now, you can do your art in segments.”

And then there’s the aesthetics of taste. “A total experience in the museum should be about using all of your senses,” Weinberg says. The Whitney is experimenting with crossover these days, he added, with some of Liz Craft’s sculptures in the group show Mirror Cells (until 21 August) spilling over from the eighth-floor galleries into the Studio Café nearby.

The Whitney’s restaurants are run by Danny Meyer’s Union Square Hospitality Group, also behind New York MoMA’s offerings, most notably The Modern (currently closed for renovation until mid-September). When it opened in 2005, it set the bar high for museum dining, winning a James Beard award for “best new restaurant” and another for “outstanding design” the following year.

Interestingly, both Untitled and the Modern keep later hours than their museums’ exhibitions—and both are accessible from street level. These are small signs of a bigger trend: restaurants designed to serve more than the over-tired and crazy-hungry museum visitor.

Madeleine Grynsztejn at the Museum of Contemporary Art Chicago says that her new restaurant, part of a larger renovation overseen by architects Johnston Marklee, will open in June 2017. Like so many others, this restaurant will focus on local and seasonal fare. Unlike others, it stands to benefit from the fact that the museum hosts a farmer’s market on its plaza, making for a menu that is especially “accessible, creative and vegetable-forward,” she says.

Directors’ cuts The Art Newspaper asked museum directors to share their favourite dishes from the restaurants they know best. Each offered a starter, a main and dessert. 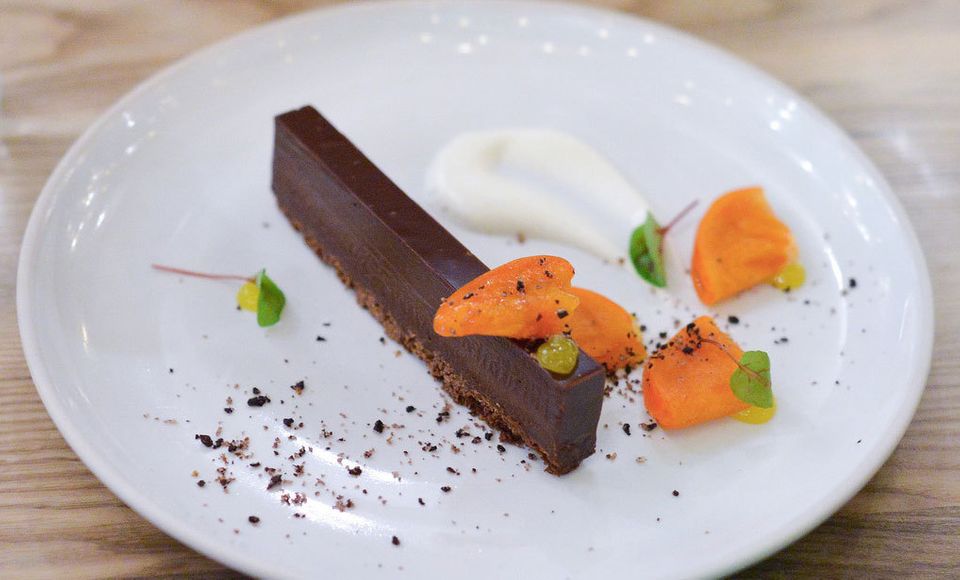 Joanne Heyler of the Broad at Otium 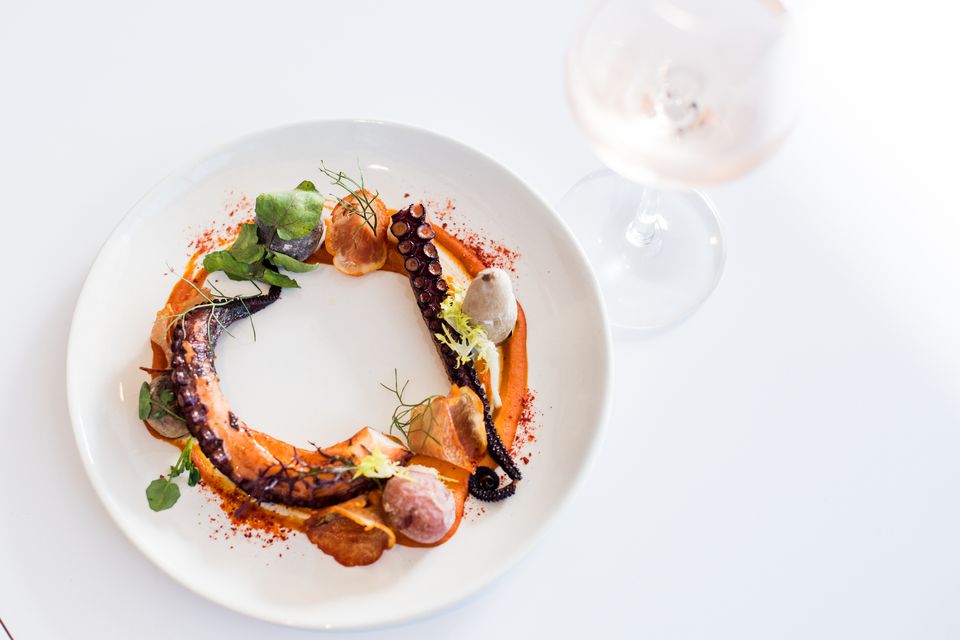 Michael Govan of Lacma at Ray’s and Stark Bar 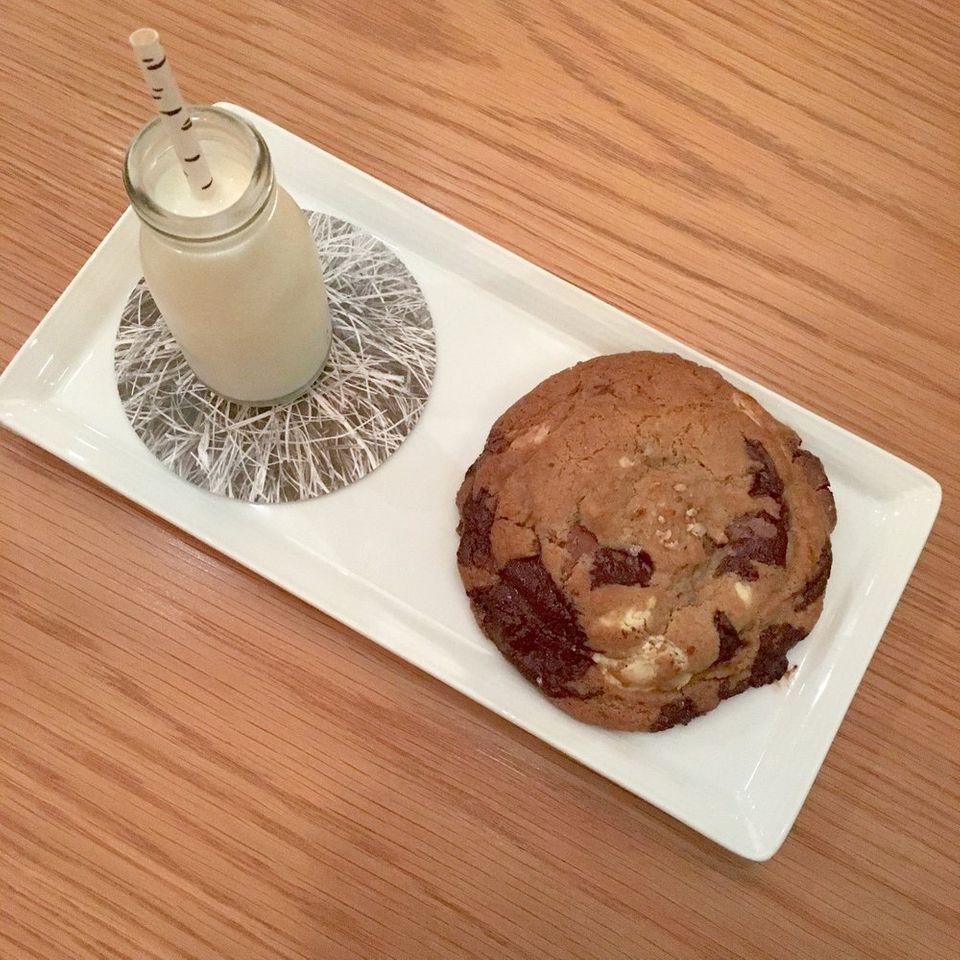 Adam Weinberg of the Whitney at Untitled

Roasted and fried chicken with polenta and Swiss chard 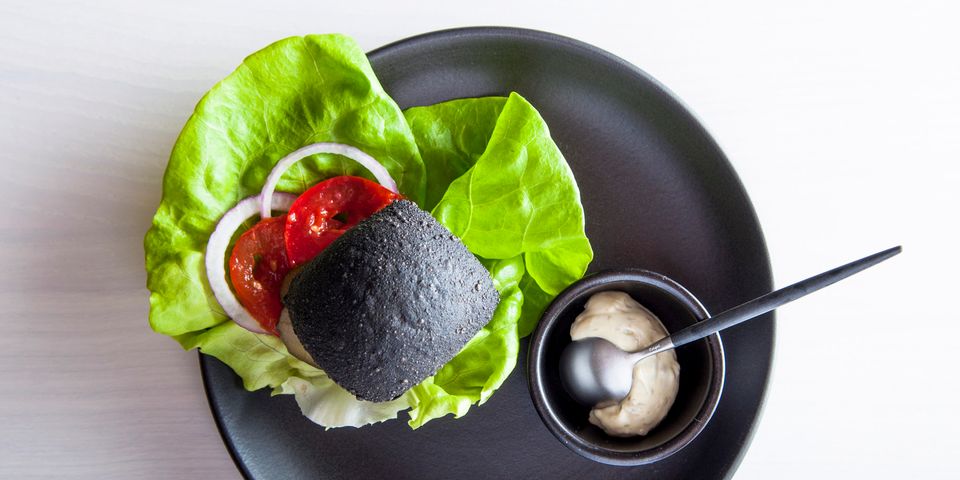 Neal Benezra of SFMOMA at In Situ