Hella Mewis, who works to promote young Iraqi artists, was abducted yesterday by unidentified men in the centre of the city 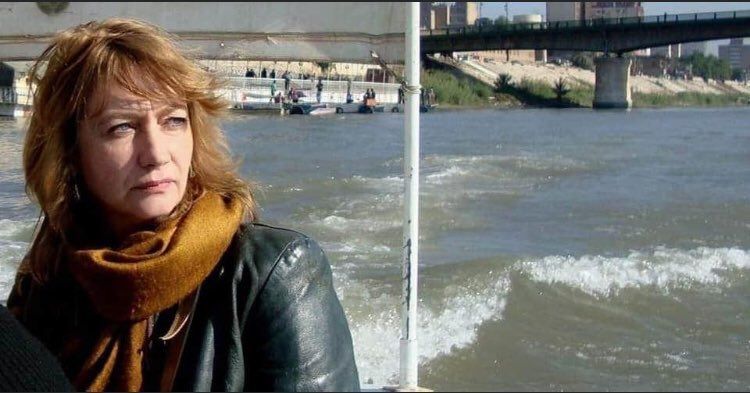 The German curator Hella Mewis was kidnapped in Baghdad yesterday, according to media reports Image: #freedom_for_hella/Twitter

Hella Mewis, a German curator and arts manager, was kidnapped last night by unidentified armed men in Baghdad, according to news reports citing local activists. The Frankfurter Allgemeine Zeitung (FAZ) said she was leaving her office in the centre of the city on her bicycle when two vehicles approached and the assailants seized her from a car.

Mewis, a Berliner who has lived in Baghdad since 2012, was involved in the founding of Tarkib, an independent artists’ group. She is also engaged with Bait Tarkib, a culture institution that aims to promote and foster emerging Iraqi artists. Among the stated goals on its website is to “provide Baghdadi youth and women with a safe haven to express their ideas through exhibitions, public performances, trainings and workshops.” Mewis has also worked for the Goethe Institute, according to the FAZ.

German foreign minister Heiko Maas told a press conference in Athens that his ministry’s crisis unit has been activated. “But we won't make any public comment about it due to concern about the wellbeing of the victim,” he said. “We have begun in the ministry to address the case and seek a solution which will secure the victim and their wellbeing.”

UPDATE: This article was amended to include a statement from the German foreign minister.