Cuban artist builds a long and winding journey to nowhere 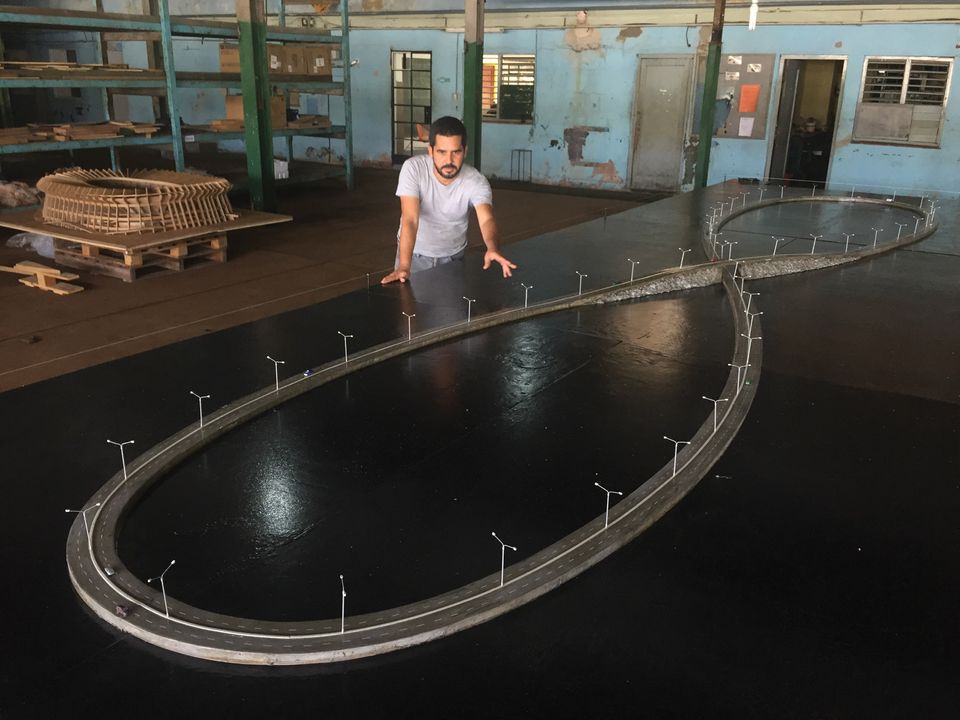 Wilfreo Prieto with his model of Viaje Infinito, which when complete will cover 490 acres Courtesy of Wilfredo Prieto

The Cuban artist Wilfredo Prieto has broken ground on his most ambitious public art project—a road in the shape of an infinite loop. The 1km-long highway, Viaje Infinito (infinite journey), on 490 acres in Prieto’s hometown, Sancti Spiritus, in central Cuba, was announced at the 13th Havana Biennial in April, and is expected to be completed within two years.

The work is being constructed in a largely rural area, with several agricultural communities scattered around it. “[We] thought it was a good place to experiment with, since it’s largely uncultivated,” says the artist's lawyer Yoel Perez, who is helping to facilitate the project’s permitting and fiscal components. “The proposal is to do a local development project that’s sustainable over time,” Prieto says. The artist plans to use LC3, a new type of cement that reduces carbon dioxide emissions created during the production process.

The work came out of Prieto’s consideration of “the rhythm of my life as an artist”, he says. “You become nomadic, always going from fair to fair, from museum to gallery to biennial. And yet you always have a return to your centre, to your point of departure. It’s almost as though the new experiences help you get back in touch with your own education, with your own culture, like an eternal returning cycle.”

Prieto is working with the support of the Cuban government, which will finance part of the project. The artist would not comment on the government’s recent crackdown on dissident artists, but Viaje Infinito can be read as an oblique reference to the situation many Cubans find themselves in. “Prieto often speaks precisely about the impossible—of failure and abandonment,” says the curator Gretel Medina, who often collaborates with the artist. “Viaje Infinito, with its roadway that drives the passenger to absolutely nowhere, suggests and makes viable the idea that you’ll never get to where you’re going, and likewise never stop.”