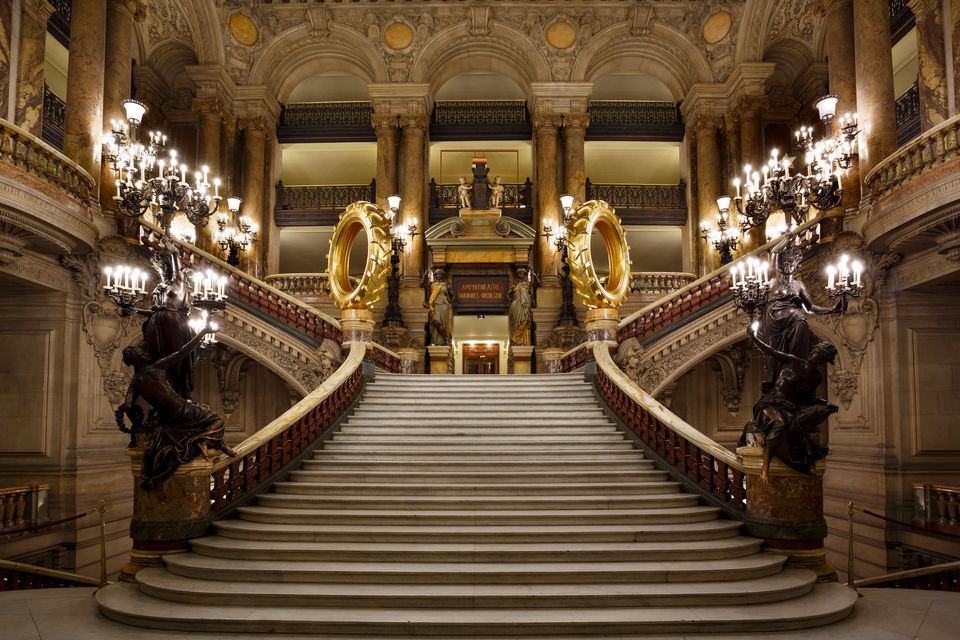 An installation by the French artist Claude Lévêque at Palais Garnier, the opulent Paris opera house, has been greeted with controversy by visitors following its unveiling at the end of December. Titled Les Saturnales, the installation is the result of a carte blanche commission to celebrate the Opéra de Paris' 350th anniversary and is comprised of a sequence of works, including two golden tractor tyres on the grand staircase.

Lévêque’s work has been compared with Jeff Koons' Bouquet de Tulipes, which will be installed on a lawn behind the Petit Palais, and with Paul McCarthy's green sex toy sculpture, Tree, installed on the Place Vendôme in 2014. Yet several people have taken to Twitter to express their discontent with Les Saturnales, some questioning the artwork's relationship to opera and others accusing it of being ugly and too “bling bling”. One Twitter user wondered whether the opera house has been sponsored by Michelin, the French tyre maker.

“These reactions don't surprise me because we're in a very strongly pronounced place of heritage and this quarrel between ancient and modern will always exist,” Lévêque says. “They're mostly reactions from people who haven't seen the entire path [of works] but just an article or a tweet with an image of the two tractor tyres on the grand staircase. The two tyres have been chosen because they galvanise, for me, the organic and mechanic aspect of the symmetrical, ornamentally-charged architecture of the Palais Garnier, which is a call for performances.” 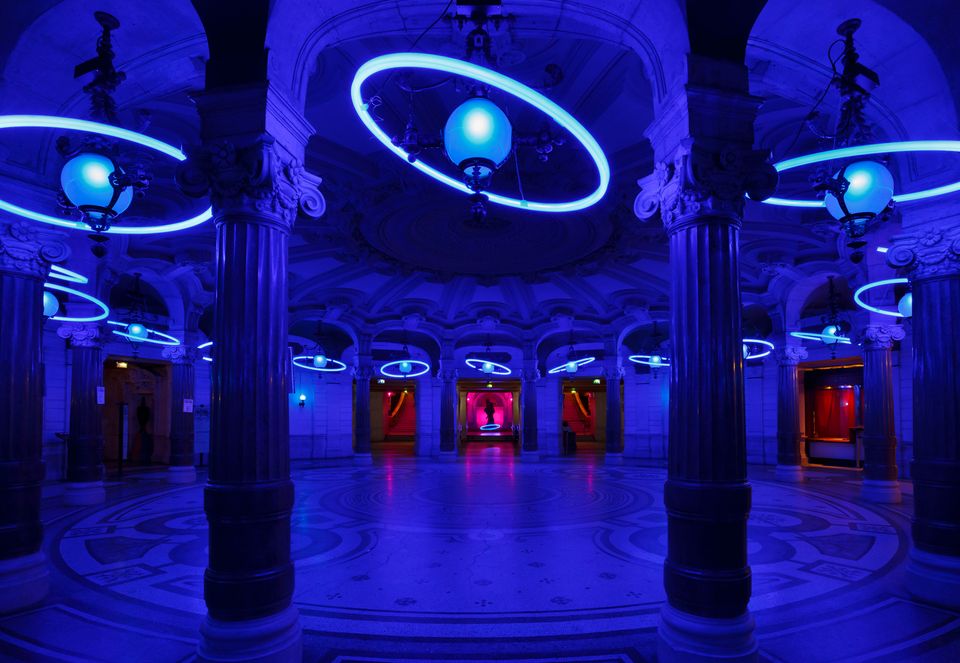 Lévêque has created artworks for the Opéra de Paris' two venues. A tiara made of white neon, evoking an emblematic feature of ballet, crowns the exterior of the Opéra Bastille (which opened 30 years ago) while the Palais Garnier features several interior works that engage with the opera's decor. A dozen white neon halos adorn the ceiling of a room bathed in blue and another ground floor space is bathed in pink. The works are intended to subvert the sense of set display and conjure the idea of pagan feasts. Some observers have praised their originality and how they evoke rural French life and industry.

Claiming that there is no “will for provocation”, Lévêque says: “I understand completely that it could be perceived as a contrast to what one might expect from a heritage showcase but there's nonetheless a more discreet public that appreciates and totally understands what I wanted to express.” Referring to Daniel Buren's installation of black-and-white columns, Les Deux Plateaux, in the Palais Royal courtyard, Lévêque says: “There's still a chance for some contemporary artists to make things evolve.”

This is hardly the first time that the Opéra de Paris has been mired in controversy. When Marc Chagall was commissioned by the former culture minister André Malraux to made a new ceiling for the Palais Garnier in the 1960s, he faced staunch criticism. This resulted in Malraux agreeing to preserve the original, 19th-century ceiling designed by the painter Jules Lenepveu and place that of Chagall on top of it.