A tale fit for Homer: the decade-long odyssey of Athens’s National Museum of Contemporary Art

This is a shortened version of an article originally published by the Balkan Investigative Reporting Network. The writer is a freelance journalist who also worked at the museum in the communications department, from November 2012 through 2014.

Athenians were taken by surprise one sunny September day when the scaffolding around a former brewery building came down to reveal the façade of Greece’s new contemporary art museum. This was more than two years ago, but the building remains closed to the public, and no art occupies its spacious white interiors.

The saga of the National Museum of Contemporary Art (EMST) shares many of the elements of Greece’s current economic and political crisis: chaotic stewardship of public and EU money (some €35m has been spent), political twists and turns, legal battles, and controversial deals between the public and private sectors.

The official reason for the museum remaining closed is a lack of money. However, the Balkan Investigative Reporting Network (BIRN) has revealed that millions of euros are potentially available to the museum, but the money remains frustratingly out of reach due to legal, political and bureaucratic obstacles.

Vangelis Stylianidis, the architect responsible for the project, says the building will soon need substantial maintenance because it has been left unoccupied for so long. In his central Athens office, he lights a cigarette and laments “the Greek state’s inability to complete something”, describing the empty museum as a “ghost in the city”. 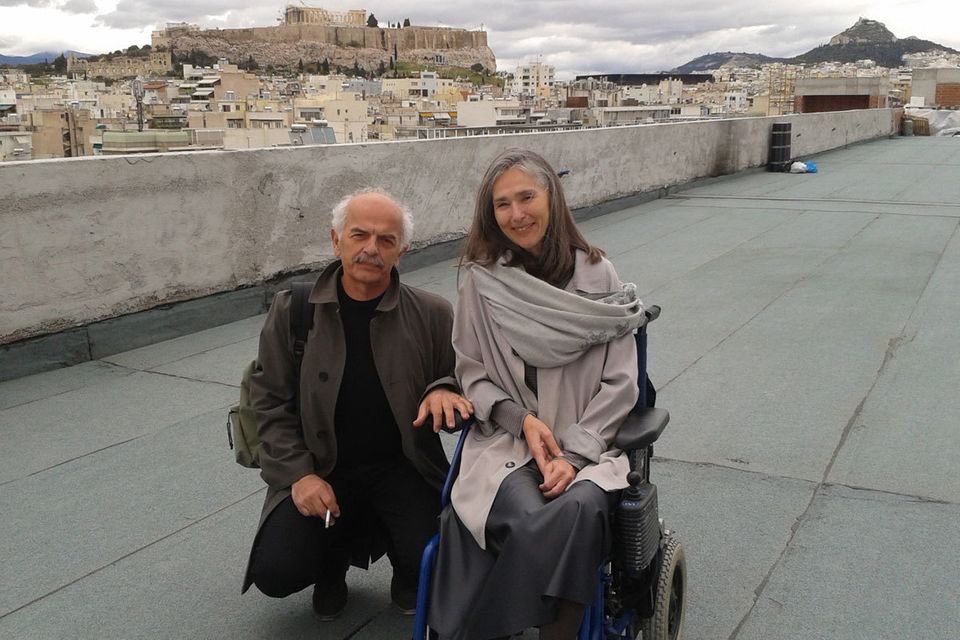 The idea for a national contemporary art museum was discussed in Greece for decades. The museum was finally established by law in 1997 but existed only on paper until its first director, Anna Kafetsi, was appointed in January 2000. A well-known curator who had been working in the National Gallery of Greece since 1983, Kafetsi was among the first to organise big exhibitions of Greek and international contemporary art in the 1990s.

She was also the driving force behind the decision to house the museum in the derelict Fix building, named after the brand of beer once brewed there. Soon after her appointment, Kafetsi “occupied” part of the ground floor.

“I had nothing. Just an office inside a half-ruined building. An isle of tidiness amidst the chaos. Every time it rained, my heart would start trembling, because the ceiling leaked and threatened the art,” she recalls in her seaside home outside Athens.

A few minutes away from the Acropolis on Andrea Sygrou Avenue, the brewery had been abandoned for more than two decades. With its long, clean lines and glass-walled ground floor, the 1957 concrete building by the architect Takis Zenetos was one of the finest examples of post-war industrial architecture in Greece. 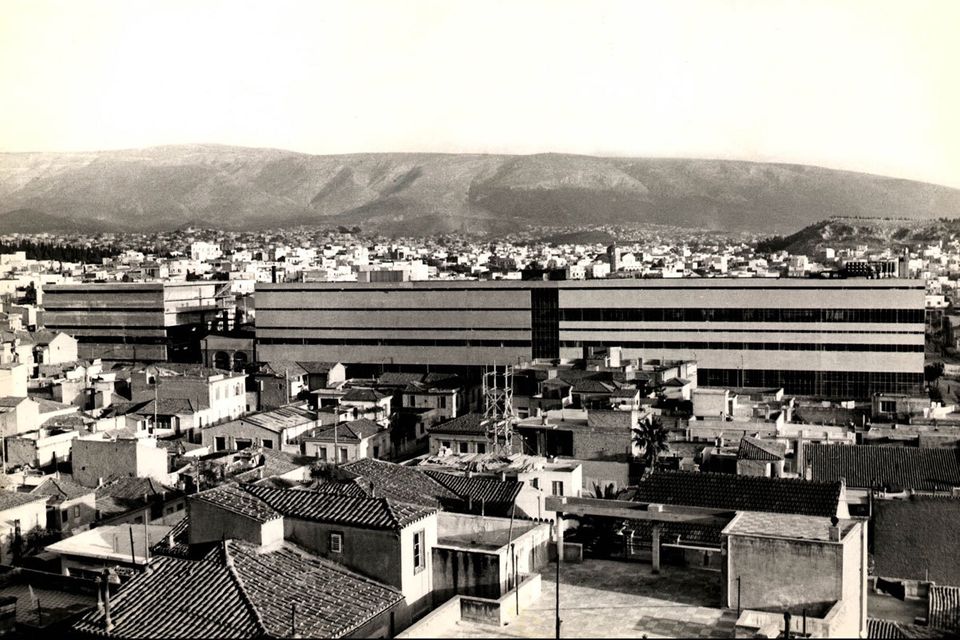 The iconic 1957 Fix brewery building, in its heyday. Half of the building was later demolished. Photo: National Museum of Contemporary Art

Kafetsi immediately started to show contemporary Greek and international art in a 1,800 sq. m exhibition space on the ground floor. She also started to build a permanent collection from scratch and organise educational programmes. The collection now holds more than 1,000 works by Greek and foreign artists including Bill Viola, Mona Hatoum, Wolfgang Laib, Kendell Geers, Shirin Neshat, Gary Hill, Nan Goldin, and Spencer Tunick. Yet it has never been exhibited in its entirety.

In 2003, the museum moved out of the Fix building so that reconstruction could start. For the following 11 years, it moved from one interim venue to the next, but even those temporary exhibitions stopped in December 2014. “I proved how the impossible can be possible. How to offer something when you have nothing,” Kafetsi says.

The renovation at least had a straightforward beginning. A project manager was chosen and the architects, led by 3SK Stylianidis, one of the biggest firms in Athens, were sel ected after an international competition.

Then Greece elected a new government in the spring of 2004, leading to a change at the top of the Culture Ministry. It wasn’t until June 2006 that the museum awarded the renovation contract to Bioter SA, the construction company behind an annexe for the private Benaki Museum in Athens. It submitted the lowest bid of €24.43m—31% below the cost estimated by the project manager.

The contract stipulated that the work should be complete by June 2009. But two years later, the museum’s board said that less than 10% of the project had been completed, and it declared the contract void.

Bioter sued, saying the museum was unrealistic about the work that needed to be done. For example, it says it unexpectedly had to spend 14 months clearing asbestos. In May 2015, a court dismissed Bioter’s claim but the company is expected to appeal to Greece’s Supreme Court.

One interesting fact to come out of Bioter’s lawsuit are the guarantees it says it secured from various banks, totalling nearly €9.16m. These funds were transferred to an account in the museum’s name, the court documents state. At the end of 2014, the total including interest was more than €13m, museum officials say. But the museum has not touched that money due to the legal dispute with Bioter. Nikos Kalogeras, a former president of the museum’s board, sums up the irony of the situation: “We have a poor museum with millions.” 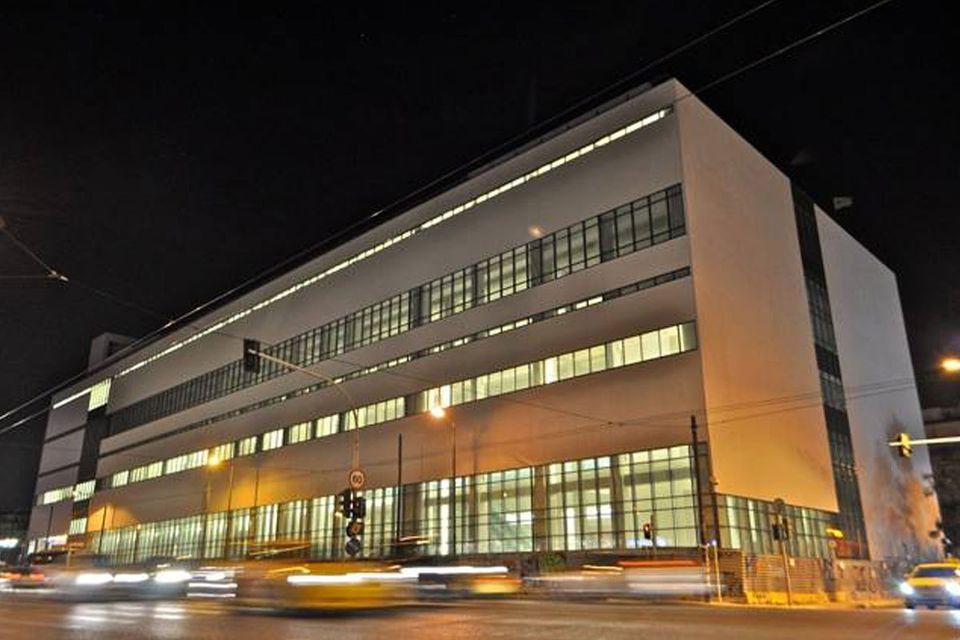 The museum eventually signed a new contract for the renovation with Aktor SA, the company that came third in the original tender process. It completed the work by February 2014. But for a contemporary art museum to operate, some infrastructure is required, from sophisticated audio-visual equipment to mundane items such as a ticketing system. Given the dire condition of Greece’s public finances, the state says it cannot pay for this final phase.

A solution seemed to have been found when the Stavros Niarchos Foundation, one of Greece’s leading philanthropic organisations, announced in April 2014 it had approved a grant of €3m for the “immediate completion” of the remaining work.

But there was some small print. The foundation required the museum to create a non-profit body to receive the grant, and the state had to guarantee both a budget for the museum’s first three years and sufficient staffing levels to allow it to operate. The non-profit body was created in April 2015, but confusion has reigned over a staffing plan.

And then there is the budget. Nikos Xydakis, the country’s culture minister until late August 2015, has acknowledged this would have to increase from around €400,000 into the millions to allow the museum to open. But politicians are reluctant to commit that much to a museum in such a difficult financial climate.

As a consequence of these delays, the Stavros Niarchos Foundation withdrew its grant in November 2015. The museum’s current director Katerina Koskina has downplayed the move, saying the museum can reclaim the money by submitting a new request.

“It remains to be seen whether constructing the museum building will prove to have been easier than opening the actual museum,” Kafetsi says. “Everything concerning this museum happened in an unorthodox manner… But then, if it had not been unorthodox, it would simply not have been at all.”

• Fotini Barka is a freelance journalist based in Athens who previously worked at the daily newspaper Eleftherotypia. This article, which was shortened for publication in The Art Newspaper, was produced as part of the Balkan Fellowship for Journalistic Excellence, supported by the ERSTE Foundation and Open Society Foundations, in cooperation with the Balkan Investigative Reporting Network.