A Wall Street lobby restored to its former glory 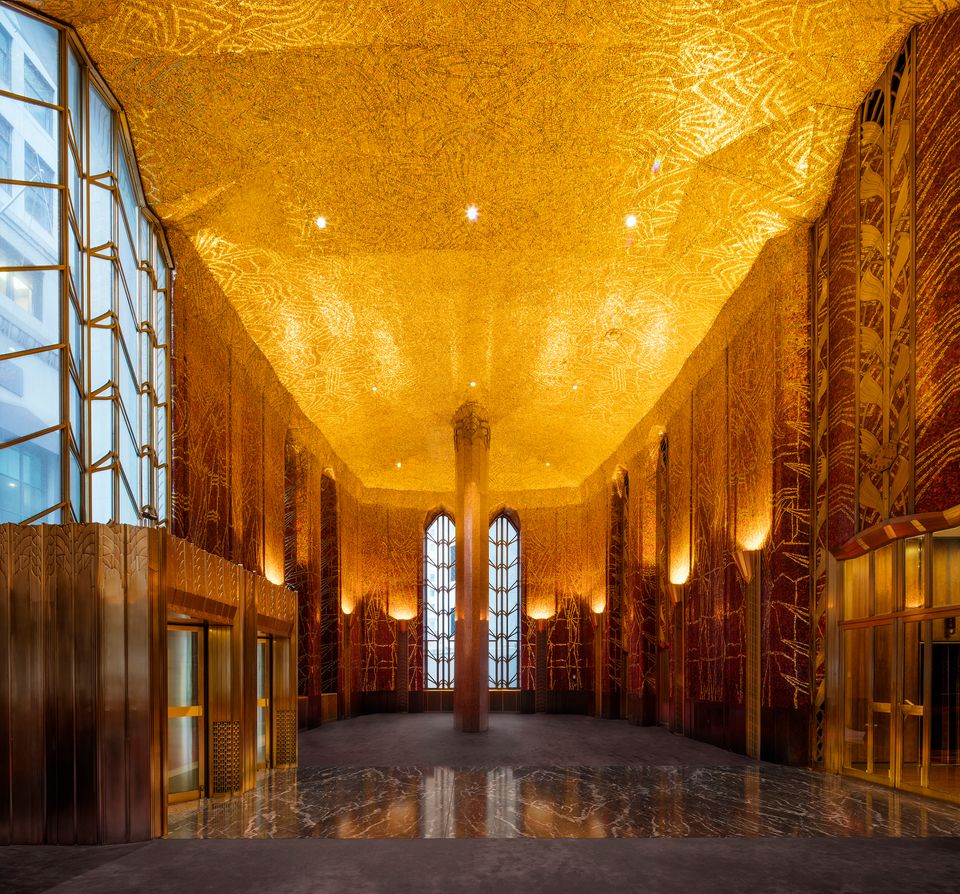 The “Red Room” at One Wall Street, designed by Hildreth Meière and once used as a banking hall in the 1930s DBOX on behalf of Macklowe Properties

For 18 years it has been sealed off from the New York public: a soaring mosaic-clad lobby that represents the pinnacle of Art Deco design in a 1931 office tower that invites comparisons with the Chrysler Building or Empire State Building.

Now, after a yearlong $1m restoration, developers are planning to feature the 33-foot-high lobby as a selling point in a mammoth conversion of the 51-storey Wall Street structure from office building to residential tower. Known as the Red Room, the ground floor features a 13,000 sq. ft floor-to-ceiling mosaic stretching from floor to ceiling in oxblood red, orange and gold-leaf that attests to a striking design collaboration.

“Executed by two people at the top of their game but not necessarily household words­­­”­—the architect Ralph Walker and the often-overlooked muralist Hildreth Meière­­—“it represents kind of a high point in inter-war design, which we call Art Deco,” the architectural historian Thomas Mellins says of the lobby. Its blend of “extravagance and gravitas”, “ballyhoo and seriousness” reflects “a corporate client who is translating things that are coming from Europe in a particular way”.

When the building opened in 1931, that client, the Irving Trust Company, used the ground floor as a banking hall. The lobby’s exotic red-gold design and use of space “may have inspired a sense of awe, but there was an intention on the part of the bank to create something that was welcoming as well”, says Mellins. “It’s walking a line between the two.”

From the outset after the developer Macklowe Properties acquired the building in 2014, it intended to restore and celebrate the lobby, says Andy Golubitsky, the development manager for the project , known as One Wall Street, on behalf of Macklowe. In 2016, a year of conservation work began, says Joseph Boscoe, the developer’s senior project manager.

The restoration team scrubbed the tiles with a nonabrasive cleaning solution, and all of the metal weaving through the lobby was stripped to make way for a new lacquer, Boscoe says. Pieces of brass were refabricated, he adds, and window handles in the lobby that had disappeared were replaced. 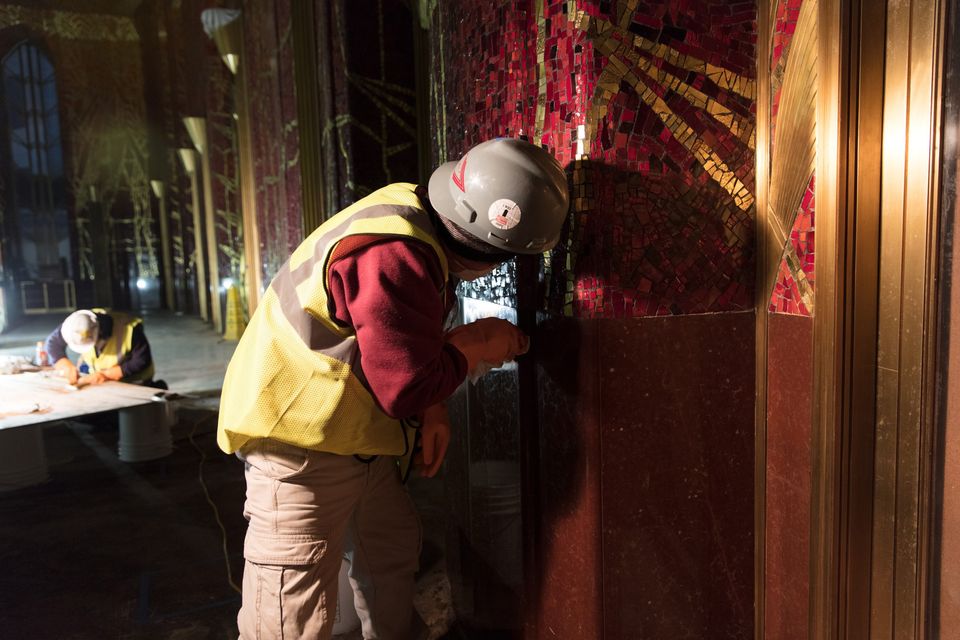 There was a bit of serendipity: before the restoration, when workers were emptying the office building to make way for Macklowe Properties, they discovered two big boxes of unused tile dating from the 1930s, Boscoe says. Restorers used them to replace tile that had degraded.

Both Walker and Meière were picky about materials, commissioning the manufacture of the glass tiles by the German firm Pühl & Wagner, Mellins says. The firm had intended to fabricate paper-backed segments of the Red Room designs in Berlin and have them installed at the building by an American company, Ravenna Mosaic, he adds, but the New York mosaicists' union objected and the project was ultimately executed by both German and American workers.

Mellins says that he recently came across “wonderful” drawings on rolls of brown paper that Meière and her assistants executed by hand that reflect the “gestural quality of the gold veins running through the red background”. Some of these Red Room studies are currently on view in Hildreth Meière: The Art of Commerce at the Fairfield University Art Museum in Connecticut, he adds.

“Much of her other work is less abstract and more figurative,” he says. “I think the abstract quality of the Red Room stands out.”

While the Irving Trust building constituted Meière's first collaboration with Walker, there were others to follow: according to Mellins, she worked with different iterations of Walker's firm on the AT&T Long Distance Building (1932) in New York, the AT&T Pavilion at the New York 1939 World's Fair and and Prudential Plaza (1960) in Newark.

Boscoe says that Macklowe Properties plans to use the ground floor to market the 566 condominium apartments created at One Wall Street starting late this year or early next year. Once the building is occupied, says Golubitsky, the lobby will function as a retail space. “That was always part of the game plan,” he says. “It will be open to the public, who can walk in from the street.”