Okwui Enwezor’s show All the World's Futures starts with a bang at the Giardini’s Central Pavilion with the word “Fine” (the end), courtesy of Fabio Mauri. Perhaps we need to start from the end, from a new square one, if we are to successfully reinvent or reimagine the future? The start is therefore a solid one because the themes of Mauri’s work—a reflection on history and the weight of the social and political responsibilities that the artist must carry—chime perfectly with those of the director’s exhibition. 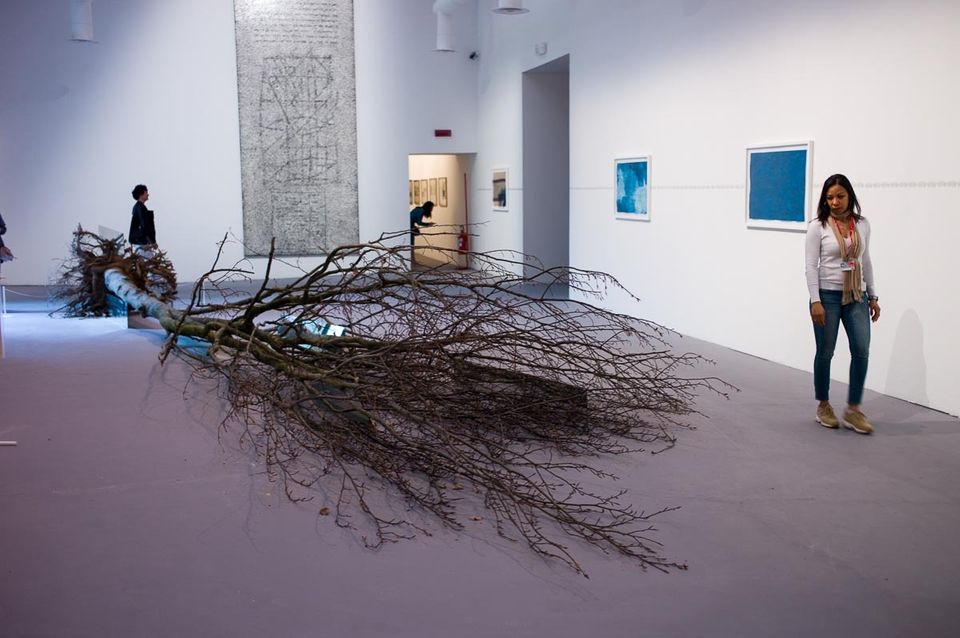 For those of us who have unpleasant memories of Enwezor’s 2002 Documenta, in which aesthetics were drowned by theory, this exhibition will come as a welcome surprise. Yes it’s true; the heart of the space at the Giardini has been taken over by David Adjaye’s “Arena”, which serves as a platform for extended readings of Karl Marx’s Das Kapital, or less-than-light-hearted excerpts from Joana Hadjithomas and Khalil Joreige’s Diary of a Photographer. But as a whole, the exhibition provides a good balance of installations, video, photography, painting and sculpture. There is many a room full of visually arresting pieces, such as Huma Bhabha’s totemic sculptures, which are surrounded by new and hypnotic paintings by Ellen Gallagher, or the space occupied by Dead Tree, a work by the late land-artist Robert Smithson.

An enticing mix of history and vision, drama and utopia, this exhibition has a pleasant rhythm. The walls in Hans Haacke’s room, for example, are plastered with statistics and diagrams from a survey (political, of course) of museum visitors, but at the centre of the room is a pivoting fan, installed on the floor and facing the ceiling, that unpredictably swells a light blue veil that is held in place by fishing lines—an almost poetic ode to levity. The “memento mori” of Marlene Dumas’ ominous skull paintings is counteracted by the vitality and freedom that exudes from the paintings of the Australian Aboriginal artist Emily Kame Kngwarreye, who has no formal training and whose work is entirely divorced from any traditional type of Aboriginal iconography. There is equal space for the apocalyptic visions of Thomas Hischhorn’s installation, which tears open the roof of the room in which it’s installed, and of Wangechi Mutu’s animated video The End of Carrying All, and the irony of Jeremy Deller’s jukebox, installed against a backdrop of fire and brimstone. 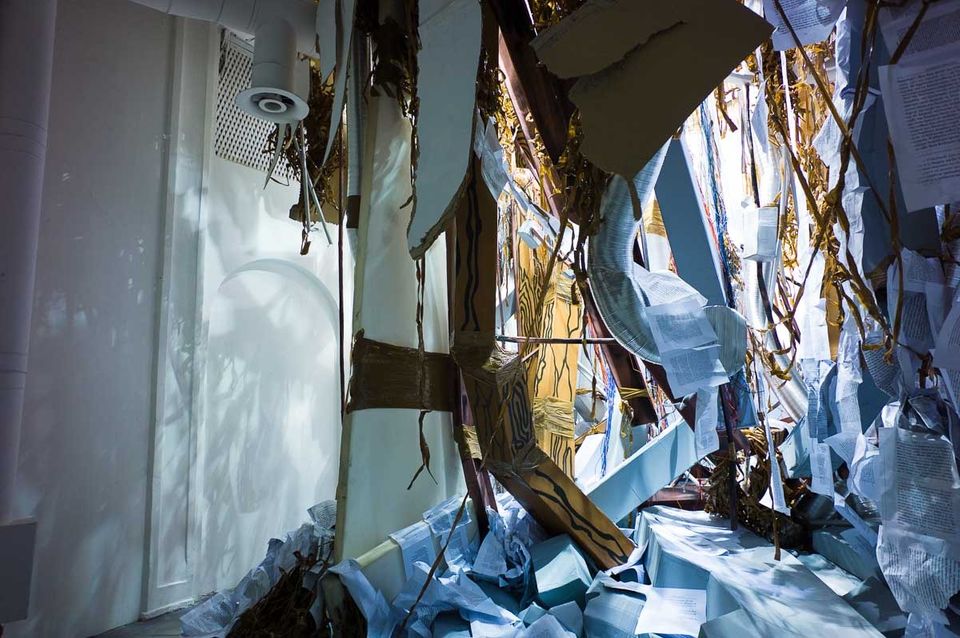 However, and as always, it is the Arsenale that offers the best space for works with a strong visual impact. The Corderie opens with Bruce Nauman’s neon works, which hang on the walls, while menacing works by Adel Abdessemed—large knives and swords—stick out of the floor. Further on we encounter Katharina Grosse’s room, which appears ripped apart by the fall of a meteorite. Even a protest against Putin takes on a spectacular shape here, as the Russian artist Gluklya’s giant mannequins are lined up against the faded red brick wall.

Visitors at the Arsenale are accompanied by audio works, which follow them throughout the space: the exhibition is punctuated by Lili Reynaud Dewar’s work, in which excerpts of text that address themes such as sexuality, activism and freedom are sung out and accompanied by a jazz piano courtesy of Jason Moran; Sonia Boyce’s piece Exquisite Cacophony; the ringing of an old bell that has been welded together with metal left-overs from the war in Iraq (a work by Hiwa K); Allora & Calzadilla's piece, in which the Vox Nova Italia chorus sings songs from Hayden’s Creation, inspired by the Book of Genesis and Milton’s Paradise Lost; and the Japanese bells in the work Animitas by Christian Boltanski, which fully atone for the violent spasms of his video L’Homme qui tousse, on show at the Giardini.

The Arsenale is also ideal for works that require visitor interaction, such as Maria Eichhorn’s, which invites us to paint monochrome paintings, or Dora Garcia’s performance piece, while Rirkrit Tiravanija is selling bricks seared with the Chinese characters for “Don’t ever work” and donating the proceeds to charity (the bricks are numbered 1 to 14,086—enough to build a house for a small family in China). 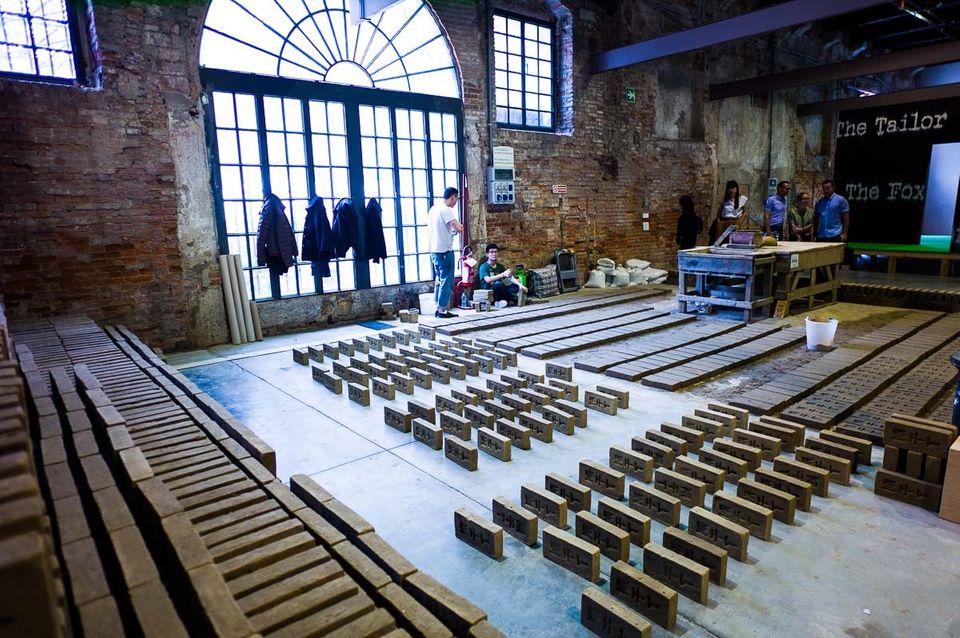 Another notable aspect of the Arsenale show is the presence of de facto solo shows, from Carlos Basualdo, Thea Djordjadze, Qiu Zhijie, the urban architects Rupali Gupte and Prasad Shetty, to Terry Adkins, an artist who died too soon and who worked at the interstices of music and sculpture, all of whom prove that form, if supported by valid ideas, needn’t succumb to theory or to a complex curatorial vision.