As works head to market, organisation reminds members that its relaxed rules were not adopted to “incentivise” art sales 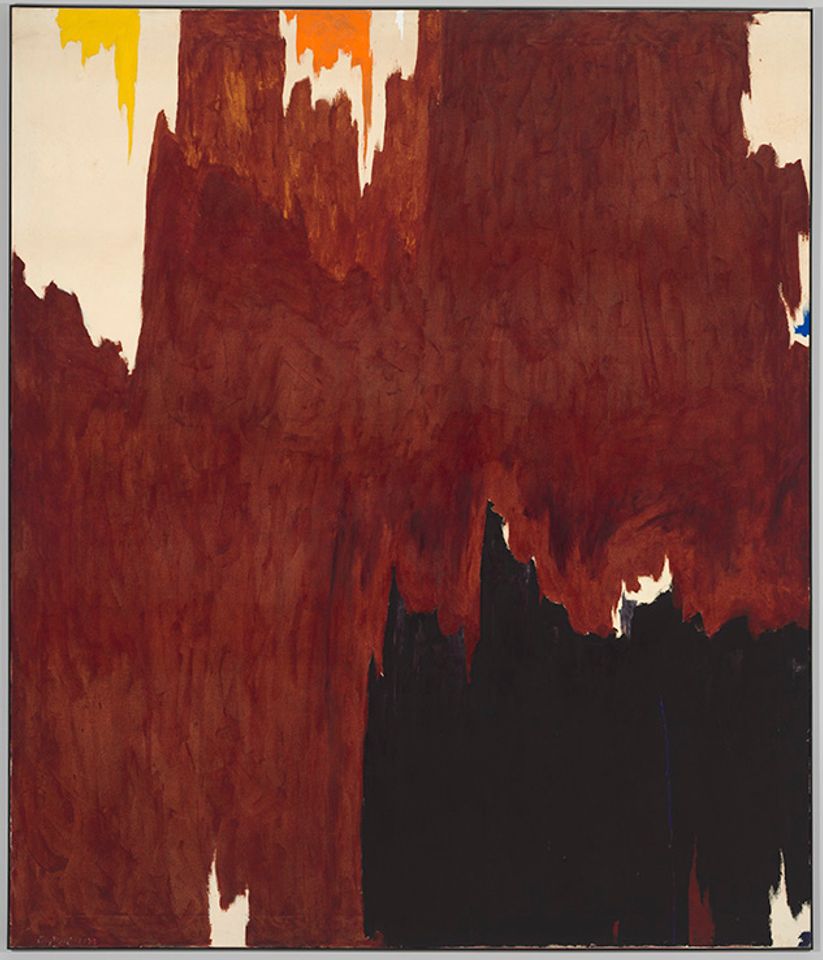 Clyfford Still, 1957-G (1957) is among many deaccessioned works headed to the block at Sotheby's Wednesday night Courtesy of Baltimore Museum of Art

After relaxing its rules on deaccessioning in April, the Association of Art Museum Directors (AAMD) is telegraphing concern about the growing number of museums moving to sell off important works of art.

A memorandum sent to its members raises the question of whether the AAMD's board is queasy about deaccessioning decisions like the controversial move by the Baltimore Museum of Art (BMA) to sell three blue-chip paintings. Two of the three works, Clyfford Still’s Marden’s 3 (1987-88), with an estimate of $10m-$15m, and Still’s 1957-G, estimated at $12m-$18m, are to be auctioned by Sotheby’s on Wednesday night.

In the AAMD memo, Brent Benjamin, president of the association’s board of trustees, emphasises that resolutions adopted by the organisation in April “were not put in place to incentivise deaccessioning, nor to permit museums to achieve other, non-collection-specific, goals”.

Responding to the financial crisis wrought by the coronavirus pandemic, the association’s April resolutions allowed museums to devote the proceeds from selling art to “direct care” of their collections, whereas they were formerly limited to using the money to buy more art.

“The resolutions are designed to address the pandemic and its unpredictable impact on the economy, charitable giving and opportunities for people to gather in groups—all of which affect art museum audiences, operations, and finances,” Benjamin writes. “I recognise that many of our institutions have long-term needs—or ambitious goals—that could be supported, in part, by taking advantage of these resolutions to sell art.

“But however serious those long-term needs or meritorious those goals, the current position of AAMD is that the funds for those must not come from the sale of deaccessioned art,” he adds.

The memo does not mention any museum by name. But on Wednesday, 14 former presidents of the AAMD submitted a letter to the chair of the BMA's board of trustees asking the museum to cancel the Sotheby's sale. “As past presidents of the Association of Art Museum Directors, we affirm our support of yesterday's statement by AAMD President Brent Benjamin that 'the funds for...long-term needs—or ambitious goals...must not come from the sale of deaccessioned art', and urge the Baltimore Museum of Art to reconsider its planned sale of artworks this evening,” the terse letter states.

The BMA has reported that it is not squeezed financially. It has said that the estimated $65m in proceeds from its sales will go towards collections care, including increasing staff salaries, as well as enhancing the museum’s appeal to a long-neglected local community; diversity and inclusion initiatives; and adding more works by women and people of colour to the collection.

In addition to the works by Marden and Still, the institution is privately offering Andy Warhol’s painting The Last Supper (1986) through Sotheby’s.

In published comments, Christine Anagnos, executive director of the association, has found the deaccessioning by the BMA as well as a parallel move by the Brooklyn Museum to raise $40m in funds for collection care to fall within AAMD guidelines. The second round of works offered by the Brooklyn Museum, including pieces by Monet, Matisse, Degas, Miró and Dubuffet, are also to be auctioned at Sotheby’s on Wednesday night.

“This is also clearly part of a wider set of issues facing the field, and I think any conversation about deaccessioning—or, really, any area of art museum operations right now—has to be seen in the context of the two big present challenges,” Anagnos told The Art Newspaper this month.

“One is the pandemic, and the other is the ongoing work to address a range of DEAI [diversity, equity, access and inclusion] needs; both are important and both require resources,” she said. “Given that, whether the focus is Brooklyn or Baltimore, what these museums are doing makes some sense.”

Through a spokesman, Benjamin and Anagnos declined to comment on the AAMD memorandum to members.

Previously museums and their directors faced sanctions from the association if they funnelled money from art sales into anything other than purchasing more art. The association’s moratorium on such sanctions extends to April 2022.

Laurence J. Eisenstein, a Washington attorney and former BMA trustee, has submitted a letter with over 180 signatories to the Maryland attorney general and secretary of state seeking to block the sale of the three BMA paintings. He contends that the AAMD memo supports his case and says that it has been sent to the attorney general as well.

“The chair of AAMD has issued a statement which makes absolutely clear that the Baltimore Museum of Art's deaccessions are in violation of the April 2020 AAMD guidelines,” he writes.

“While the statement, issued just days before the proposed sale of two important collection works at Sotheby's 28 October evening auction and the impending private sale of a third, does not mention the BMA by name, it specifically addresses the very circumstances surrounding the BMA's deaccessions, which the director of the BMA has explicitly emphasised are the result of a 'mission-driven initiative' and not based on financial hardship,” he writes.

Of the $65m in anticipated proceeds from the BMA's sale, around $54.5m would be used to create a new BMA “endowment for the future” that would generate about $2.5m annually for the direct care of the museum's collection.

“Critically, the [AAMD] statement also states that funds from deaccession may only be used for the direct care of the collection for a limited two-year period, from April 2020 until April 2022,” Eisenstein says in an email. “Thus the Baltimore Museum's plan to create a long-term endowment, to fund the museum into the future, is clearly outside the scope of permissible uses of deaccession funds.”

This article has been updated to include the submission of a letter to the board chair of the Baltimore Museum of Art by 14 past presidents of the Association of Art Museum Directors asking the museum to reconsider a sale of important paintings at Sotheby's.