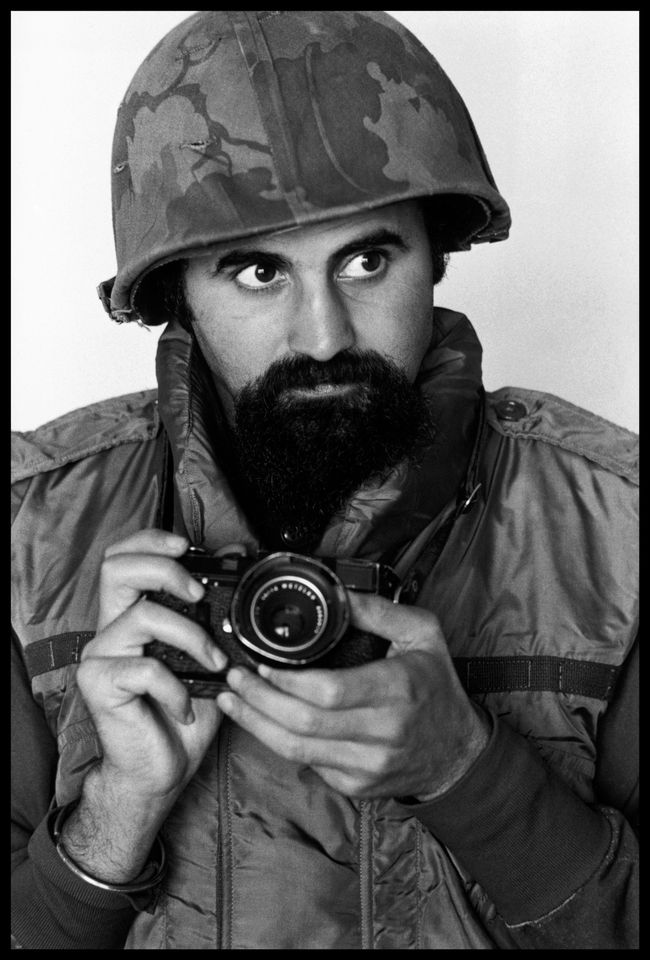 Abbas wears helmet and flack-jacket while covering the war in South Vietnam, 1973 A. Abbas / Magnum Photos

On Wednesday (25 April), the Iranian photographer Abbas Attar (1944-2018), known simply as Abbas, died in Paris, aged 74. One of Magnum’s veteran photographers, his decades-spanning career blurred the line between photojournalism and art. The core of his work focussed on political conflict and religion—and, at times, the chaotic intersection between the two. “He was a pillar of Magnum,” said the agency’s president Thomas Dworzak shortly after his passing. “A godfather for a generation of younger photojournalists.”

Before capturing the tumultuous days of the Iranian Revolution between 1978 and 1980 on film, Abbas had already covered conflicts in places like Vietnam, Bangladesh and Northern Ireland. It was the revolution in his homeland, however, that had the greatest impact on the photographer in terms of his future interests and the subjects that would come to dominate his lens. Jarred by the power of religious belief and the fervour and their role in the rise of Ayatollah Khomeini, Abbas later travelled the world to document the rites and rituals of not only other Muslims, but also adherents of other major faiths, including Christianity, Buddhism, Hinduism and Judaism. The photographs he took on his journeys culminated in such books as 1994’s Allah o Akbar: A Journey Through Militant Islam, which garnered newfound attention after the 11 September attacks in New York, as well as Faces of Christianity: A Photographic Journey (2000) and Gods I’ve Seen (2016). 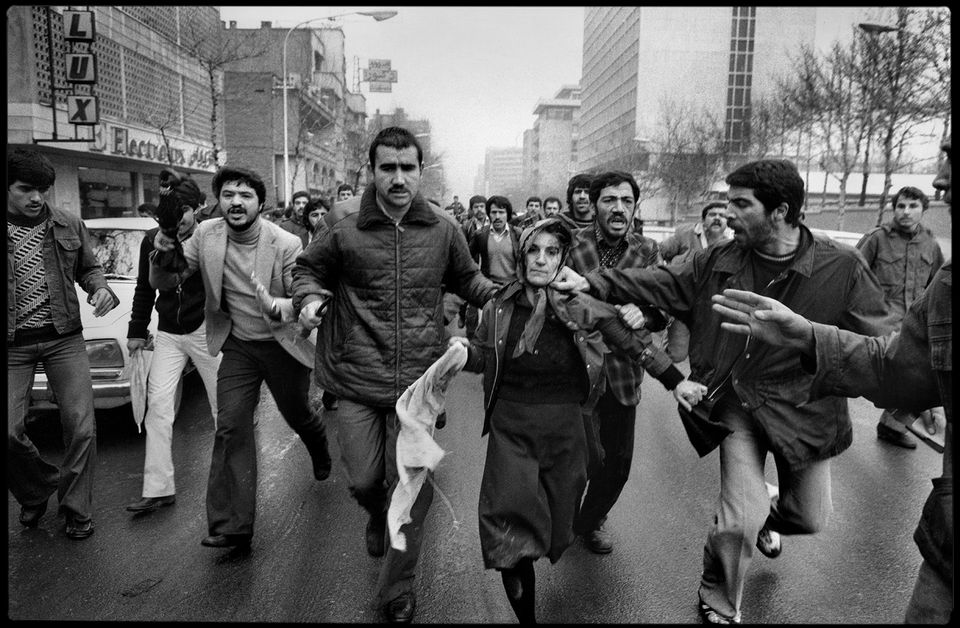 A woman, believed to be a supporter of Iran's Shah, is mobbed by a revolutionary crowd after a demonstration at the Amjadiyeh Stadium in Tehran, on 25 January 1979 A. Abbas / Magnum Photos

According to Abbas, in a 2017 interview with Magnum, there are two photographic methods: “One is writing with light,” he said, “and the other is drawing with light.” While he viewed other Magnum photographers like Henri Cartier-Bresson as adherents of the latter, the former was the foundation of Abbas’ practice. In lieu of placing his focus on single moments in time, he looked at his photographs as interlinked elements of a greater whole. In this sense, Abbas was a storyteller, and his images were pages of tales on celluloid, which were no less arresting when viewed (or rather, read) in isolation.

In the same interview, Abbas noted that it was a 1968 trip to New Orleans that made him understand the importance of what he called “sequencing”, or creating a narrative thread through a series of images. Examples of this can be seen in Abbas’s book Return to Mexico: Journey Beyond the Mask (1992), a document of his travels through the country in the 1980s.

His books aside, Abbas’ work has been the subject of exhibitions in galleries and museums around the world, including the Tehran Museum of Contemporary Art, the National Museum of Singapore, Galerie FNAC and the Magnum Gallery in Paris, and the Grey Art Gallery at New York University.

“It is with immense sadness that we lose him,” Dworzak said. “May the gods and angels of all the world’s major religions he photographed so passionately be there for him.”