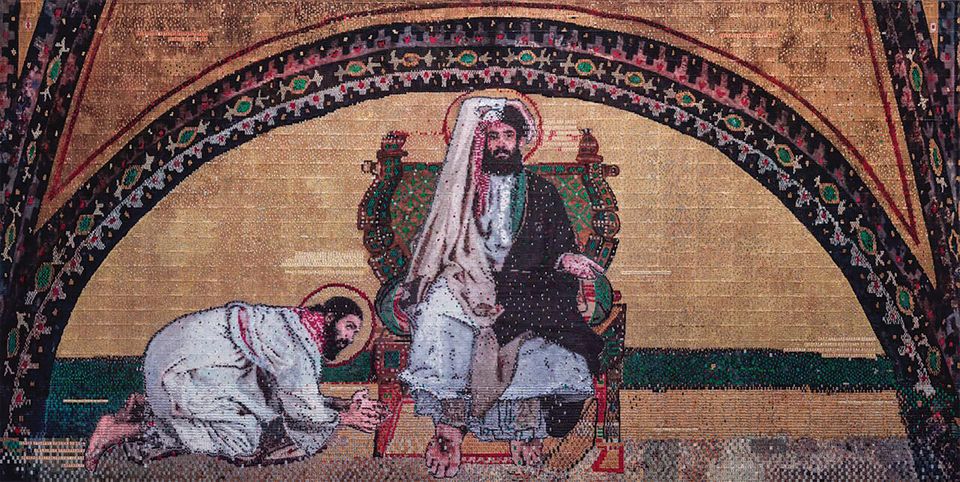 A painting by the Saudi Arabian artist Abdulnasser Gharem was removed from display at the Abu Dhabi Art fair last month after government officials raised concerns about the piece, which focuses on the Sunni-Shia divide in the Middle East. The work, titled Prosperity Without Growth (2017), was withdrawn during the VIP opening from the stand of the Cologne-based dealer Brigitte Schenk. It was later hung in the back room of the booth, and sold to a private collector.

The Art Newspaper understands that representatives of the Abu Dhabi Tourism & Culture Authority, which runs the fair, objected to the picture’s content. Schenk says: “Gharem often focuses on the processes that divide people, such as political or religious structures—as, for example, the Shiite and Sunni conflict—in order to make clear that it is about the unity of religions and the unity of all people in their diversity.”

The organisers of Abu Dhabi Art say that the work remained on the stand in a different location throughout the fair, and was viewed by leading collectors and visitors. “Abu Dhabi Art reserves the right to request that participating galleries change the location of works without infringing in any way on the right of the gallery to sell the works that it has brought to the fair,” the organisers say in a statement.