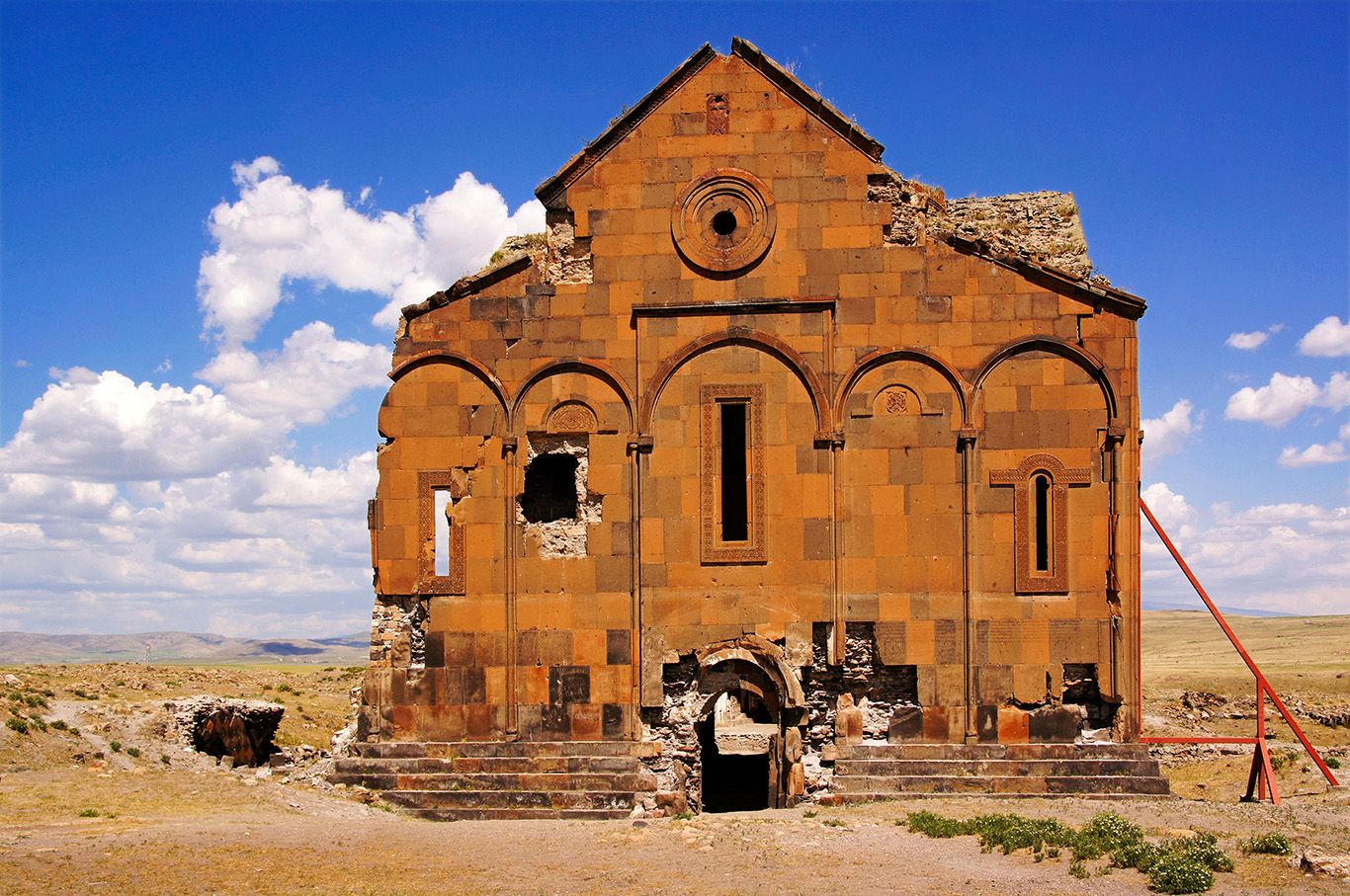 An agreement between Turkey and the United States to combat the illicit trade in antiquities and other cultural property has divided historians and preservationists over whether the accord will curb smuggling or undermine minority heritage that faces neglect or worse.

A memorandum of understanding signed last month imposes US import restrictions on archaeological objects 250 years or older that the Turkish government has not licenced to leave the country. The aim is “to reduce the incentive for pillage of irreplaceable archaeological and ethnological material representing Turkey’s cultural heritage,” according to the agreement, which becomes binding once the governments notify each other that their procedures for enforcement are ready.

The US is considered the second-biggest destination after Europe for illegally sourced antiquities, a criminal industry estimated to be worth as much as $6bn, although hard figures are scarce. The US State Department has signed bilateral agreements with a host of countries to stem the trade and bolster a Unesco convention from 1970 to which both Turkey and the United States belong.

“For the [Unesco] treaty to have domestic effect under American law, an MOU is needed,” says Tess Davis, executive director at the Antiquities Coalition, which supported the agreement. “US import restrictions can deal a major blow against the global black market in looted Turkish antiquities.”

The agreement arrives in response “to looting on a grand scale” in Turkey over the last decade or so, says Omur Harmansah, an archaeologist at the University of Illinois at Chicago who directs an archaeological survey project in central Turkey and wrote a letter in support of the memorandum. “The only way to stop this is to limit the circulation of antiquities and cut down the antiquities market, which is what this agreement does.”

The accord also expands cultural exchanges between the two countries, which Harmansah says could encourage more travelling exhibitions or long-term loans between US and Turkish museums. The agreement could also ease challenges for American archaeologists who face bureaucratic hurdles in leading excavations, observers say.

New rules do not apply to thousands of objects

The new rules will not be retroactively applied to the tens of thousands of objects, some held by Western collectors and museums, that Turkey seeks to repatriate. But it will forestall future costly legal disputes, Turkey’s culture minister, Nuri Aksoy, said at the 19 January signing.

Turkey is studded with vestiges of myriad civilisations, from Neolithic temples to Roman amphitheatres to medieval cathedrals and Ottoman mosques. Critics accuse the Islamist-rooted government of prioritising certain periods and cultures, motivated by tourism revenues or nationalist policies. Sites and objects from Turkey’s Hellenistic period draw millions of visitors each year, while Byzantine and Armenian heritage is often neglected or suffers from substandard restoration work.

While the memorandum does not address immoveable cultural property, poor stewardship of World Heritage-listed sites in recent years points to a chequered record on protecting minority cultures, according to the memorandum’s opponents, including Armenian-American and Greek-American lobbying organisations that promote the rights of those dwindling communities in Turkey. Other critics include the Global Heritage Alliance and the Association of Art Museum Directors (AAMD), which argue that Turkey has not fulfilled the prerequisites of the deal by failing to safeguard cultural sites.

Turkey “is taking affirmative steps to eradicate some of the country’s most important heritage—particularly that of its minority cultures and religions—through state-sanctioned destruction of cultural patrimony,” the AAMD said last year in a letter opposing the agreement. It also objected to what it called an overly broad designation of restricted materials.

Last summer, the Turkish government converted the sixth-century Hagia Sophia and the medieval Chora—built as Byzantine churches, used as mosques during the Ottoman Empire, then deconsecrated as museums during the early years of the secular Turkish republic—back into mosques despite protests from Unesco and Western governments that the move diluted their universal value. The old quarter of the mainly Kurdish city of Diyabakir was ravaged by Turkish military operations against insurgents in 2015 that began within weeks of its inscription on the World Heritage List.

Evacuating property that belonged to non-Muslims would rob archaeologists and historians of the context required for their research, Harmansah of the University of Illinois cautions. “Any kind of circulation of artefacts is a very ethically and politically questionable position to support,” he says. Instead, he believes the memorandum will now push Turkey to be more diligent about all cultural heritage protection.

The memorandum is a “powerful tool” to persuade Turkey to adhere to international norms on saving at-risk heritage, Davis of the Antiquities Coalition says. “Advocates for minority cultural heritage in Turkey should view this MOU not as an obstacle but as a stepping stone to further their critical work. It gives them a mechanism to make their voices heard and realise much-needed change.”

Still, the history of Armenians, victims of a genocide by Ottoman Turks during the First World War, is especially bitter in a country that still denies that the massacres amounted to genocide. Erasure of Armenian culture continues to this day: In recent weeks, a church was put up for sale and another was bulldozed.

Heghnar Watenpaugh, a professor of art and architecture at the University of California at Davis, worries that the pact may be a form of “artwashing” to deflect attention from the harm that Turkey’s cultural policies have inflicted on sites like Ani, the former seat of an Armenian kingdom where work to rescue collapsing medieval monuments and defaced church art has moved at a glacial pace despite its World Heritage status.

Watenpaugh’s 2019 book The Missing Pages documented the journey of a portion of a 13th-century illuminated manuscript to the J. Paul Getty Museum in Los Angeles and efforts by the Armenian Church to recover it. The Zeytun Gospels exist today because they were smuggled out of Turkey during the genocide a century ago.

“If this agreement indicates that the Turkish state is now upholding its international commitments to cultural heritage, that would be welcome,” she says. “But we still have to ask questions about the diversity [of heritage] when a state is unable to utter the words ‘Armenian’ or ‘Kurdish’ when talking about its culture. It is a question of trust, given the non-acknowledgement of the past.”