Sotheby’s has won the mandate to sell more than 250 works worth at least $20m that were bought by the New York investor, philanthropist and collector Jerome Stern, who died aged 93 earlier this year, and his widow, Ellen.

One highlight of the collection is David Smith’s steel Voltri-Bolton X (1962), bought by Stern out of the artist’s studio. The sculpture had pride of place in the courtyard of the Royal Academy, London for its acclaimed Abstract Expressionism show last year and is currently on show at Chatsworth House, a stately home in Derbyshire, England, as part of Sotheby’s Beyond Limits selling exhibition. It will be offered at the auction house’s contemporary art evening sale in New York on 16 November with a $6m to $8m estimate. 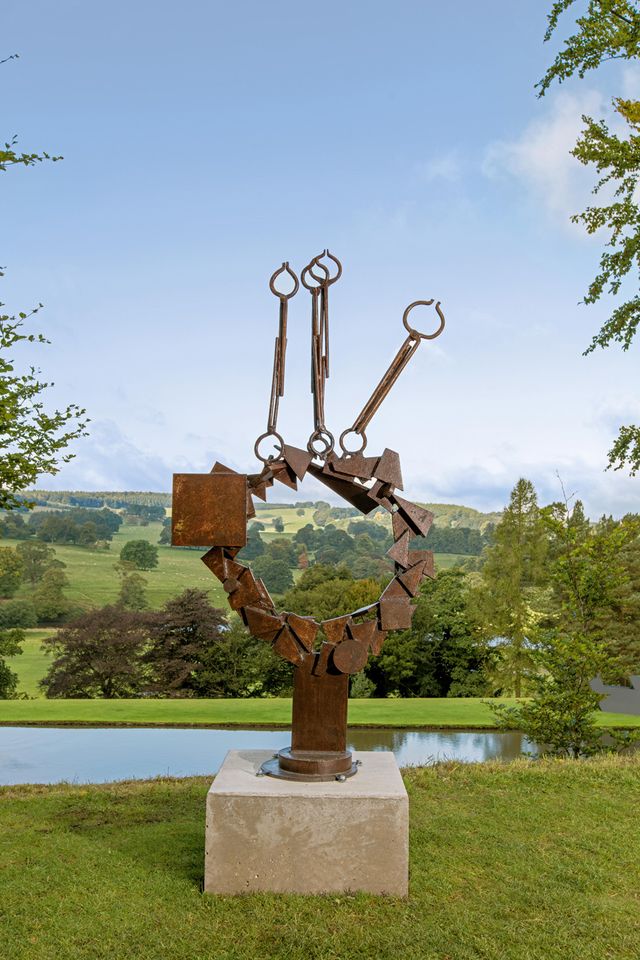 “I can’t think of anyone in New York as universally liked by the art community as Jerome,” says Amy Cappellazzo, the chairman of Sotheby’s fine art division. Characterising his intellectual curiosity, she adds: “Normally, as collectors get older, they become sentimental about the time they came of age. Jerome always stayed contemporary.”

In 1999, the Sterns commissioned a 7,500 sq. ft gallery for the grounds of their Westhampton home to display their works. One of the first such spaces within a private home, the Sterns made it available to art professionals and the local community. Set within 16 acres on Quantuck Bay, the property, including its outside gallery space, is currently advertised for sale through Corcoran real estate for $23.5m.

The Sterns were generous supporters of art institutions, including the Israel Museum in Jerusalem and the Studio Museum, Harlem. Their philanthropy was not confined to glamorous projects; most famously, they provided the six-figure funds for the public toilets at New York’s New Museum on Bowery, now named the “Jerome L. and Ellen Stern Restrooms”.

Sotheby’s plans to sell works from the Jerome and Ellen Stern collection—which do not carry a guarantee—across ten auctions, between now and March 2018, including at its forthcoming Israeli Art and contemporary African art sales.