Affordability is the number one concern for artists in Los Angeles, report finds 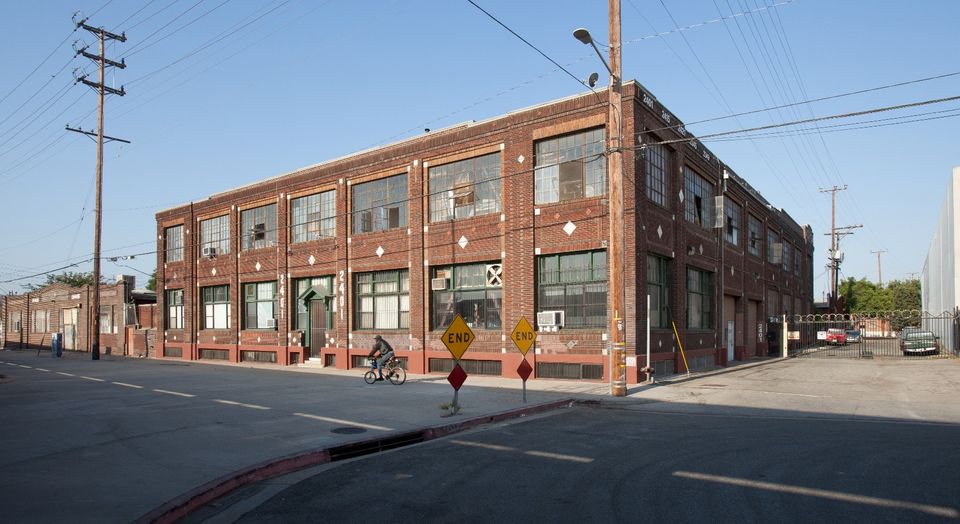 The Santa Fe Art Colony Tenants Association was formed to fight recent rent hikes at the live-work property in downtown Los Angeles, which would certainly mean the end of the vibrant multi-generational artists community there

Los Angeles is in the middle of a cultural and economic Renaissance, with new museums and arts institutions emerging, alongside continuous construction transforming the city’s long-dormant downtown. On the flipside of this evolution is gentrification and unchecked development that threatens some of the most vulnerable populations, including the artists who make up an integral part of the city’s vibrant fabric, according to a report released last Friday.

Commissioned by the non-profit arts advocacy organisation Arts for LA, the study (Re) inventing the Dream: Policies and Practices for Keeping Artists in Los Angeles, by the arts leader Allison Agsten, is based on survey responses from 763 artists in Los Angeles County as well as interviews with nearly 30 policy experts, cultural workers and artist advocates.

Before working on this study, Agsten was director of the Main Museum in downtown Los Angeles, which shuttered earlier this year without explanation, and the report has its roots in an initiative she started there. Through her “Office Hours” programme, she met with 150 local artists to discuss their work and concerns. “Overwhelmingly, they were most troubled by the epidemic of homelessness in the city,” Agsten writes in the study. “On a personal level, most were also concerned that they would not be able to afford to live and work in Los Angeles much longer.”

Of the respondents to the survey, 89% said housing affordability was a very serious concern and 90% said the same of studio affordability, while 34% reported being displaced from their homes due to rising costs within the last two years. “44% of artists who identified as Black or African American were displaced from their homes due to affordability in the last two years,” writes Agsten, “a greater percentage than any other ethnic group, followed by 36% of people of mixed race and 32% of Latinx respondents.”

Agsten is careful to note that the city’s artists are not alone in being confronted with these issues. “It is my greatest hope that Los Angeles’s epic affordability crisis can be relieved for artists… and teachers, firefighters, service workers,” she writes, “anyone who struggles to make ends meet here”.

After laying out the challenges facing artists, Agsten looks at some possible solutions including the development of new affordable spaces, the preservation of existing ones, and organising to enact anti-displacement policies. While new construction has a longer lead time and higher price tag, preserving or converting current spaces is a low-cost, comparably rapid process. David Keenen, the Executive Director of the Oakland nonprofit Safer DIY Spaces, which formed in the wake of the Ghost Ship fire, says his organisation “has been able to remediate space at a cost unthinkably low relative to new affordable development, where units in California can cost upwards of $600,000 or $700,000, even $800,000 to build,” the study notes. “Since its inception, Safer DIY Spaces has improved one million square feet—at just fifty cents per square foot.”

Educating and organising is a key recommendation of the study, one which has particular relevance in Los Angeles, where the city’s first publicly subsidized art community is under threat from its new owners. Since its founding in 1986, residents of the Santa Fe Art Colony have thrived under a 30-year agreement that offered them rent-controlled spaces in the converted furniture factory. That agreement recently expired and the compound’s new owners, the Miami-based developer Fifteen Group, have issues increases doubling or tripling tenants’ rents, which took effect on 1 November. The Santa Fe Art Colony Tenants Association was formed to fight the increases, which would certainly mean the end of the vibrant multi-generational artists community there. The new Assembly Bill 1482, passed by Governor Gavin Newsom last month, may offer some relief, since it caps yearly rent increases over the next decade to 5% plus inflation, but it is unclear if it will apply to the art colony’s residents.

Los Angeles has long been considered an artists’ city, one where artists live and work, defining the cultural landscape more than collectors or even institutions do. As its international reputation as a cultural center grows, it risks losing that distinction, the report warns. “Los Angeles is proud to call itself the creative capital of the world,” Agsten writes, “but it must address affordability if it is to maintain its stature as a haven for artists.”