Newcomers seize on a “logical place to be” 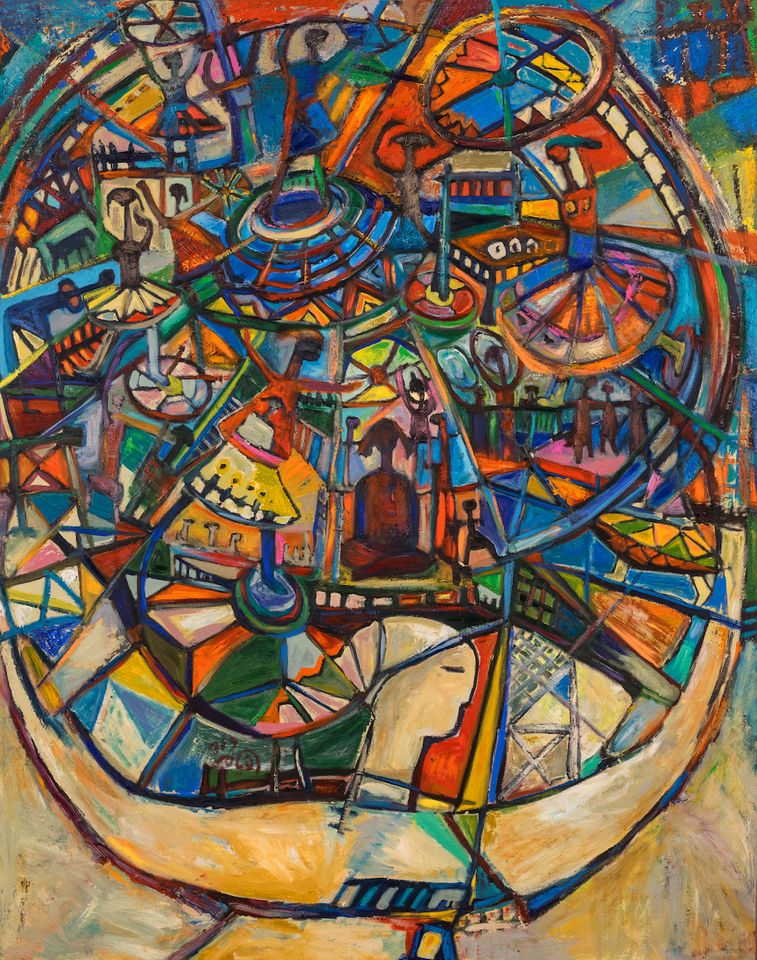 The New York iteration of the 1-54 contemporary African art fair gets an overhaul this year with a new location and 12 galleries participating for the first time in the US. For the fifth edition, the fair has decamped to the Industria complex in the West Village (3-5 May) after four years at Pioneer Works in Brooklyn.

“The fair’s move to the West Village responds to the desires of both our galleries and our visitors and will greatly expand the opportunities for audiences to discover the very best contemporary African art in the heart of Manhattan,” says the founding director, Touria El Glaoui, in a statement.

“Showing here is a gamble but we feel this is the right context [for our artists],” says Nadya Shanab, manager of the Cairo-based gallery Ubuntu, who has previously participated in the Context Art Miami fair. The gallery is showing works by four artists, including Mutaz Elemam of Sudan and Cairo-based Hayam Abdel Baky, whose untitled 2017 painting is priced at $16,000.

Another newcomer, espace d’art contemporain 14N 61W of Martinique, is hoping to expand the market for artists such as Jean-Ulrick Désert, whose nine-panel piece, Waters of Kiskeya (2017), is available for $50,000. “We are isolated; being here and being included is important,” says the gallery’s founder, Caryl Ivrisse Crochemar. Other works on offer include a series of photographic portraits by Robert Charlotte, including The Farmer and His Dog, Horace Rodgers (2015; $5,000 each).

“This is the logical place to be,” says another first-timer, James Danziger of New York’s Danziger Gallery, which represents the estate in the US of the Malian photographer Seydou Keita. He is showing a series of posthumous prints by Keita, including a rarely seen self-portrait dating from the 1950s (smaller versions of the works in an edition of ten are priced at $6,000 each; large editions of five, $16,000).

Twenty-four galleries in total are participating from countries such as Ivory Coast, Ghana and Nigeria. Jack Bell Gallery of London, which has participated in all five New York editions, is showing works by Jean David Nkot of Cameroon, including www.Not Alternative (2019), that were bought by collectors based in Tokyo and Milan.