Museum claims it was an "oversight", but others say it was political 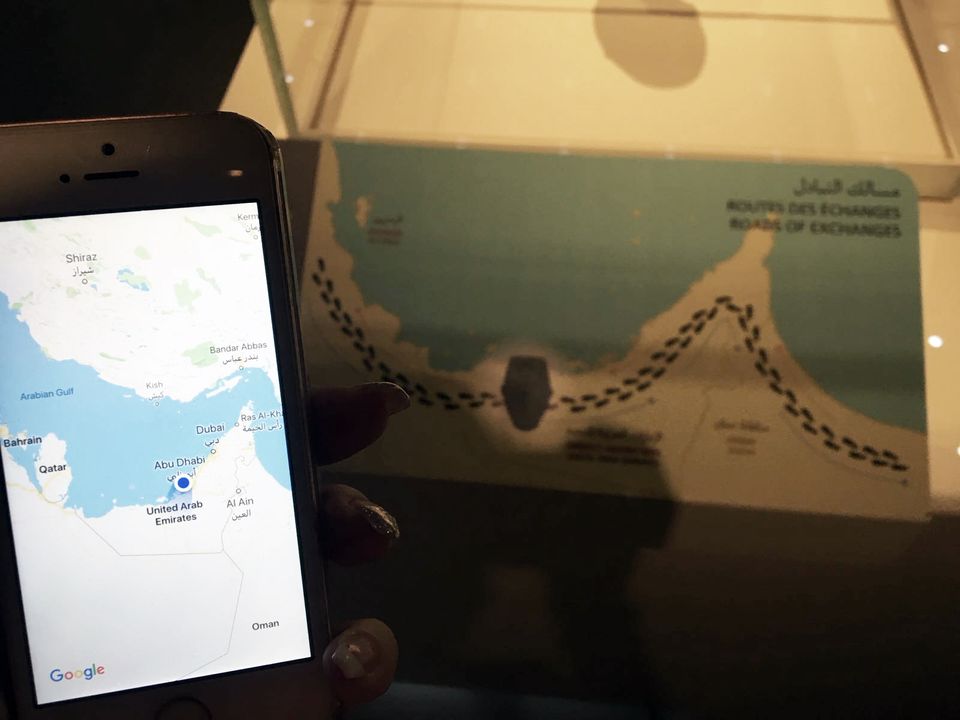 The Louvre Abu Dhabi is under fire after an image of a map in the museum that failed to include the Qatari peninsula went viral on social media. Located in the Children’s Museum at the recently-opened Louvre outpost in the United Arab Emirates (UAE), the omission has been interpreted by some critics as a direct attack on Qatar amid ongoing diplomatic tensions within the Gulf. In June 2017, Saudi Arabia, Bahrain, the UAE and Egypt cut off trade and diplomatic links with Qatar, after accusing the country of supporting terrorism—an allegation that officials from the oil-rich state deny.

In a statement released on Monday, the museum said that “the inaccuracy was an oversight” and that the map has now been replaced.

Here is the map from an exhibit in the Louvre Abu Dhabi that omits the Qatari pensinsula from the Lower Gulf. The label alongside it reads:

The map, which is part of a display showing the Gulf exchange route for an ancient vase, was first posted on Twitter last week (18 January) by Kristian Ulrichsen, a Middle East researcher at Rice University in Houston, Texas. Since then, the image has gained momentum on Twitter, leading Sheikha Al Mayassa bint Hamad bin Khalifa Al Thani, the chairwoman of Qatar Museums and the sister of Qatar’s ruler, to post an accusatory Tweet: “Although the notion of museums is a new one to Abu Dhabi, surely the @MuseeLouvre is not okay with this?”

Throughout history museums were a source of reference. People would visit to acquire knowledge and learn about world cultures through the exploration of objects on display. Although the notion of museums is a new one to Abu Dhabi, surely the @MuseeLouvre is not okay with this? https://t.co/k5ikOmSpsd

The Louvre Abu Dhabi opened last November, a decade after France and the UAE signed a reported €10bn, 30-year intergovernmental contract to create the museum.

“Louvre Abu Dhabi is a universal museum which celebrates cross-cultural exchange and tolerance,” the museum’s statement adds. “In line with international best practice, our curatorial narratives are shaped by the historic and cultural context of the fascinating objects."