After Leonardo, the spotlight is on Raphael for the 500th anniversary of his death next year

There will be a rash of shows on the Renaissance master, the largest will be in Rome 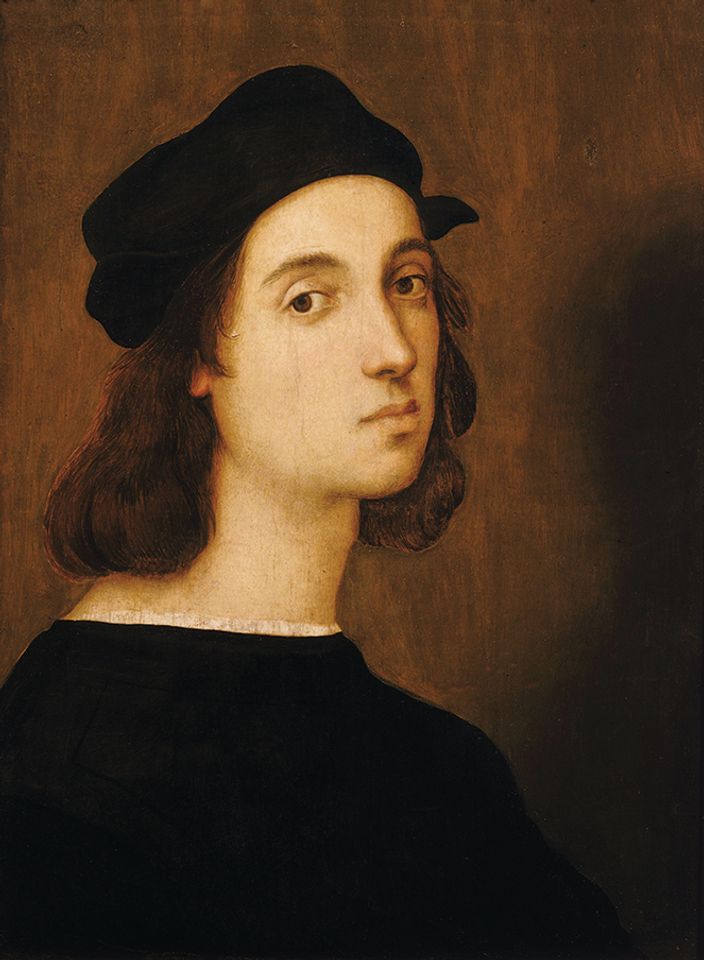 A self-portrait of Raphael in his 20s, painted between 1504 and 1506 Gallerie Degli Uffizi

The Renaissance master Raphael will follow in Leonardo da Vinci’s footsteps with exhibitions to mark the 500th anniversary of his death next year. Leonardo is currently the subject of a series of shows, with a major blockbuster opening this autumn at the Musée du Louvre, Paris (24 October-24 February 2020). Raphael will then enjoy his turn in the spotlight.

Raphael died in Rome, where he lived for the last decade of his life. There, his major work was for the popes—a lucrative market that Leonardo never cracked—including a series of dramatic frescoed rooms in the Vatican. Raphael is also famed for the supreme grace of his portraits and Madonnas, and is regarded as one of the great trio of High Renaissance artists, along with Leonardo and Michelangelo.

Unlike his two rivals, who lived well into old age, Raphael died at the age of 37, on 6 April 1520. He is popularly known for his youthful good looks, through his early self-portraits. Urbino, the painter’s birthplace, will be kicking off the Raphael anniversary early, with a show at the Galleria Nazionale delle Marche (due to open this October). Raphael and his Friends of Urbino will present the young artist in the context of other painters in this leading Renaissance city-court. As always with old master anniversary exhibitions, there is a scramble for limited loans.

However, the most important show of Raphael’s anniversary year will be held at Rome’s Scuderie del Quirinale (provisionally 5 March-14 June 2020), a gallery run by the ministry of culture. The Scuderie, an exhibition venue rather than a museum, is completely dependent on outside loans. For the Raphael show, it will be collaborating with the Gallerie degli Uffizi in Florence, which is to provide the backbone for the exhibition. Although the loan list has yet to be announced, the Uffizi’s Raphaels include the 1504-06 self-portrait (painted in his early 20s), a pair of portraits of Agnolo and Maddalena Doni (1504-07) and the Madonna of the Goldfinch (around 1506).

Another key Italian venue will be Milan’s Ambrosiana, where its large-scale cartoon for the Vatican fresco The School of Athens (1509) has just been conserved. It went back on display in March. 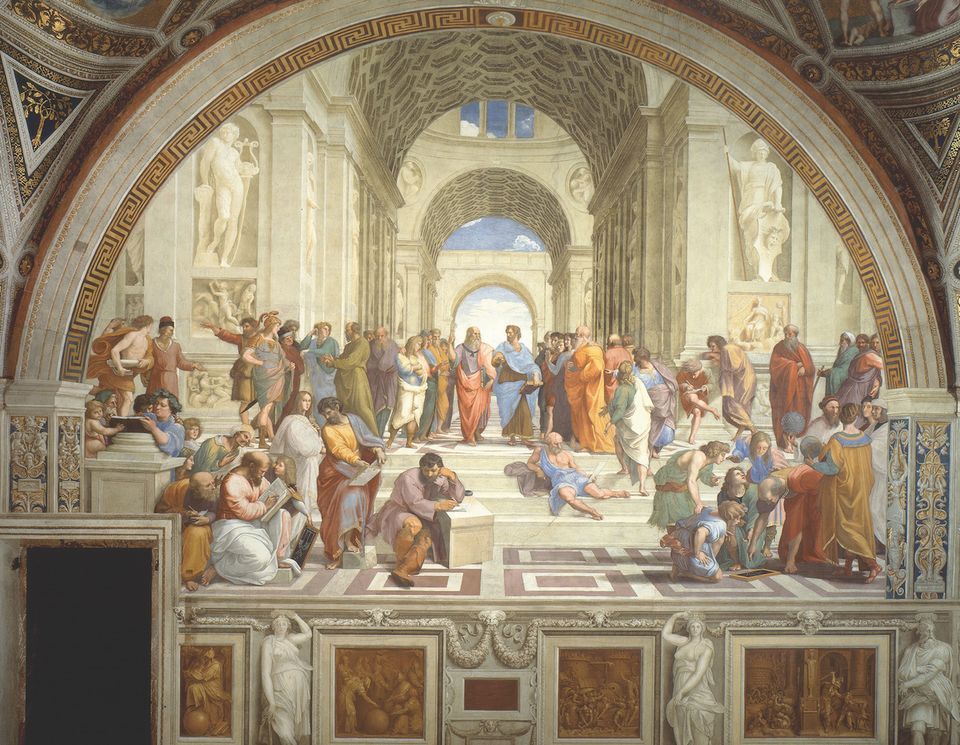 Raphael’s masterpiece The School of Athens (1509-11, detail) is one of a series of frescoes in the Vatican © Vatican Museums

Outside Italy, London’s National Gallery is expected to hold a Raphael show next year, too, although this has not been announced. The gallery owns 11 Raphaels. Also in London, the Victoria and Albert Museum will be highlighting its permanent display of the seven huge Raphael tapestry cartoons of St Peter and St Paul.

Although the Louvre is not planning a dedicated Raphael exhibition, it will present an Italian Renaissance show, Body and Soul: Sculpture in Italy from Donatello to Michelangelo 1460-1520, due to open in Spring 2020. Details have yet to be announced, but the Louvre is no doubt hoping for important loans from Italian museums.

Earlier this year, a diplomatic row blew up between France and Italy over loans for the Louvre’s forthcoming Leonardo show, with the Uffizi refusing to confirm provisionally agreed loans. The dispute was then apparently smoothed over and last month the French and Italian presidents, Emmanuel Macron and Sergio Mattarella, met at Leonardo’s deathplace in Amboise to mark the anniversary. However, there still remains uncertainty over whether Leonardo’s emblematic Vitruvian Man drawing from Venice’s Gallerie dell’Accademia and the self-portrait sketch from Turin’s Biblioteca Reale will go to the Louvre.