The film, directed by her daughter Catherine, shows the roots of the collector's social activism 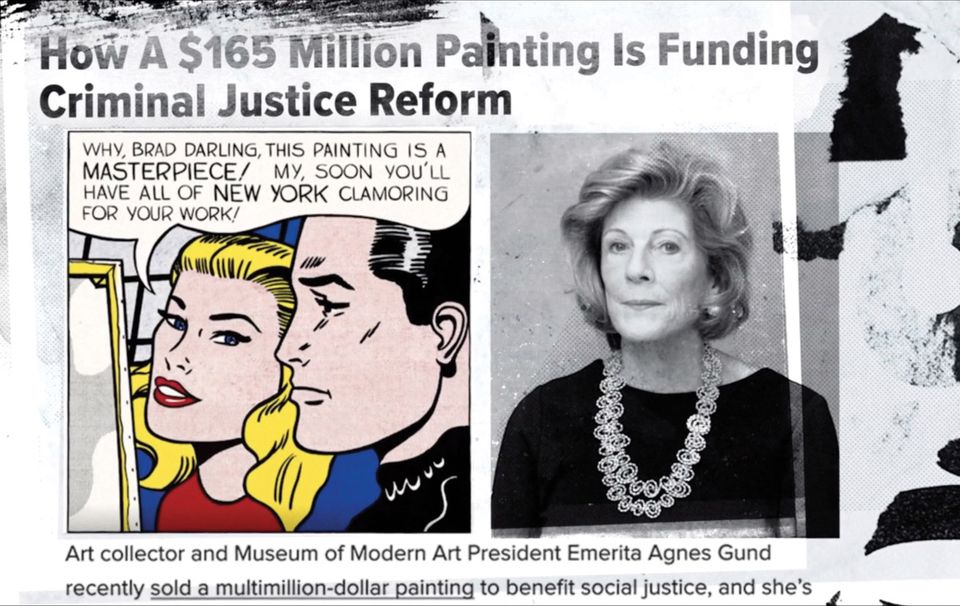 Agnes Gund, the Museum of Modern Art in New York’s president emerita, who famously sold a $165m Roy Lichtenstein painting to raise $150m for criminal justice reform (shown in this news clipping), is often described as that rarest of mythical beings: a truly empathetic and selfless rich person. A new documentary, directed by her activist film-maker daughter Catherine Gund, shows why the collector, affectionately known as Aggie, is so universally admired—and how—her experiences growing up in a segregated and misogynist America shaped her social activism, without falling into hagiography. Yes, there are plenty of speakers singing her praises in the film, from Oprah Winfrey to the Ford Foundation’s Darren Walker, but more moving are the glimpses of personality that shine through Gund’s reticence to talk too much about herself. Hearing how the Cleveland native urged former President Barack Obama to root for the Cavaliers during the 2016 NBA Championship is a highlight, as is the film-maker John Waters asking if she had ever taken LSD, before quickly adding that her vision never needed altering. “That is the sweetest thing that anybody has ever said to me,” Gund responds.