The Chinese activist-artist, who lived in the city during the 1980s, comes back with new tree sculptures and an installation of cast-off clothing from refugee camps

The ever popular Ai Weiwei will return to New York in November with four big gallery shows, two at Mary Boone, one at Deitch Projects, and one at Lisson’s recently opened US outpost in Chelsea. Three of the shows, organised under the title Roots and Branches, feature tree-inspired sculptures, while the fourth will incorporate clothing from the refugee camps the Chinese activist-artist has visited.

Though Ai lived in New York for many years in the 1980s, the artist was unable to attend many of his own popular exhibitions in the US because of his falling out with the Chinese government, which led to his passport being confiscated for nearly two years. His last significant show in the city was a Brooklyn Museum retrospective in 2014. 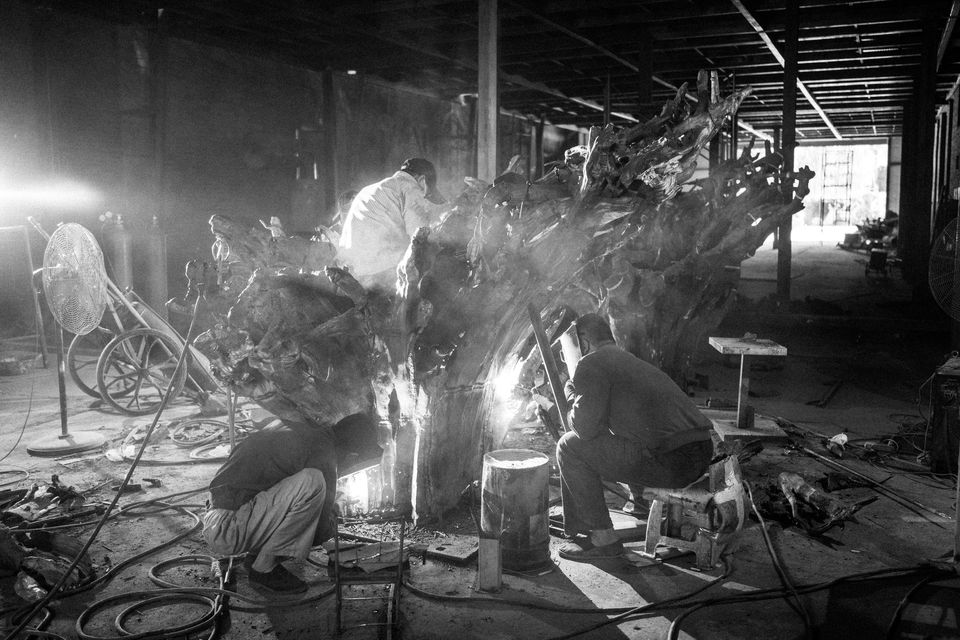 Production of Iron Root (2015) to be shown at Lisson, New York

Lisson’s installation will feature “felled, cast-iron tree trunks, nearly 16 feet in length, and a series of iron root sculptures set against the backdrop of a new wallpaper installation,” according to a press release. The gallery notes that the work should aesthetically intermingle nicely with the beams of the High Line, under which the gallery is located.

The show at Mary Boone’s Chelsea gallery will also play with these ideas through Tree, “weathered sections of dead trees that have been brought down from the mountains of Southern China and bolted together in the form of a whole”. Uptown, Boone will host a room-sized installation in wood, porcelain, wallpaper and Lego bricks.

Deitch’s show Laundromat, at his newly reopened gallery on Wooster Street in SoHo, will present cleaned, cast-off clothing left by refugees after Greek police evacuated the makeshift Idomeni camp along the Macedonian border in May.

“I wish I had known him in New York in the 1980s when he was here for a whole decade, and it turns out that many of my friends knew him,” Deitch said in a phonecall. Deitch had in fact wanted to do a show of work from that early period, but Ai “is very engaged in the present”—hence the show on the current refugee crisis, a cause the artist has championed.

Not only has Ai spent time in exile in adult life but, Deitch pointed out, he and his family were sent to internal exile in China during the Cultural Revolution. “He identifies with people in these challenged situations who don’t have the support of the state like a conventional citizen,” Deitch said. 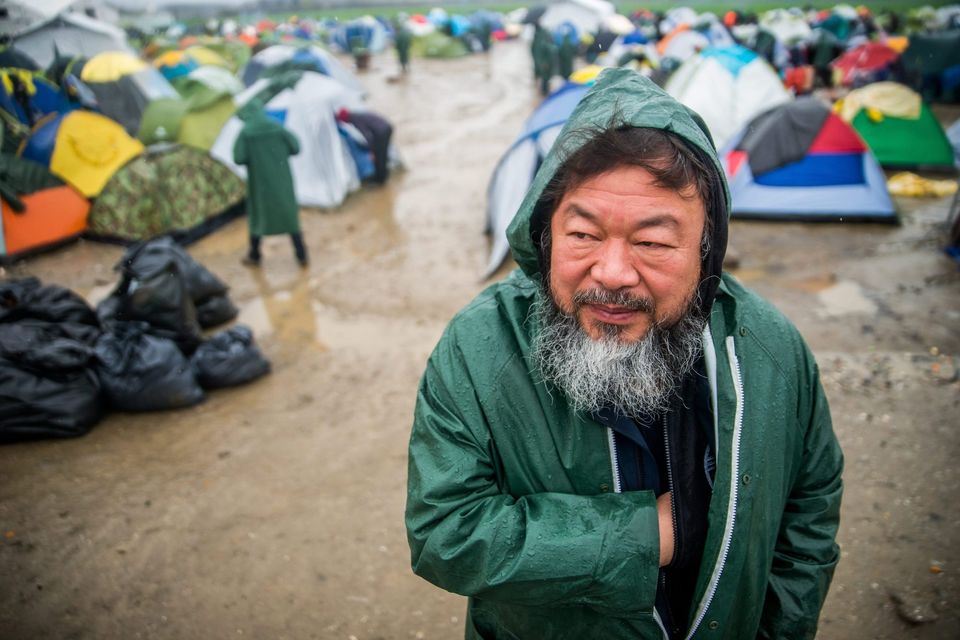 about 4 hours ago
Unlimited—Art Basel’s section for large works—opens to visitors with a rainbow jacuzzi, a spooning couple and a house made of bread