Locals say the construction will be a "wart" on the way to Pont du Gard, a Unesco world heritage site, and will harm the surrounding environment 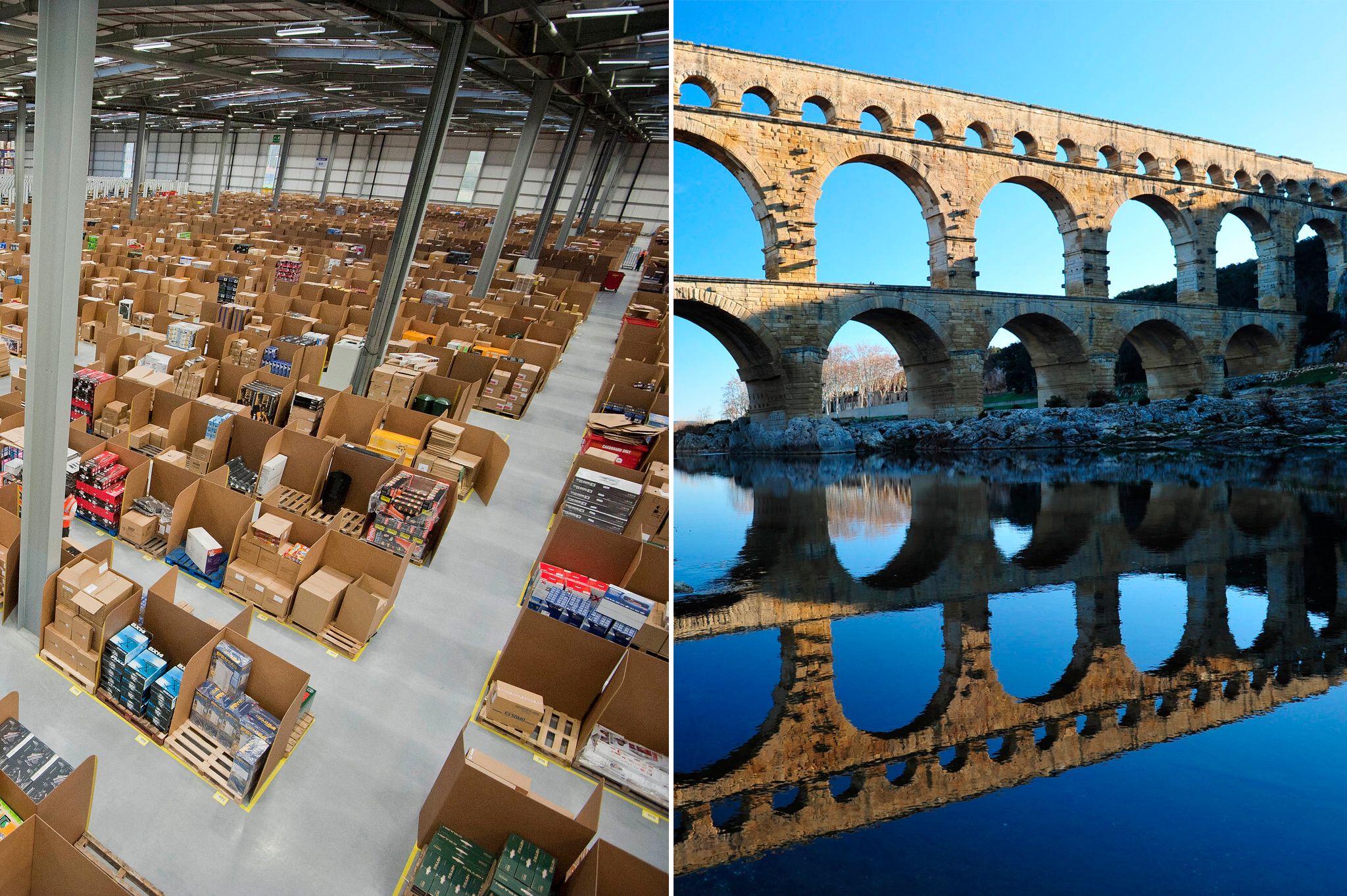 Protests have erupted over Amazon's intention of building a warehouse near Pont du Gard, an ancient Roman aqueduct in the south of France

Amazon’s plans to construct a vast warehouse near the Pont du Gard—a Roman aqueduct and World Heritage site in the south of France—have been greeted with concern from Unesco.

The online retail giant through its business partner Argan was granted a building permit for a 38,000 sq.m warehouse by the village of Fournès three years ago. The warehouse will be located less than 5km from the ancient bridge Pont du Gard.

The mayor of Fournès, Thierry Boudinaud, who was then deputy mayor, says that the council was unaware that Amazon was behind the project.

A local association, Adere, which was set up by locals opposed to the warehouse, is seeking to block the construction. Over 35,000 people have signed its online petition, ‘Say No to Amazon at the Pont du Gard!’ on Change.org. Several ‘Stop Amazon’ protests have taken place; the most recent one in May was attended by over 100 activists. At another protest, banners were draped over the aqueduct.

Adere claims that the warehouse will be like a “wart” along the route that is taken by 90% of tourists heading to the Unesco heritage site. The group fears that the landscape, agriculture, vineyards, beekeeping, biodiversity, tourism and local businesses will be affected by the new warehouse.

Last August, Corinne Lepage, Adere’s lawyer, filed a “contentious appeal” against the development at a court in Nîmes. A judicial enquiry was also launched this January into a complaint alleging a conflict of interest over how local councillors (including Boudinaud) and their relatives sold the land. “This project is marred in irregularities, which could invalidate it,” the association says about the ongoing court case.

The French politician, Delphine Batho, proposed a bill in parliament last summer to place a moratorium on Amazon setting up new warehouses as well as emergency measures to protect local businesses from competition from the retail giant.

In a statement sent to The Art Newspaper, Unesco says it has “warned the French authorities of the concerns of civil society, relating to the establishment of a warehouse possibly leased to the company Amazon, under [article] 4 of [Unesco’s] Convention, according to which the protection of heritage is primarily the responsibility of the State Party in which it is located.”

The statement further suggests that Unesco has raised the issue of the planned warehouse’s proximity to the Pont du Gard and how appreciation of the site might be impacted: “Unesco has taken note of the answers from France confirming that the area concerned is located outside the Pont du Gard’s buffer zone and that the co-visibility of the [construction] project with the World Heritage property could not be established. Although not impacting the universal value of the Pont du Gard property, Unesco and the French authorities remain attentive to this project given the attention it is attracting.”

Amazon, which is developing several other sites in France, argues that it will be creating 150 jobs in the Fournès area.

French President Emmanuel Macron met Jeff Bezos, Amazon’s founder, at the Elysée palace in Paris in February 2020 and is supportive of the group’s expansion in France.