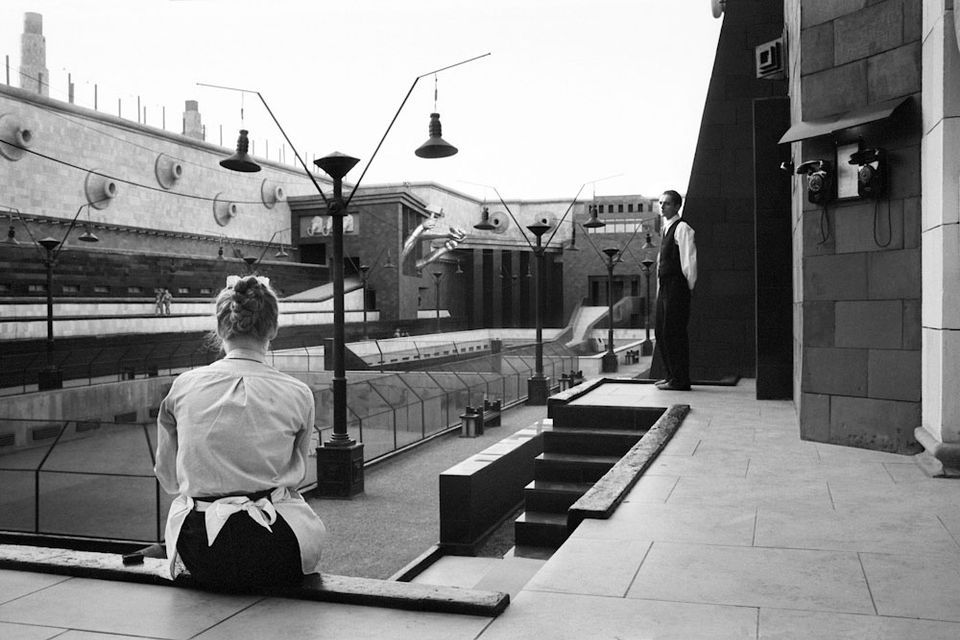 The project, known as DAU, aimed to surround a section of central Berlin with a replica of the wall for four weeks from October 12 to November 9 © Gruber

Ambitious plans by the Russian-born film-maker and artist Ilya Khrzhanovsky to resurrect the Berlin Wall in the centre of the city next month are now unlikely to come to fruition as state and municipal authorities said they couldn’t issue the necessary permits in time.

The project, known as DAU, aimed to surround a section of central Berlin with a replica of the wall for four weeks from October 12 to November 9. Visitors would have been required to buy a visa to gain access to what the organisers promised would be “a special experiential space” bordering the city’s central boulevard, Unter den Linden.

Khrzhanovsky has involved such prominent partners as Brian Eno, Marina Abramovic and Massive Attack in his project. The replica of the wall was to be destroyed “in spectacular style” at the end of the work on November 9, the 29th anniversary of the fall of the original.

As well as the bureaucratic hurdles, DAU faced opposition from human rights activists including Konrad Weiß, a writer and former Green Party politician. As an east German, he wrote in an open letter that the thought of a new Berlin Wall was “unbearable, even if is only for a few days” and accused the DAU project of “trivialising the crimes of communism.”

But Khrzhanovsky also won important advocates, among them Culture Minister Monika Grütters. “I am very disappointed that the project cannot be realised in Berlin at this time,” she said in a statement. “I would have wished for more openness. Only those who have the courage to experiment – who are ready to challenge existing limits – create progress and are avant-garde in the best sense of the word.”

The Berliner Festspiele, the organisation which manages the Martin Gropius Bau, was to oversee the implementation of DAU. In an article for the Frankfurter Allgemeine Zeitung newspaper published this weekend, its director Thomas Oberender expressed dismay both at the email he had received from Berlin’s transport authority saying that a permit could not be granted, and at the criticism the project had faced. “If DAU doesn’t premiere in Berlin, the work will soon be shown somewhere in the world,” he wrote.

Khrzhanovsky and his team have produced 13 feature films from more than 700 hours of footage shot over three years. The films are the result of an experiment that began in 2009, when 400 people, described as simple street-sweepers, waitresses, families, famous artists and Nobel prize-winners, travelled back in time to the Soviet Union and lived isolated from the modern world for two years at “The Institute,” Khrzhanovsky’s secret space in the Ukrainian city of Kharkiv.

Their 30-year journey crossed three decades of Soviet history and ended in 1968 – or 2011, in real time. The project is supported by the London-based Phenomen Trust, founded by the Russian businessman Serguei Adoniev.