American art goes beyond the US border

For great American art, come to London this week. As well as the Abstract Expressionism show at the Royal Academy of Arts (until 2 January 2017) and Georgia O’Keeffe at Tate Modern (until 30 October), there are installations by Mike Kelley at Hauser & Wirth and Bruce Nauman at Blain Southern, while Ed Ruscha’s new paintings are at Gagosian Gallery’s Grosvenor Hill space. Head to Frieze Masters for a monographic display of works by Ruscha at Gagosian and a Frank Stella survey at the shared stand of Marianne Boesky, Dominique Lévy and Sprüth Magers. Luxembourg & Dayan is presenting Claes Oldenburg’s Fagend Study (1975), priced at $3m, in the Frieze Sculpture Park. 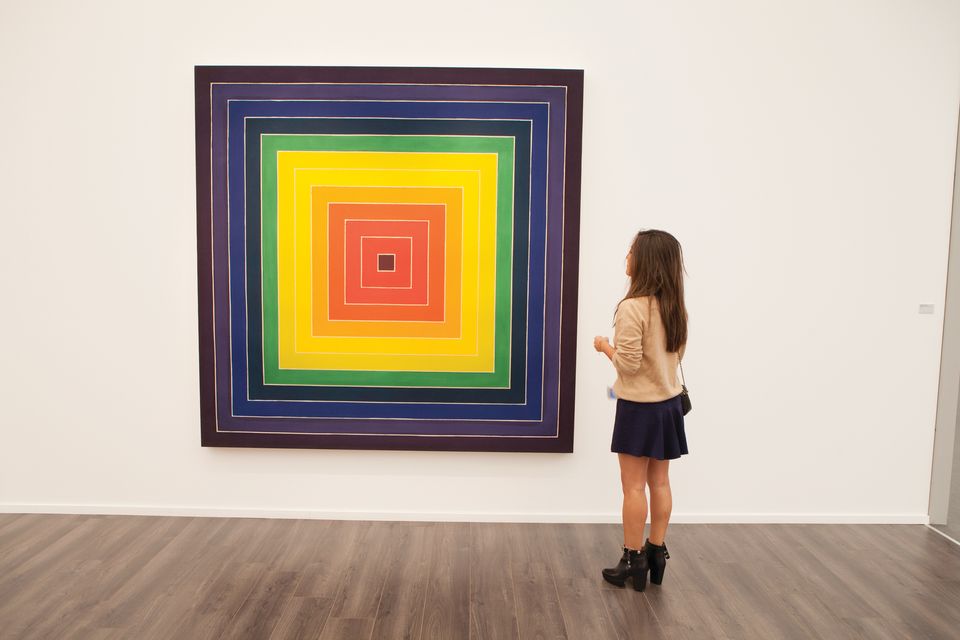 But American art is no longer limited to the art of the US, as it was when the AbExes took Europe by storm in the 1950s. Works by Latin American artists are more visible, and more in demand, than ever at Frieze—and in major museums—as the definition of American art expands. At the entrance to Frieze London, visitors encounter the Mexican artist Martin Soto Climent’s spider’s web of tights, while Galeria Luisa Strina of São Paulo has works by the Brazilian artists Cildo Meireles, Tunga and Lygia Pape, alongside a piece by Robert Rauschenberg. Strina says that the market for Latin American art has been growing “little by little; it’s not that there was a boom at a particular moment”.

Brazil’s Galeria Fortes Vilaça—which, like Strina, reported strong early sales—has brought sculptures by Jac Leirner, whose work is included in Tate Modern’s new extension alongside pieces by US heavyweights Carl Andre and Donald Judd. “[Leirner] was the first to bridge the gap,” participating in Documenta and the Venice Biennale in the 1990s, says Márcia Fortes, the gallery’s co-founder. The Brazilian artist’s works at Frieze, priced between $80,000 and $200,000, include a serpentine roll of banknotes entitled Blue Phase (Overleaves) 1 (1991/2014). “Institutional support helps, but it will take a much bigger push before the Americas become America, period,” for many collectors, says the gallery’s Alexandre Gabriel.

Pablo León de la Barra, the Guggenheim curator who organised Under the Same Sun, a survey of Latin American art that was shown at the South London Gallery this summer, is speaking at Frieze today about cultural and political borders. He stresses that “America is a whole continent; a shift is happening, but there is a lot to do”. The Guggenheim recently formed a Latin American art acquisitions committee. The Tate set up its dedicated committee in 2002, but still, few museums integrate artists from the region as the Tate is doing, León de la Barra says.

The Los Angeles County Museum of Art is also exemplary. Its director, Michael Govan, who is in London this week, says: “The word ‘America’ is really problematic because it’s specific to one country among many. That shorthand is now under fire.” Govan thinks it is just as interesting to look at cities as nationalities because artists often move around. Mexican-born Gabriel Orozco, who lives in New York, Paris and Mexico City, is currently based in Japan. He has three sculptures—made of wood salvaged from old Japanese buildings, and ranging in price from $180,000 to $220,000—at Kurimanzutto, helping the Mexico City gallery to win best stand at Frieze.