From Paris to Chartres, US philanthropy makes its mark 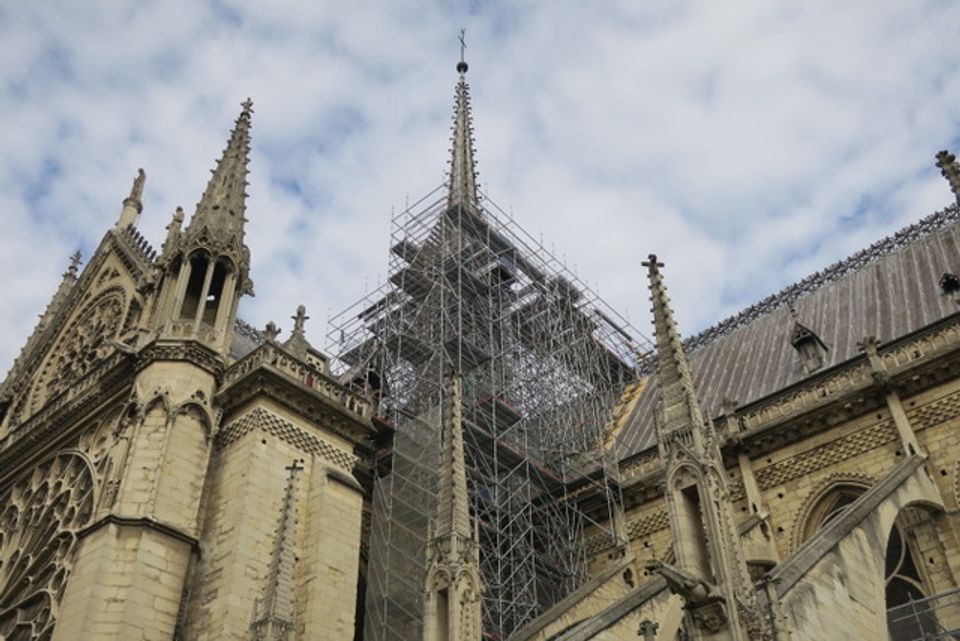 In December, restorers began work on one of the famed flying buttresses that support the Cathedral of Notre-Dame in Paris. Suffering from hundreds of years of water damage and decay, the limestone buttress was dangerously close to collapsing, which could in turn threaten the stability of an entire wall. Fortunately, the buttress will be back in business by this summer, thanks in large part to donations made over the past year to the Friends of Notre-Dame de Paris, a French charitable foundation whose sole purpose is to raise funds to conserve the building. Of the €3m raised in the past year, half came from donors in the United States, underlining the pivotal role that Americans have come to play in conservation projects in France.

“From conversations I have with American donors, Notre-Dame is the most important monument in Europe,” says Michel Picaud, founding president of the organisation, who says that work is also planned on the cathedral’s pinnacles, finials, crockets, railings and stained glass windows. The overall cost of the restoration is estimated at €150m, he says.

Part of the cathedral’s appeal to Americans lies in the popularity of the various incarnations of Victor Hugo’s The Hunchback of Notre-Dame, Picaud says, as well as the numerous American movies and Broadway shows set in Paris. And “there is, in the US, a tradition of philanthropy that doesn’t exist in France,” he adds.

The American Friends of Chartres (AFC) has meanwhile been collecting money for conservation work on the Chartres Cathedral since 2006. (A recent cleaning of the dark, smoky stones of the cathedral’s interior transformed them into a controversial gleaming white.) Dominique Lallement, president of the AFC since 2013, says that the group has consistently met its financial targets, raising about $600,000 since its inception, mostly individual contributions from more than 120 donors. The AFC covered 50 percent of the cost of restoring five lancets in the south portal of the cathedral; 100 percent of the cleaning of a bay window; and 85 percent of the statues affixed to columns in a chapel.

“My experience is that Americans really love France,” Lallement says. “Americans, when they have a center of interest, they really pursue it. People have written to me that donating makes them happy about contributing to the rest of the world.” She also notes that an American member of the so-called Monuments Men, a team charged with helping to rescue European art treasures during and after the Second World War, helped avert the Allied bombing of Chartres Cathedral in 1944 by slipping behind enemy lines and determining that the building was not occupied by German forces.

The Palace of Versailles’ conservation efforts have drawn €2.7m from American donors since 2012. And the Potager du Roi (king’s kitchen garden) at Versailles is among eight endangered sites that are to be supported by the US-based World Monuments Fund in a partnership with American Express.

“Americans have been philanthropically minded since the late 19th century” and played a critical role in reconstruction projects in Europe after the First and Second World Wars, notes Lisa Ackerman, the World Monument Fund’s interim chief executive. The fund itself got its start, she adds, because a US Army colonel stationed in Italy after the Second World War ended up retiring there and was moved by the urgent need for heritage conservation.

This post-war interest in European heritage, coupled with a 1969 US law making such donations tax-deductible–the “American friends” organizations are incorporated as 501(c)(3)s, has boosted the flow of funds across the Atlantic. (American donors funded almost the entirety of the $7 million needed to restore Monet’s Giverny and turn it into a public museum in the 1970s.) Still, the bulk of the money for the upkeep and repair of historical monuments in France today comes from the French Culture Ministry. A new annual French heritage lottery has also been set up to raise funds for endangered cultural landmarks; the first drawing last September yielded more than €15m.