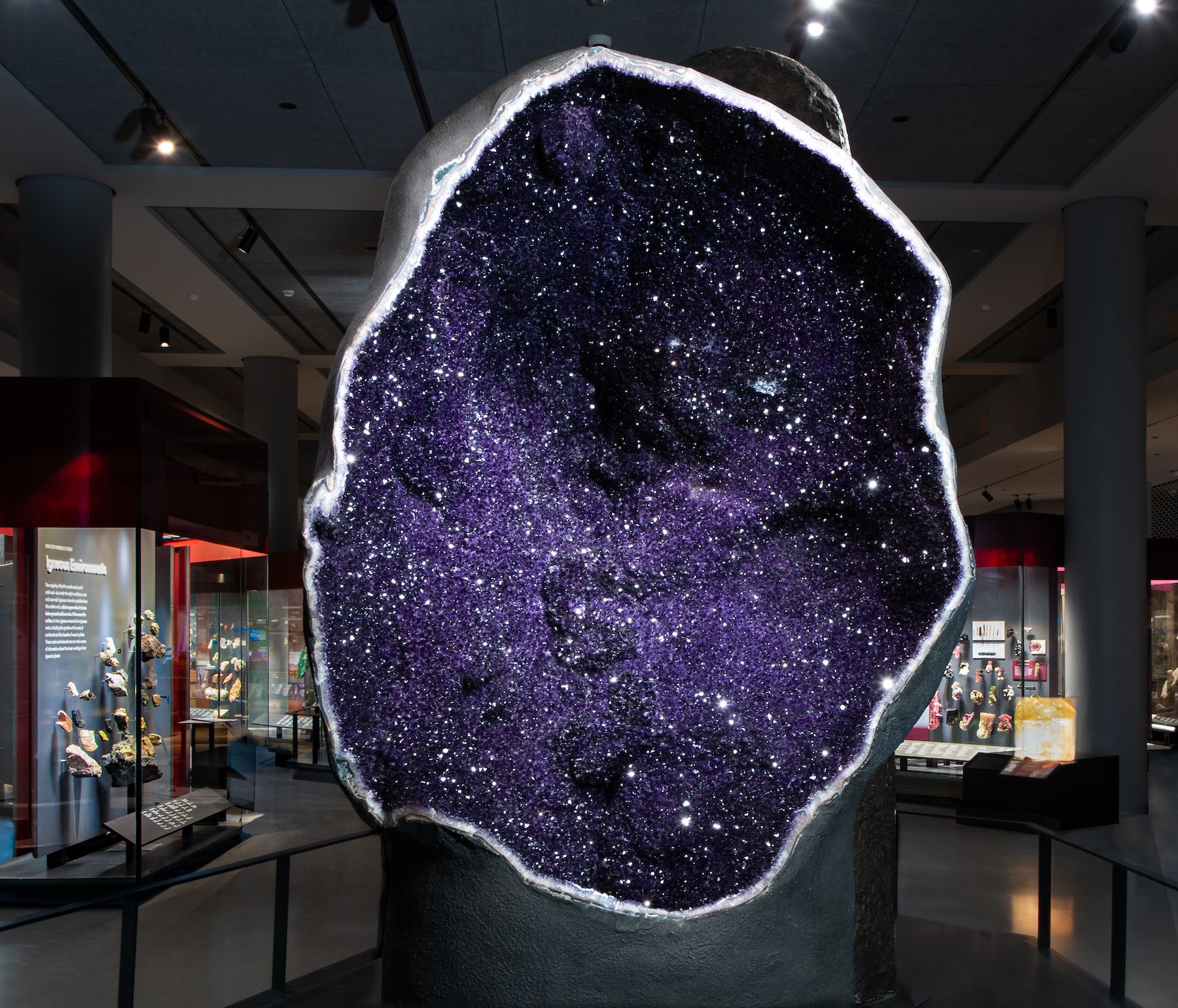 The amethyst geode pictured here stands 9 feet-tall, weighs around 12,000 pounds (5,440 kg), or about as much as four black rhinos, and was collected from the Bolsa Mine in Uruguay D. Finnin/©AMNH

The American Museum of Natural History in New York unveils a dramatic renovation of its beloved gems and minerals galleries next week. The hall was “showing its wear and tear” after opening more than four decades ago, according to the curator George Harlow, a trained geologist who specialises in mineralogy and crystallography. It has been closed to the public for nearly five years for the much-needed polish, which aims to better the visitor experience and show the museum’s unmatched collection of gems and minerals in their full splendour.

The hall is one of the most-visited areas of the museum, accounting for around 30% of its annual 5 million visitors, but for decades it “felt like a mining situation”, or like a “jungle gym for children”, Harlow says. “This is a highly anticipated moment—not just for us who were involved in the project but also for New Yorkers who are smacking their lips to visit cultural institutions.” 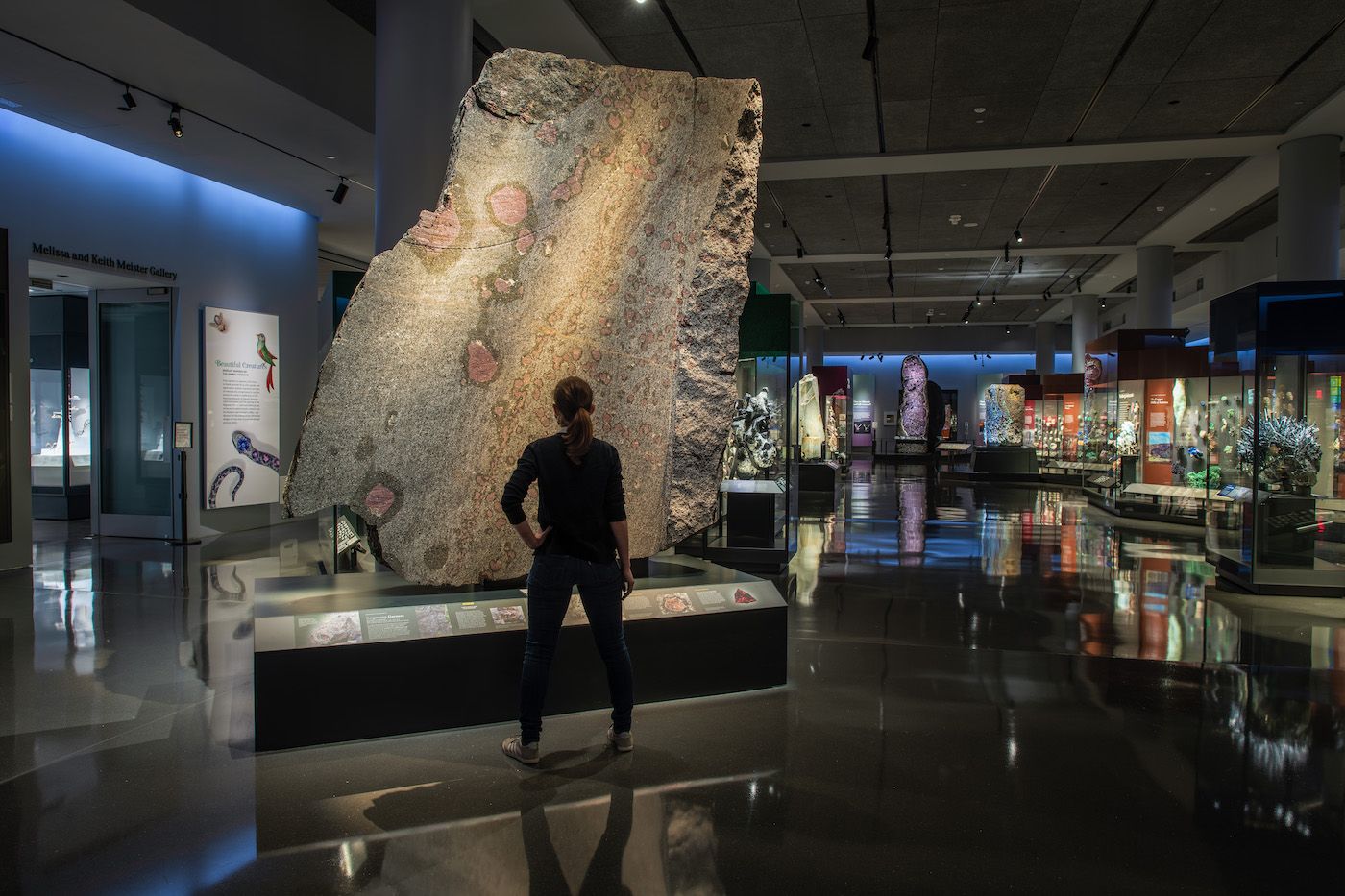 The modernised space includes dedicated galleries with more than 5,000 specimens of gems from around the world, some that have not been exhibited before, and a temporary exhibition space. It also features digital components, including an interactive periodic table that allows visitors to mix elements to produce their own “minerals”, and new vertical fixtures that open up the once-claustrophobic 11,000 sq. ft space.

As they enter the hall, visitors will encounter a pair of colossal Uruguayan amethyst geodes , among the world’s largest on public display. The hall also includes the largest-known intact specimen of elbaite tourmaline, a stunning 3ft-tall cluster of cranberry-coloured crystals sourced in Brazil, as well as a 7ft-tall iridescent column of labradorite, a specimen from Madagascar that invites closer inspection, changing colours and vibrancy as the viewer moves around it. There are also rare specimens of coral and pearl, and birthstones, which “everyone likes”, Harlow says. 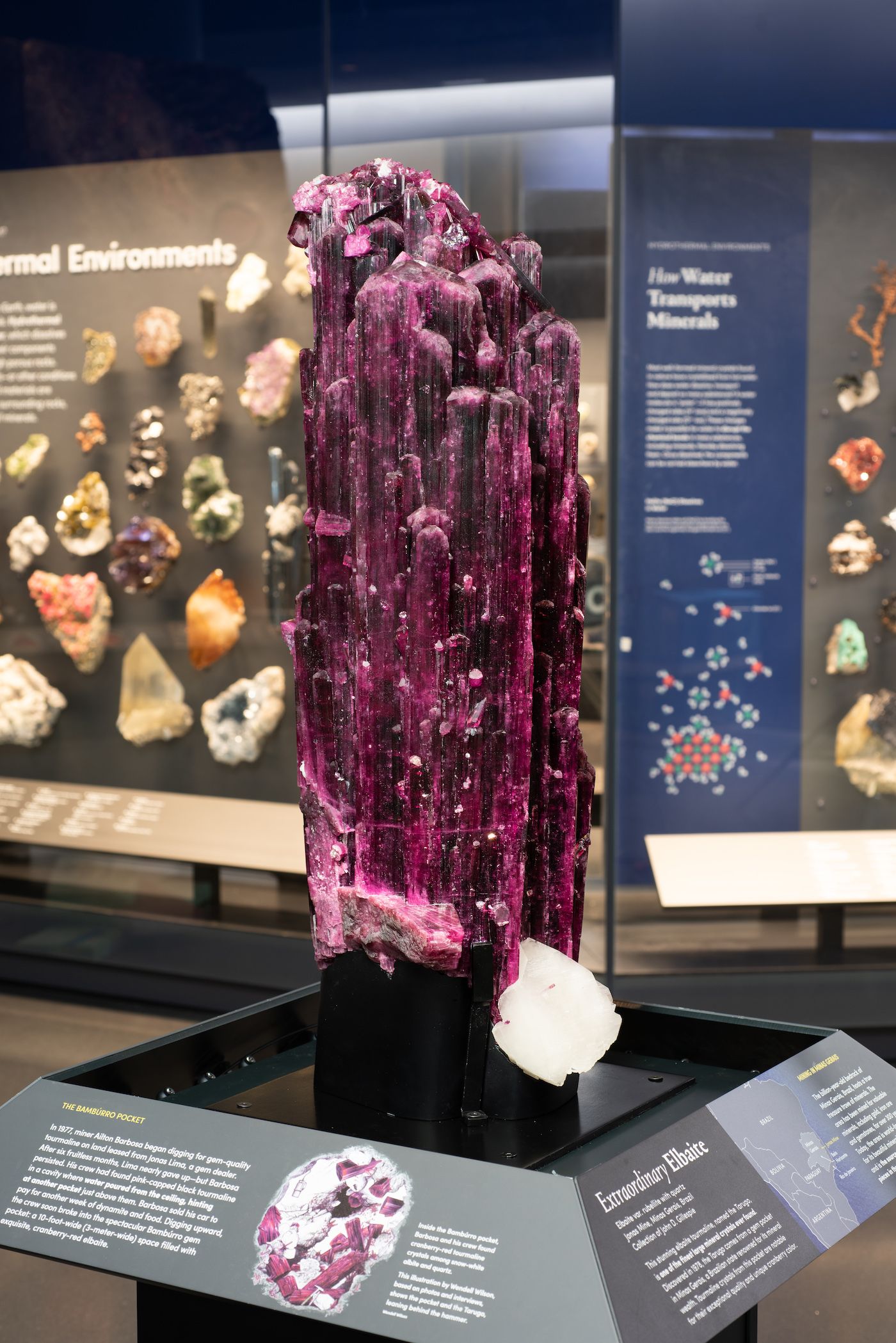 This 3-foot-tall cranberry-red elbaite tourmaline known as the Tarugo is one of the most fantastic mineral crystal clusters ever found. It was discovered in 1978 in Minas Gerais, Brazil D. Finnin/©AMNH

The hall opens on 12 June with an exhibition titled Beautiful Creatures, featuring more than 100 animal-themed jewels from 1869 to the present, including works by designers such as Cartier to artists like the Surrealist Salvador Dalí. The show “will be a crowd-favourite, but the entire hall is a treasure chest”, Harlow says.

The new hall, which has been designed by Ralph Appelbaum Associates in collaboration with Lauri Halderman, the museum’s vice president of exhibitions, was slated to open in the fall of 2019 but faced several logistical and pandemic-related delays. “Some specimens had to be repaired, and others had to be cleaned, which was more effort than we first thought, and then the pandemic also made the opening date a moving target until a month or so ago,” Harlow says.

The overhaul has been primarily funded (for an undisclosed amount) by the American pharmaceutical investor and philanthropist Roberto Mignone, the vice chairman of the museum’s board of trustees, and his wife Allison Mignone, a long-time patron and volunteer.

And a word to the wise: bring your own flashlight. “Your cell phone is not good enough—it needs to be a pocket flashlight, preferably an LED flashlight,” he says. “There are all kinds of optical characteristics of the gems and minerals—and so many nooks and crannies—that are designed to be seen with the sun behind you. If you bring your own light, you’re sure to have a better time.” 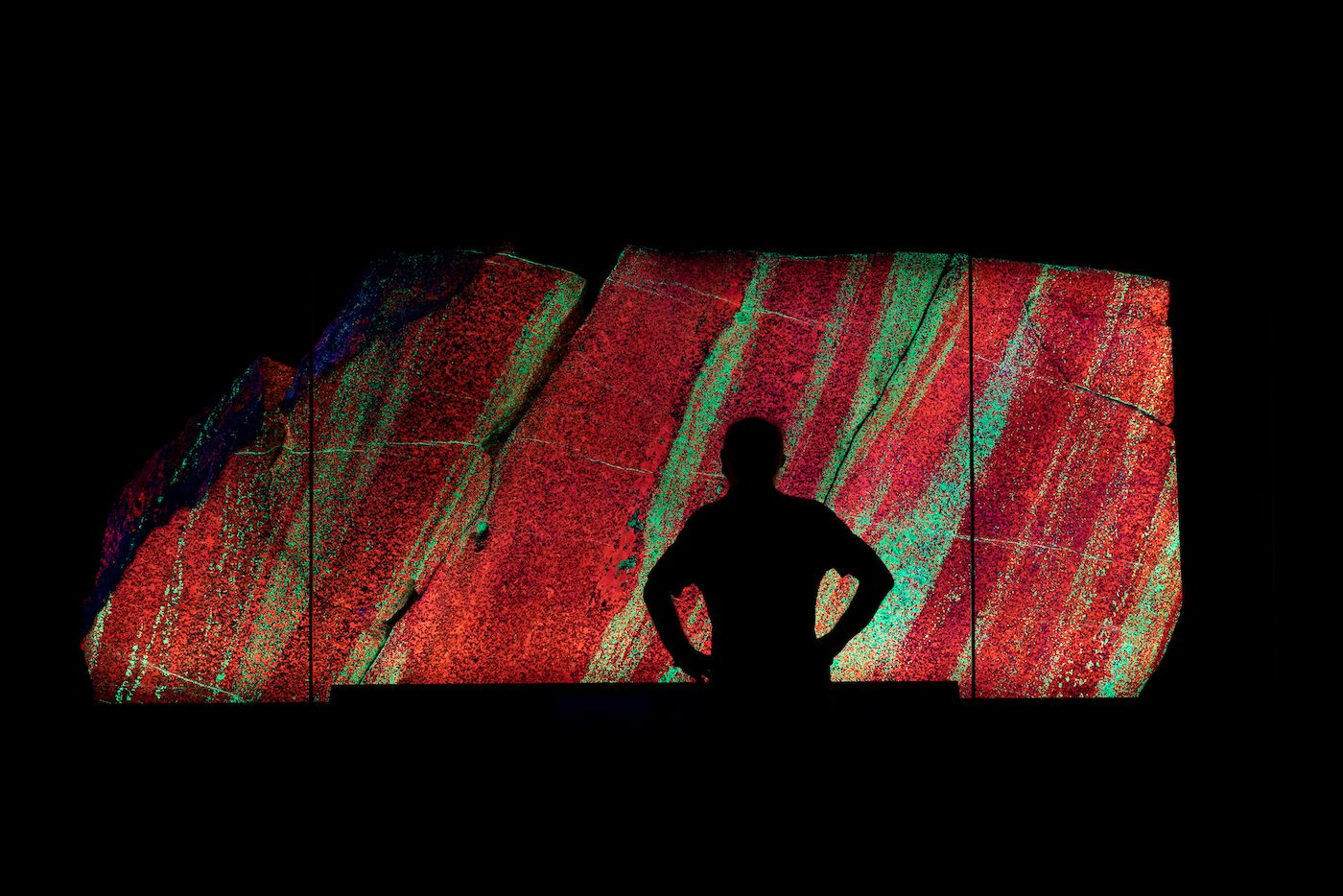 The centerpiece of the Minerals & Light room is a wall-sized panel of fluorescent rock that glows in shades of orange and green, sourced from Sterling Hill in New Jersey D. Finnin/©AMNH
More News