An interview with Connie Butler: curator and advocate for the overlooked and under-known

As the Hammer Museum secures a donation of important collection of street photography by the Japanese artist Daido Moriyama, its chief curator speaks to us about how she’s working to build the collection and exhibition programme

The Hammer Museum in Los Angeles, an institution not known for its photography holdings, will soon house the city’s largest collection of works by the Japanese photographer Daido Moriyama. The local collectors Daniel Greenberg and Susan Steinhauser have donated 75 photographs by the father of Japanese street photography. The images, which include Moriyama’s famous shot of a stray dog as well as colour photographs from the 1980s and 90s, span four decades of his career. The couple gave virtually their entire collection of works by the artist, save a few duplicate prints. 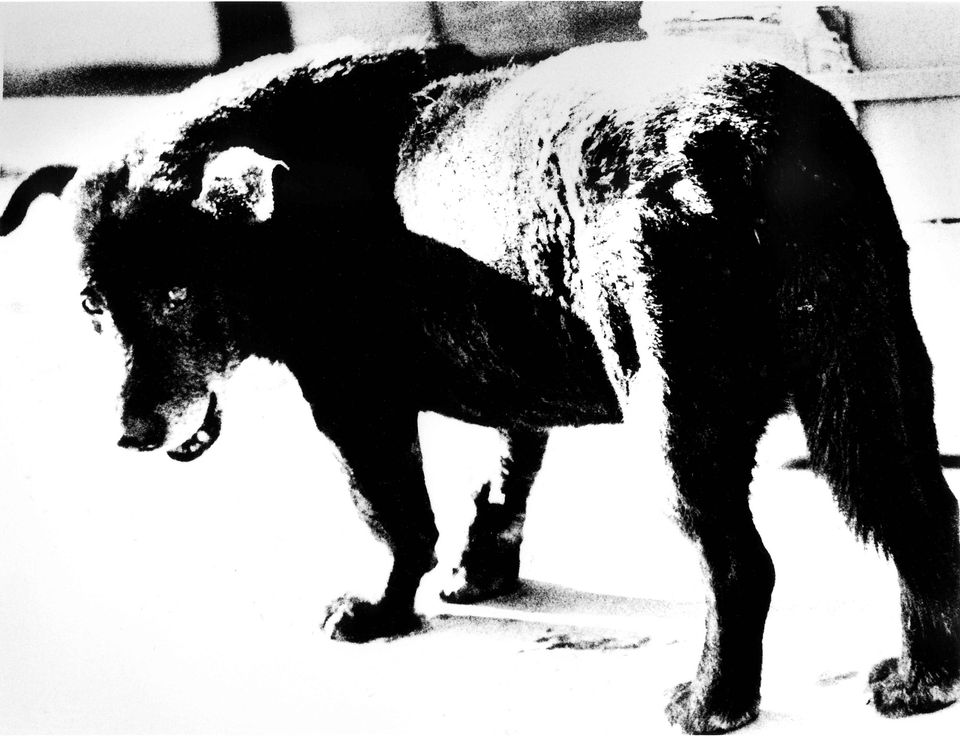 The acquisition is part of a broader effort to beef up the museum’s permanent collection as it celebrates its 25th anniversary this year and prepares an expansion that will add 30% more exhibition and administrative space. The museum’s photography collection—which was established by the photographer Robert Heinecken when he was a professor at the University of California, Los Angeles, in the 1960s—is the subject of the exhibition Still Life with Fish (until 15 May).

The Moriyama works will go on show alongside other recent acquisitions and gifts from May to August 2017. “Moriyama has had a tremendous impact on all kinds of younger artists,” says Connie Butler, the museum’s chief curator. “We thought it would be an exciting way to think globally about the Hammer collection, which we are beginning to do more aggressively.” Butler spoke with us last week about how the gift fits into the Hammer’s evolving programme and how she approaches building a collection. The Art Newspaper: What will this gift do for the collection and how does it fit into the broader acquisitions strategy you’ve been developing since you started at the Hammer three years ago?

Connie Butler: We can’t do everything, obviously—we’re not an encyclopaedic museum. We are trying to look at regions that have a connection to Los Angeles and the Pacific Rim. There is also an enormous Japanese population [in the city]. One of the things we’ve been doing is to renew our commitment to collecting emerging artists. I think the Hammer has been really effective in collecting from our own shows. At the same time, we are trying to fill in some historical gaps through gifts because some works are beyond our reach.

One fantastic gift coming in for the 25th anniversary from the Grinstein Family is Allen Ruppersberg’s installation and performance Al’s Café [1969]. We also got a major John Baldessari from 1986, Light House, from [the collectors] Bob and Linda Gersh. We are looking at LA as a place where artists from all over the world are coming to live or teach or pass through, a nexus of artistic practice in the 21st century. 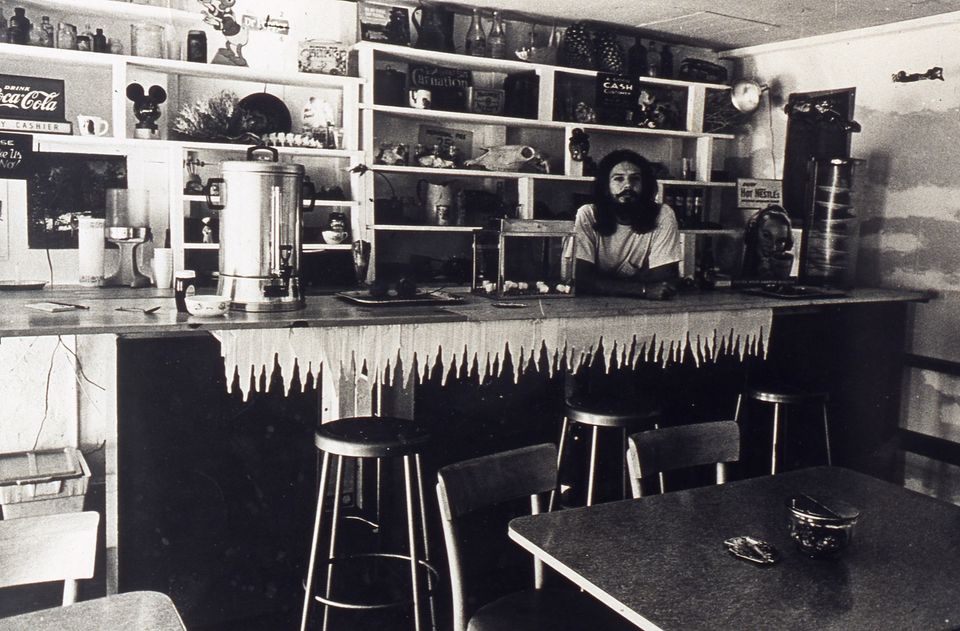 I think the actual nuts and bolts of building a collection remains opaque for many people. How do you prioritise what you want to bring in?

We are not going to be collecting any particular artist comprehensively, although there are artists who we commit to in some depth. When we are thinking about historical purchases, we try to look at a key moment, like the work we brought in by Martha Rosler [From Our House to Your House, 1974]. We didn’t have a Baldessari from the 1980s—that, to me, is his pivotal early moment. For a lot of these artists, it’s still possible to go back and find early work, especially for a lot of the women artists.

In some ways, the process is a lot more banal than you think it is. We make lists and divide the names into emerging, midcareer and historical. We are constantly revising those lists and trying to close the loop on some of those more historical figures. We tell our board of overseers what we are after. The Hammer contemporary collection is only about 10 years old, so you are building something that has a good foundation but is still really in its early stages.

What works are on your bucket list that you are still hoping to acquire?

We need an early Mike Kelley. We need a great, early Ed Ruscha painting. Ruscha did give us a gorgeous and important 1962 Standard Station drawing for our 25th anniversary from his personal collection. We need a major Mark Grotjahn painting—or just a Mark Grotjahn painting. I would like us to have an Adrian Piper from the 1990s. The 90s is important to represent because that’s recent history for the current generation of emerging artists. 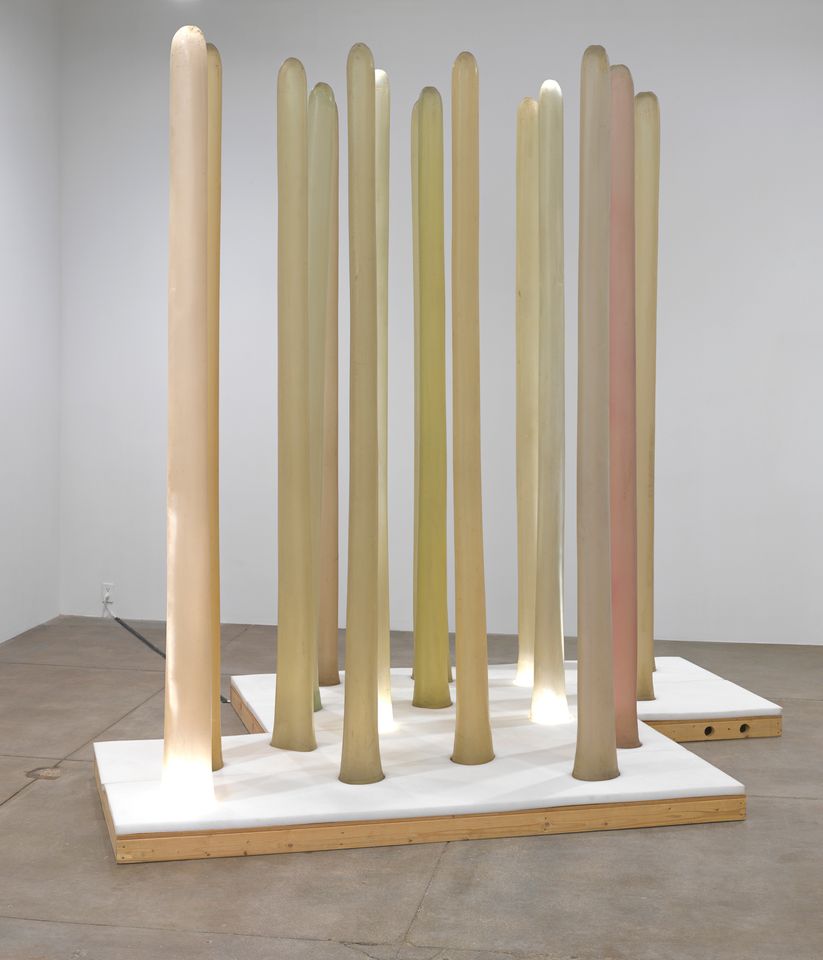 In an interview last year, you talked about how the only way the market will become more equitable for women and artists of colour is if the collecting patterns of the great patrons change. What do you see as your role in that process?

I see it as one of education. I think a huge part of what I do, and what all curators do if they work within an institutional setting, is to set an example in terms of the kind of art we buy for museums. You also need to have an ongoing discussion with your patrons about what the priorities are—even if they don’t want to hear it, which has happened to me over the years. When we think about acquisitions to present to our board, I am always conscious to make sure that women artists on that slate. All of those choices, including whose studios you recommend they should visit, are important. At the Hammer, we’re lucky because this is woven into the mandate of the museum. We’re looking at artists whose histories have been marginalised or overlooked.

You were working at Artists Space in New York in 1990, when its funding was cut by the National Endowment for the Arts after it opened an exhibition of work by David Wojnarowicz. You’ve spoken about how that experience really politicised you. Does that continue to inform the work you do today?

Moving to New York in the early 1990s and having that be one of my early formative experiences absolutely shaped what I do now in terms of being an advocate for women artists, artists of colour and overlooked, under-known histories of contemporary art.

There’s no way you could go through the 90s in New York—with the Whitney Biennial in 1993 and Act Up [Act Up New York: Activism, Art, and the Aids Crisis, 1987-93, an exhibition at Harvard University]—and not come out the other end having internalised really important ideas about diversity and what we called multiculturalism then.

I’m committed to that in the exhibitions that I organise and the acquisitions that I make. I think there is a generation of us who came up at that time and are able to put those ideas into practice. It’s slow, and it’s maybe not always visible, but I think of it as a sort of an activist way of operating.

In what ways do you see your work as political?

Making sure that your collection and exhibition programme is a well rounded one and one that reflects a diversity of opinion, of gender, of cultural position. And making sure that those conversations are explicit and transparent. That has everything to do with hiring practices to the more public face of who is in the galleries and who is getting the monographic exhibitions, the big catalogue. All of those choices are in a way political choices.

I feel like the rhetoric of inclusion has been fairly widely accepted, but these are issues that institutions are still very clearly struggling with and working through. What obstacles still exist for tangible change?

Museum boards need to be diversified because these agendas and priorities come from the top. I think that you also have to have very frank discussion within the institution about diversity—you have to make it an explicit commitment from the director and the curators. We are in the process of doing that, I think, at the Hammer.

You also have to lead by example. The field historically has been filled—in terms of who enters the ranks of the curatorial positions—by young people, largely white, usually from privileged backgrounds. I think that’s changing.