The work, depicting an Achaemenid soldier and dating from the 5th century BC, was ordered removed from the stand of Rupert Wace by the district attorney 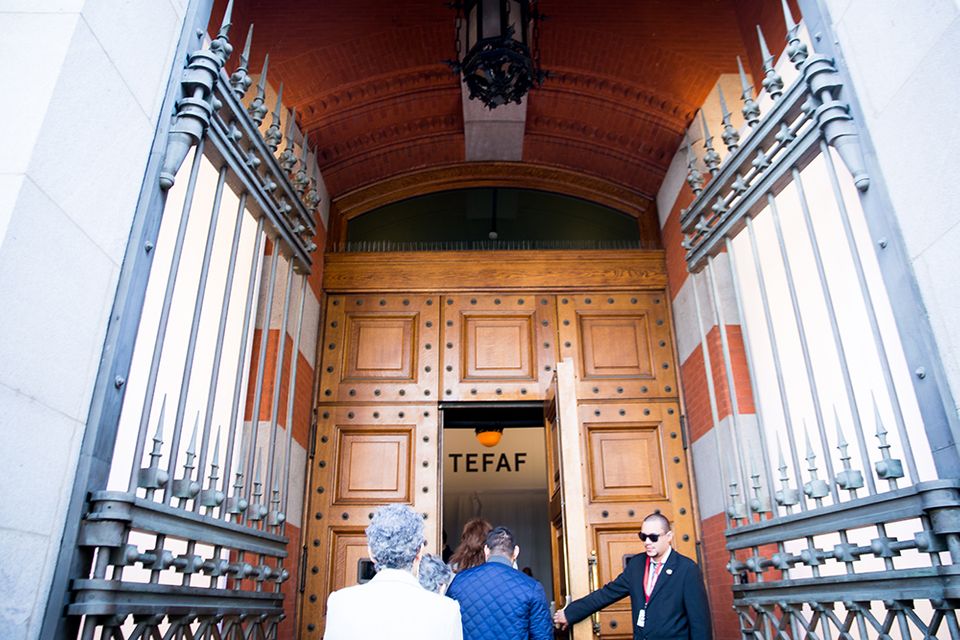 The fall edition of Tefaf New York, held at the Park Avenue Armory Courtesy of Tefaf

In the opening hour of The European Fine Art Fair (Tefaf) in New York on 27 October, US authorities seized an ancient limestone bas-relief from the booth of the London-based antiquities dealer Rupert Wace. The 5th century BC relief, valued at around $1.2m, shows an Achaemenidsoldier wielding a shield and spear and was looted from the Persepolis in Iran, a UNESCO world heritage site. According to artifacts experts, the work was excavated in 1933 by archeologists of the Oriental Institute of the University of Chicago and is visible in photographs of the site taken as late as 1936, confirming that it was exported after the Iranian government criminalised the export of such antiquities in 1930.

The relief was donated to the Montreal Museum of Fine Arts by a Canadian philanthropist in the 1950s and was shown until 2011, when it was one of two artefacts stolen from the museum (the second work, a marble Roman head, has not been found). In 2014, the artefact was recovered by Canadian authorities from an apartment in Edmonton; the resident, who said he bought the work for $1,400, was charged with possessing stolen property and other unrelated charges. The relief was eventually turned over to the museum’s insurer, AXA Art, after the museum decided against reaccessioning the work, and it later entered the market.

Wace said in an statement that “we are at loss to comprehend the events which occurred at Tefaf, [as the museum] was compensated for its loss by [AXA Art] and opted to allow the insurance company to keep possession of the item in lieu of reimbursing it”. The dealer says that the “we in turn purchased the item from the company”. Wace adds that the work “has been well known to scholars and a has history that spans almost 70 years”, and that the gallery will further investigate the matter before reaching a conclusion.

The district attorney’s warrant commanded that law enforcement enter the Park Avenue Armory and retain the “Persian Guard Relief, circa 518-330 BCE, [depicting] the profile of a bearded Persian imperial guard” plus all documents related to the sale and import or export of the work. No one has been indicted in the case and the attorney’s office says that there is no additional information publicly available at this time. Tefaf confirmed that there was no question of the work's authenticity before entering the fair, and details of the relief have been removed from the fair's website; the event continues through 1 November.