The Bureau of Land Management is offering a $10,000 reward for information leading to the arrest of those responsible 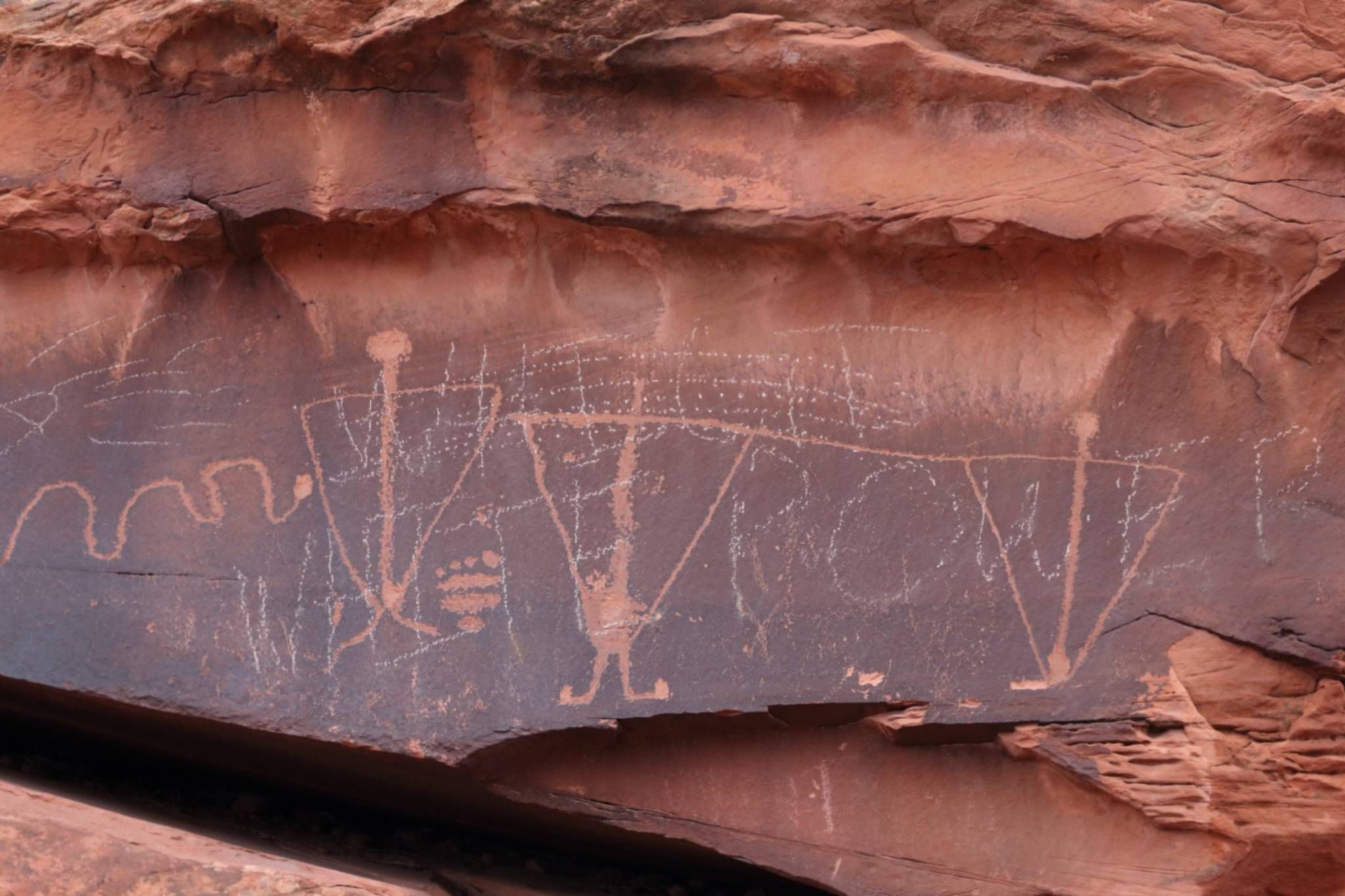 An ancient petroglyph panel known as the Birthing Rock in Moab, Utah, has been defaced with the words “white power” and other obscenities, the Bureau of Land Management (BLM) announced this week. The vandalism follows another recent incident in the region in which a rock climber from Colorado damaged an ancient petroglyph panel known as the Sunshine Wall near Arches National Park by installing climbing bolts on and around the rock art.

The BLM is offering a $10,000 reward for information leading to the arrest and conviction of those responsible for defacing the panel and are still investigating the previous incident. “We are working with professional conservators to remove the offensive graffiti,” the BLM said in a statement. “To prevent further damage, please do not attempt to clean or remove the graffiti.”

The Birthing Rock petroglyphs comprise complex celestial observations and animal and human figures, carved on a red canyon, that are distinct to the Anasazi, Fremont and Ute cultures. The panel is thought to have been incised around 1,000 years ago, although there is no reliable dating technique for rock art. The site was previously nominated for a listing on the National Historic Register, but the process was stalled last year due to the coronavirus pandemic.

The Moab region is home to some of the most significant archaeological sites and national parks in North America and has suffered worsening damage each year as tourists flood the region for recreation. A mysterious monolith that was discovered in Canyonlands National Park last year, for example, was removed by concerned outdoorsmen after the news went viral, bringing an unmanageable influx of visitors, many of whom did not obey the “leave no trace” rule.

The state of Utah recently launched the Stop Archaeological Vandalism initiative seeking to educate the public about rock art and historic sites. “With more people out on the landscape, it’s only natural that we would see more problems, especially in the back country where we don’t have signage,” the organisation wrote in a statement. “Utah’s rugged beauty draws people in, and social media has lured people to find once secret archaeological sites.”