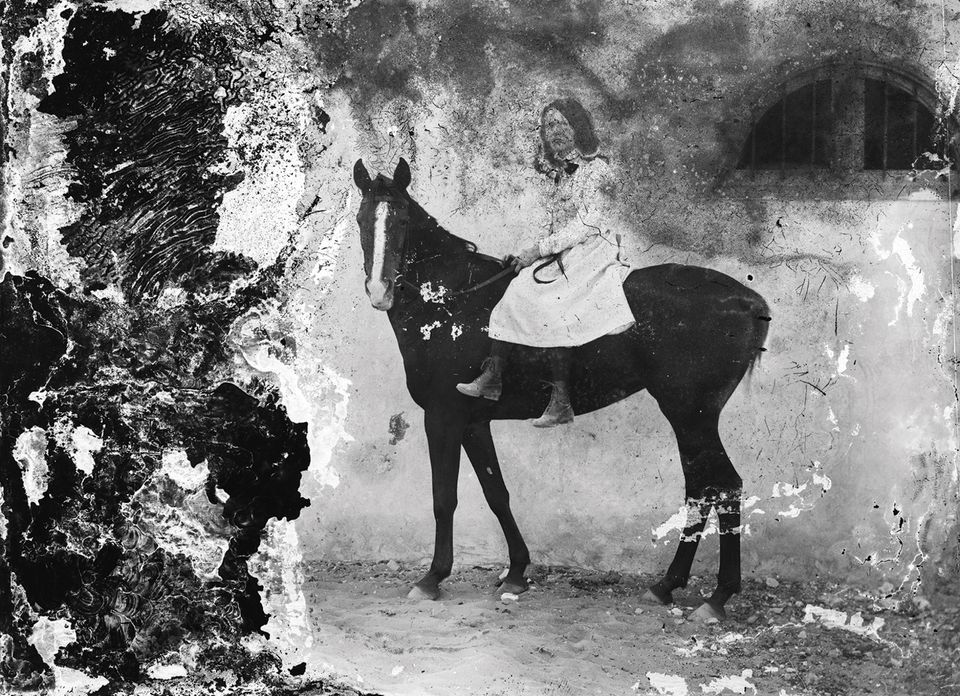 Selim Abu Izzedine’s Portrait of a woman on a horse (1900s, Egypt) has been digitally converted from a gelatin silver negative on glass Faysal Abu Izzeddin Collection; Courtesy of the Arab Image Foundation

The Arab Image Foundation, Beirut’s pioneering non-profit archive of Middle Eastern photography, has launched an online platform that makes 22,000 images from the collection accessible and searchable for the first time. The foundation’s building, which has been closed to the public since 2016, will also reopen this summer, a spokesman says.

The foundation was established in 1997 by the Lebanese artist Akram Zaatari and the photographers Fouad Elkoury and Samer Mohdad. Its mission is to collect and preserve historic photographs in the region, providing a research resource and a platform for artistic projects.

It now holds more than 500,000 images from more than 300 collections across the Arab world and its diaspora. Early acquisitions were followed by a string of donations. Around half of the collection’s photographs are amateur and half professional.

The foundation launched the $255,000 digitisation initiative in 2016, with support from a host of trusts, foundations, corporate sponsors and individuals. The new platform will eventually host around 55,000 images, including records migrated from an old database. Rather than acting simply as an archive, the foundation intends the website to “engage people in the documentation process—for it to become a collective, participatory activity”, says its director, Marc Mouarkech.

There is rising interest in Middle Eastern photography from private collectors, against a backdrop of growing concern over the condition of regional state archives amid political upheaval. The Lebanese photo­graphy collector and curator Tarek Nahas describes the foundation’s initiative as a “very important” step towards opening up the field to the general public.