Using radar technology, archaeologists have uncovered the remains of a 19m-long ship beneath a farmer's fields 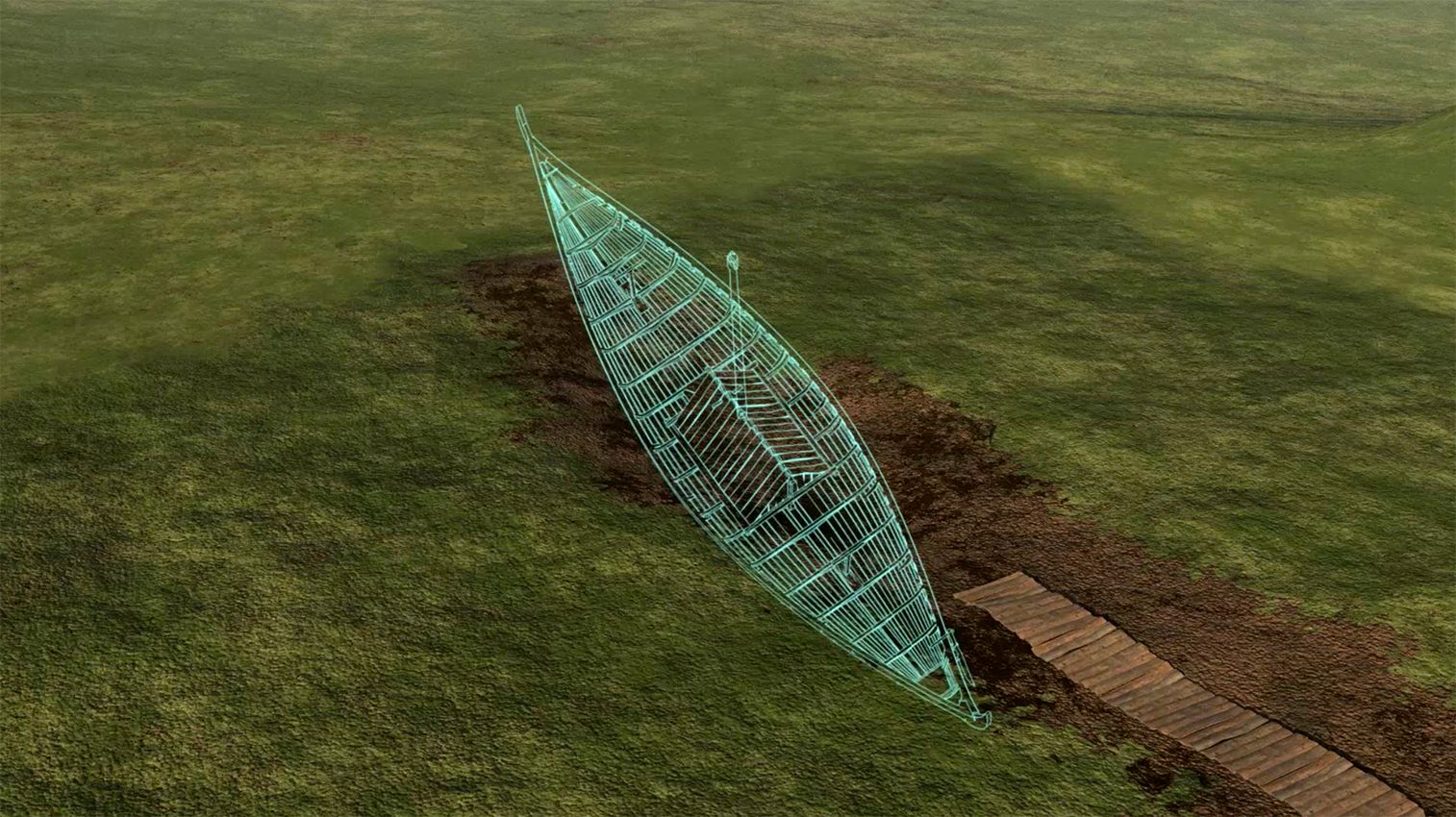 A digital reconstruction of what the Viking ship under the ground may look like Still from video: © NIKU, Norway, from Antiquity Publications Ltd.

Beneath some unsuspecting Norwegian farmland, a 1,000-year-old Viking site consisting of several burial mounds, the remnants of a ship, a large feasting hall and a cult house have been discovered by archaeologists in Ostfold County, Norway. “The site seems to have belonged to the very top echelon of the Iron Age elite of the area, and would have been a focal point for the exertion of political and social control of the region,” writes Lars Gustavsen, the leader of the project, in the journal Antiquity.

The earliest period for the Gjellestad site dates to around the fifth and sixth centuries. It later transformed into a high-status Viking settlement and cemetery.

The Gjellestad site is the home of the Jell Mound—one of the largest Iron Age burial grounds in Scandinavia. A landowner first discovered it in 2017 when requesting permission to build drainage ditches across the field near the mound, with experts confirming the find in autumn 2018.

Archaeologists used ground-penetrating radar (GPR), to map out what lay beneath farmland in Gjellestad—see their findings in this short video. Video: © NIKU, Norway, from Antiquity Publications Ltd.

This prompted archaeologists—led by Gustavsen and his team from the Norwegian Institute for Cultural Heritage Research—to inspect the area using ground-penetrating radar (GPR), to map out what lay underneath. They soon discovered 13 burial mounds, varying in size. Some measured over 30m wide while the anomaly amongst them—interpreted as the remains of a Viking ship—was 19m long.

Ship burials were not an unusual way for Vikings to transition to the afterlife and were seen as a way to honour their heritage. “These societies were closely tied to the sea and seafaring,” Gustavsen adds. “It is only natural that they chose a familiar mode of transport from the realm of the living to the realm of the dead.”

These findings give archaeologists a better understanding of how the wealthy elite lived during the Late Nordic Iron Age (AD550-1050), a period of turmoil after the collapse of the Western Roman Empire and the rise of the Vikings. “Sites like these tell us that elite families or small communities were competing for control of land,” adds Gustavsen.

An excavation of the ship burial is now under way.