Are super-yachts the best places to keep your art collection?

From conservation and insurance to customs and tax issues, the complications of keeping art on boats 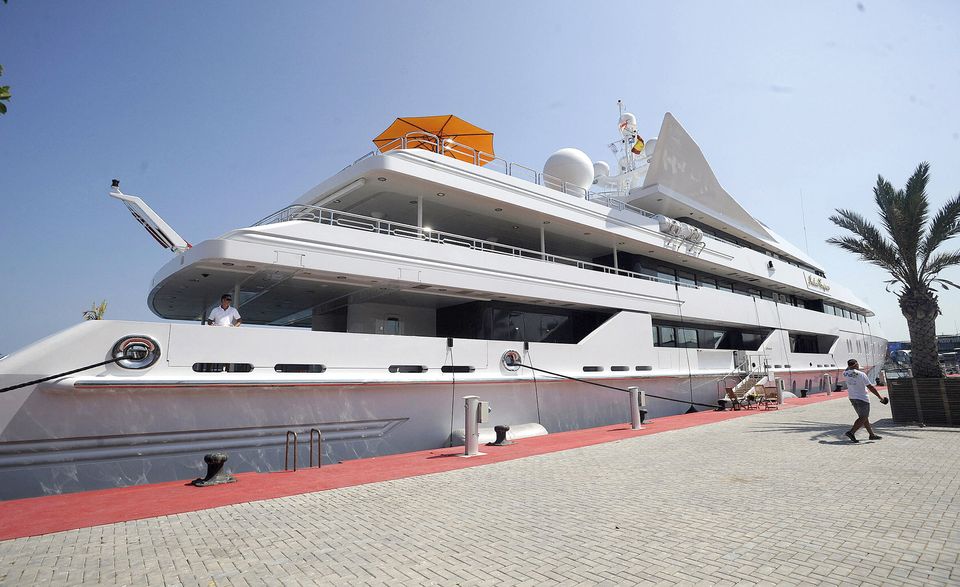 Anyone driving into Miami Beach this week is sure to pass a string of super-yachts—floating signifiers of their owners’ wealth. These highly visible luxury purchases, which come with their own multimillion-dollar price tags and creative names, often hold a cache of cultural treasures, from antiquities to contemporary art. But is a yacht the best place to keep your art collection?

In theory, works are no more at risk on a super-yacht, where temperature, humidity and light are maintained by a full-time crew of up to 50 people, than in a house. High-value items on a yacht will also be insured separately, since they could be worth more than the boat. They may also be fakes. “Insurance brokers will often suggest that you have something of exceptional value copied and put the original somewhere safe,” says the lawyer Jonathan Watson, a partner with MFB Solicitors in London.

There is, of course, the danger of your art being seized—not by pirates, but by Customs & Excise (which some taxpayers consider to be the same thing), if you attempt to avoid paying duty on objects bought in other parts of the world. Recent court cases should serve as warnings to collectors who try to hide their assets by sending them out to sea.

This summer, the mega-yacht Equanimity, belonging to the 36-year-old Malaysian businessman Jho Low, was first seized in Bali. Low, who is now a fugitive, is accused of stealing billions from his country’s sovereign wealth fund 1MBD and using the money to buy real-estate and yachts, as well as an art collection that at one point contained a $39m painting by Basquiat as well as works by Van Gogh, Monet, Calder and Rothko. “We don’t know if valuable art was on the yacht,” Watson says. “But the insurance brokers probably do.”

In a similar case, Vijay Mallya, the former chairman of India’s largest brewer, who has also been charged with financial misconduct, had his yacht—the Indian Empress—seized in Malta. Although the boat was sold in September for €35m, a number of items that were on board, including valuable paintings, were spirited away before they could also be seized, according to Watson.

Such cases raise interesting questions in a world where yachts, often with a complex web of ownerships, transport valuable art from one jurisdiction to another. In 2015, for example, French customs officers seized Picasso’s Head of a Young Woman (1906) from Adix, the Spanish billionaire Jaime Botín’s yacht. Although it was moored in Corsica, He argued that it was sailing under a British flag and was thus in the UK’s jurisdiction, but this held no sway with Spain’s judges, who deemed the work a national treasure and Adix subject to Spanish law.

“There are a host of local rules and regulations governing the inventories of yachts,” Watson says. “They vary from country to country and even from port to port.” All of which makes climate and light control seem like the least of a collector’s concerns.