Argentina stakes its claim on the international art scene

As interest grows in the country’s overlooked artists, its galleries test the water at Madrid's Arco fair

As the guest country at the Arco fair (22-26 February) and the subject of concurrent exhibitions, art from Argentina will be all over Madrid this month. Curators and dealers are hoping this will help elevate names such as Luis Garay, Diego Bianchi, Alejandra Seeber and Sol Pipkin to the same kind of global renown as Liliana Porter and Argentinian-born Lucio Fontana.

This new-found visibility will carry through to the Venice Biennale, Documenta in Kassel, and Pacific Standard Time LA/LA, Southern California, but far from being the flavour of the moment, it is the product of sustained efforts by a dedicated cohort of Argentine patrons, curators, dealers and officials. Thanks to a wobbly yet encouraging political and economic realignment over the past year, this work could be about to pay off.

Chief among them is investing in culture as an economic driver. Macri has found an energetic ally in his successor as mayor of Buenos Aires, Horacio Rodríguez Larreta. “One of my main objectives… is to promote what I call the creative or ­talent-based industries,” Larreta told a panel at Art Basel in Miami Beach last December. He has launched a major effort to expand engagement with the arts in poorer barrios, bringing opera into shanty towns and promoting an arts district in La Boca. 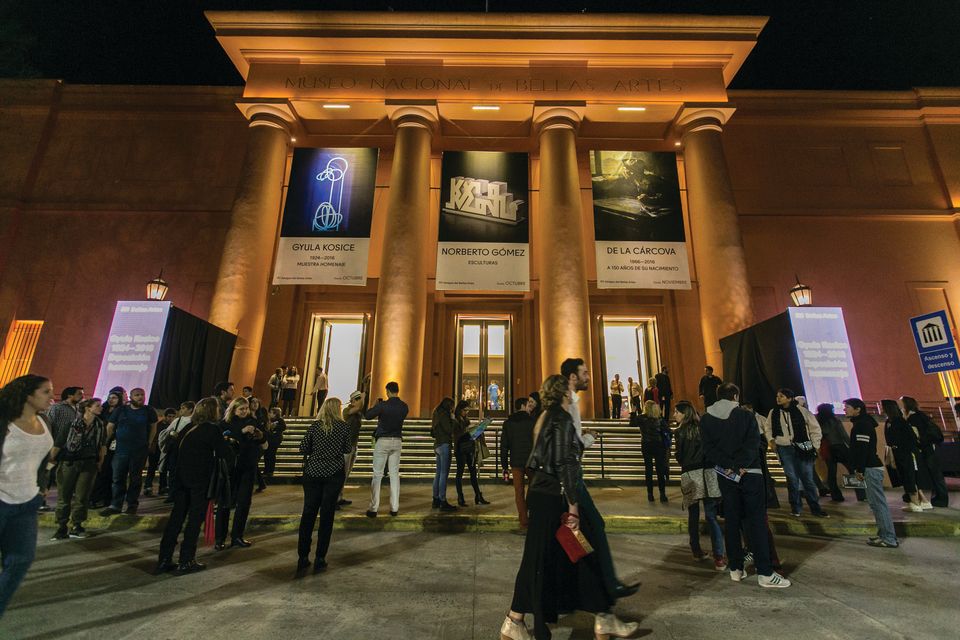 Most significant is the partnership of Buenos Aires with Art Basel in its new Art Basel Cities initiative, announced last autumn. Larreta hopes to leverage the Swiss fair company’s expertise in growing and sustaining art business and tourism. In addition to systemic improvements, a public programme will be announced later this year.

“Knowing its history, the depth of its cultural involvement, and the sophistication of its populace, I thought [Buenos Aires] would be a tremendous first launching point and testing ground for what this project could be worldwide,” says Marc Spiegler, the global director of Art Basel.

The right ingredients Art Basel is hardly stepping into a void. Buenos Aires, a city of three million people, has a proud intellectual and cultural tradition. There are dozens of museums and institutions, many of them founded on respected private collections over the past 20 years. They include those of property tycoon Eduardo Costantini, who founded the Museo de Arte Latinoamericano de Buenos Aires (Malba) in 2001, and the Museo de Arte Contemporaneo de Buenos Aires (Macba), set up by the Fundación Aldo Rubino in 2012.

Although Argentina’s economy has kept it from engaging with international markets, art has quietly flourished in the isolation. “It is a smart and idiosyncratic scene,” says the dealer Nora Fisch, but “there is an imbalance between the quality and quantity of the work produced and the local art market”.

Commercially, the annual highlight is the arteBA fair put on by the arteBA Fundación, which runs from 24 to 27 May this year (its 26th edition) and draws an average of 100,000 visitors—more than Frieze London or Art Basel in Basel. The foundation’s general manager, Julia Converti, says of the fair: “We have hundreds of active Argentine collectors, and also a large number of new collectors and occasional buyers.” In November the organisers added a smaller, curated event for local galleries, ­arteBAfocus, which Converti says “made a big impact”.

Yet demand must come from outside if business is to grow. To this end, the government has begun subsidising dealers’ participation in art fairs beyond the country’s borders. Previously, “it was very difficult for Argentine galleries to go abroad because of the value of the dollar to the peso”, says Natalia Sly, of SlyZmud gallery, which took part in the Untitled Miami art fair in December.

Last year, a group of 45 dealers led by Orly Benzacar (who co-runs the Buenos Aires gallery Ruth Benzacar, founded by her mother in 1965) formed a trade association called Meridiano. Their first target—easing taxes on art sales—is already under governmental review, but members say other regulations still need to change.

The very things that make this context unique, however, risk dilution if development is pursued at any cost. At the Miami panel in December, Alec Oxenford, the entrepreneur, collector and president of the arteBA Fundación, spoke of the “delicate experiment” the city now faces. “We want to turn on the lights in the art scene in the country without impacting it in a way that reduces its identity,” he said.