Of the 104 exhibitors at the fair next month, 56 will take remote participation stands instead of travelling in person 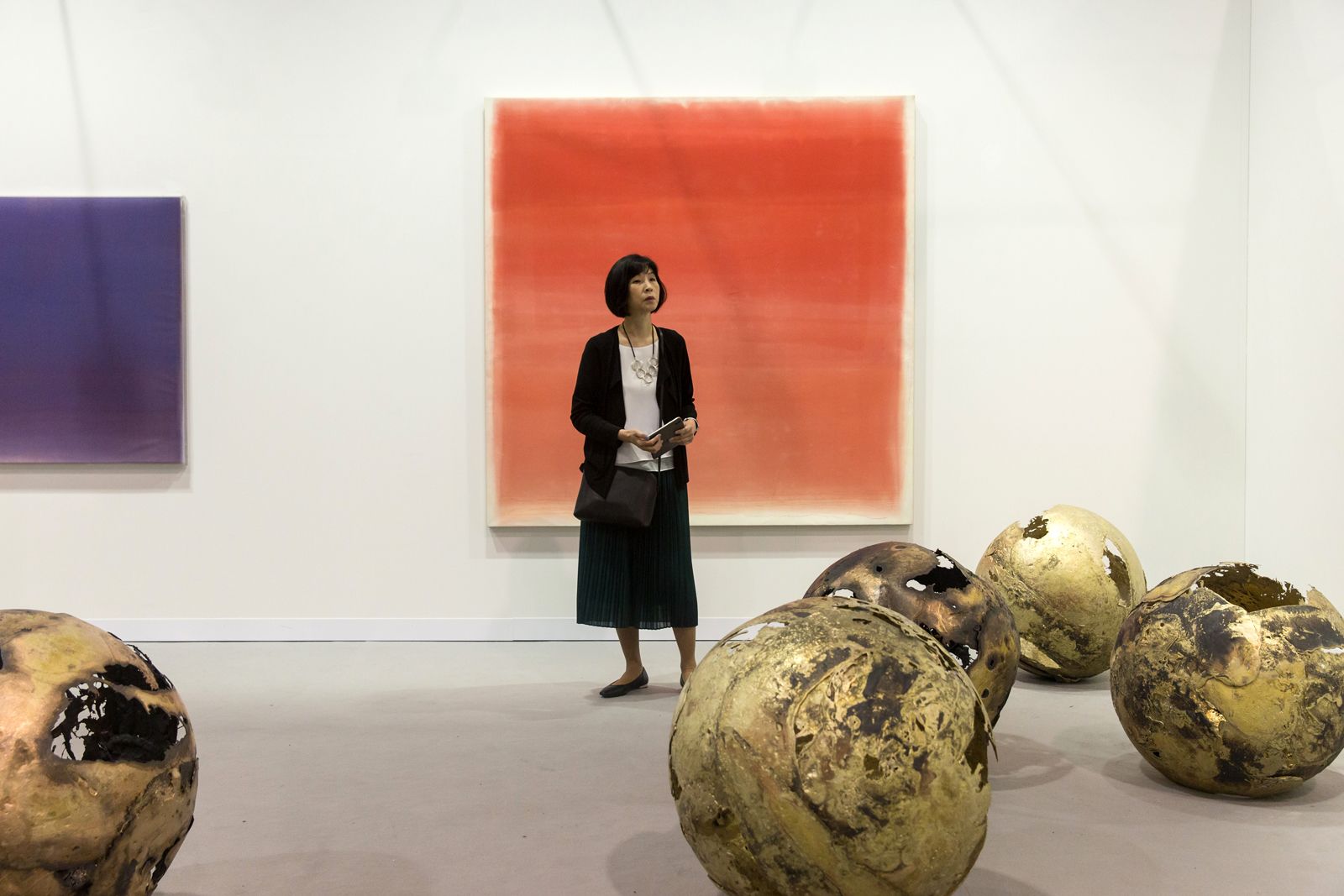 More than half of the 104 galleries at Art Basel in Hong Kong next month (19-23 May) will not exhibit in person, instead sending works of art to "satellite" or "ghost" stands manned by hired staff.

It is little surprise: Hong Kong's Covid-19 travel restrictions are unlikely to have eased significantly by mid-May, and many fear content policing will only worsen after lawmaker Eunice Yung called for the censoring of M+’s China-critical art.

Art Basel has only today released the exhibitor list for the fair—104 galleries from 23 countries will take part, less than half the usual 240 exhibitors. Of those, over half (56 galleries) will not actually travel to the fair, instead taking remote participation satellite stands.

Those in the exhibitor list include international galleries such as Gagosian, Hauser & Wirth, David Zwirner, Perrotin and Pace alongside Pilar Corrias, White Cube and Stephen Friedman Gallery from the UK and Europe. But the majority are based entirely or partly in Asia, such as Grotto Fine Art, Hanart TZ Gallery, Ora-Ora and 10 Chancery Lane Gallery (all Hong Kong); Take Ninagawa, Nanzuka and Taro Nasu from Tokyo; Kukje Gallery from Seoul and Pearl Lam Galleries (Hong Kong and Shanghai). Several exhibitors will share stands, including Silverlens and Rossi & Rossi, and Meyer Riegger and Sies + Höke, while eight Italian galleries will share one stand. The Hong Kong fair Fine Art Asia will also take a group stand for some of its exhibitors, showing antiques and works of art made mostly before the 1940s.

For the satellite stands, the fair will train local assistants to “answer questions about the works, and act as on-site assistants to help gallery owners”, an Art Basel spokesperson says. But they “will not be expected to engage with sales…this will be handled by the gallery teams remotely”. Works will be installed by the galleries’ art handlers.

Paris gallery Balice Hertling will share a satellite stand with Shanghai’s Antenna Space. “We are not going there but just sending the works,” says Balice Hertling’s co-founder Daniele Balice. “We will not send any of our employees there because we don’t think it’s fair to force someone to be in quarantine for that long.”

Several dealers say they are confused about how the assistant system will operate—some are independently recruiting temporary staff who are Hong Kong-based. The city requires visitors from Greater China to quarantine for two weeks, and from elsewhere for three weeks. Anyone returning to mainland China after must hotel quarantine for another 14 to 21 days. Some mainlander dealers say they can only obtain seven-day Hong Kong visas which expire mid-quarantine. Last November, Shanghai fairs were able to secure special entries for dealers, though not collectors.

Lisson Gallery is opting out this year. “With the extreme challenges around participation in the fair logistically, it is proving near impossible to staff the fair due to lengthy quarantine requirements on both sides of a trip, and given the way we work with our artists and the value of work that we would typically ship, we cannot see a way to do the fair in a way that would satisfy our standards and the expectations of our artists,” a spokesperson says. Therefore, “we have withdrawn from ABHK 2021. We fully expect to be back at the fair next year when the world has opened up again.”

Others feel it is important to back the fair now, including Atsuko Ninagawa, the director of Tokyo’s Take Ninagawa, which will take a satellite stand: “It is important for us to support Art Basel in Hong Kong because it in turn supports the art ecosystem here in Asia.”