Galleries including Lévy Gorvy, Lisson and Sprüth Magers have expressed their concerns in a letter to the fair organisers 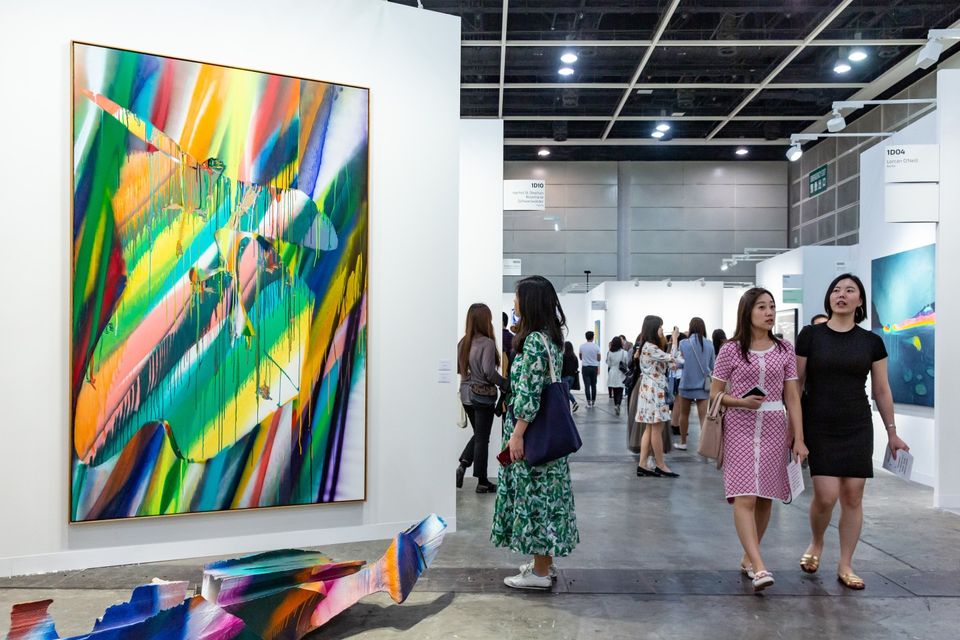 Twenty-four top level galleries including Lévy Gorvy, Lisson and Paula Cooper have written a letter to the organisers of Art Basel in Hong Kong expressing concerns over a drop off in the number of collectors and patrons attending the fair this year, as well as threats to freedom of expression due to increased Chinese control in the semi-autonomous region.

In the letter, first reported on Artnet news, and sent on 16 January to Marc Spiegler, the global director of Art Basel, and Adeline Ooi, the director of Art Basel in Hong Kong, the galleries say 2020 “is not a good year to hold this fair”. The event comes amid continued pro-democracy protests, which have seen millions join demonstrations over the past seven months.

The dealers say that “many people who normally attend the fair have indicated that they will not attend this year”. However, responding via letter on 18 January, Spiegler and Ooi point out that “VIP registration numbers are consistent overall with previous years—and especially strong from the Asian region, where we have actually seen an increase in VIP registration from mainland China”.

Exhibitors say they are also uneasy about Beijing’s chipping away at freedom of speech and political rights in Hong Kong. “Many of our artists are unwilling to have their work shown at the fair,” exhibitors say, because increasing Chinese control is not “consistent with their core belief in the freedom of expression”. Some dealers say they will take a different approach to their booths this year, as well as cutting back on lavish parties, while others are tackling the situation head on by bringing overtly political works.

The 24 galleries are also calling for a number of concessions, including a 50% reduction on booth fees, the option to reduce booth sizes without penalty and an extension on the payment deadline until late February. They are also requesting access to reasonable insurance coverage; fair organisers have previously said they are working with a local insurance broker to offer cover—at 20 times the normal rate.

In their letter, Spiegler and Ooi note that, “At the moment, the protest situation in Hong Kong is calmer than in the fall, although of course no one can accurately predict how this will develop. At the same time, we fully acknowledge that this year is not business as usual, and we are thus doing everything we can to support all the galleries coming to Hong Kong.”

Addressing the insurance question, they recognise that “the situation is more complex than in previous years”, but say their brokers, Expat Marine Limited and the insurers Circle Asia Ltd (on behalf of a syndicate at Lloyds of London), “are regularly reviewing the situation in Hong Kong” and have secured “the optimal insurance currently available”.

The fair organisers also point out that 15% of exhibitors have already taken them up on their offer to reduce their booth size, including nine of the letter’s signatories (the full list is included below). Spiegler and Ooi have also agreed to “work with exhibitors on alternate payment plans upon special request, and we are very willing to offer extended payment terms”.

Unsurprisingly, the request for a 50% booth fee reduction was declined. “With the show only two months away, and given all the expenditures we have already made and are contractually committed to make, introducing a 50% booth-fee reduction across the entire fair is financially untenable,” Spiegler and Ooi say.

So far, only five dealers have pulled out. Two unnamed galleries withdrew last autumn while Luxembourg & Dayan, Tyler Rollins Fine Art and SCAI The Bathhouse dropped out in mid-January after organisers offered extra time for exhibitors to pay a reduced withdrawal fee (75% of the booth cost rather than 100%). The total number of exhibitors currently stands at 241, although Art Basel plans to add three more galleries from its waiting list.