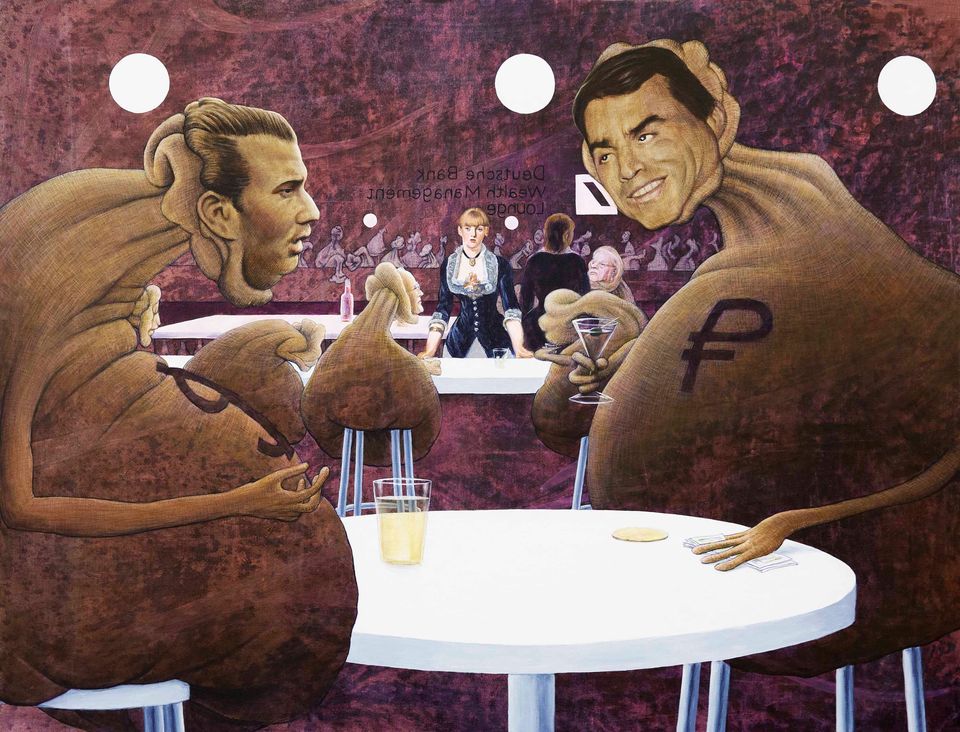 In the absence of the flesh-pressing, glass-clinking fervour of real life art fairs, many artists are embracing the seclusion of lockdown and readily adapting to the art world’s newfound digital status, creating works specifically with virtual fairs and online viewing rooms in mind.

The British artist Tracey Emin, once known for her gallivanting ways, says she has relished her time during lockdown, titling her latest show I Thrive in Solitude. The online exhibition is live on White Cube’s website until 2 August.

Speaking during a virtual studio visit on zoom last week, Emin says she has never felt so excited about the new direction her work is taking. “I have had three of the most amazing months in London, apart from the fear and the death and the sadness,” she says, revealing that her cousin died of Covid-19. “My world has become incredibly myopic and tiny but I’ve become a better person for it. I can be as hardcore and as concise and as focused as I want to be on my work.”

Her White Cube show consists of 12 paintings ($70,000-$75,000), each measuring around 30cm square—perfect, Emin says, for viewing online. “Thousands of people will see this work in a really intimate way in their homes. I’m not cynical about the fact that it’s online and you can’t touch it,” she says. “There’s more integrity in reading a book and really studying art rather than going to an art fair with 20,000 people and having a two-second glimpse at something between somebody’s shoulders. That isn’t experiencing art.” Tracey Emin's The Kiss (2020), one of her new acrylics on canvas in the White Cube show © Tracey Emin. All rights reserved, DACS 2020. © White Cube (Theo Christelis)

Her paintings, which she describes as “a little bit Impressionist-y, a little bit Matisse-y” are of interiors—some of her home on Fournier Street in East London, which she is selling after 20 years, and some of her new home in an undisclosed location nearby.

The Los Angeles-based artist Jim Shaw has also settled into a slower pace of life over the past few months. Speaking on Skype from his home, he tells me life in quarantine has been “kind of like being retired”. He adds: “It’s given me a view onto a different kind of life which doesn’t sound so bad, less stressful.”

While he might not be missing art fairs, Shaw has chosen a VIP lounge as the subject of a new work he is showing with Simon Lee Gallery in Art Basel’s online viewing room, which opens to digital "VIPs" today and runs until 26 June. Titled Deutsche Bank Wealth Management Lounge (2020; priced at $50,000), the painting swaps well-heeled VIPs for sacks of roubles with faces; those closest to the viewer are Justin Kennedy, a former investment banker at Deutsche and the son of now-retired Justice Anthony Kennedy, and Donald John Trump Jr. Manet’s Bar at the Folies-Bergère provides the art historical backdrop.

“I was at Frieze [two years ago] and saw this place called the Deutsche Bank wealth management lounge, so it kinda made sense to put it all together in an image,” Shaw says, noting that he decided to take a more illustrative approach to make the work stand out online. “[The artist] Robert Williams once said about cover art that the purpose of it is to grab your attention, in a sense I am following that sort of scenario,” Shaw adds. 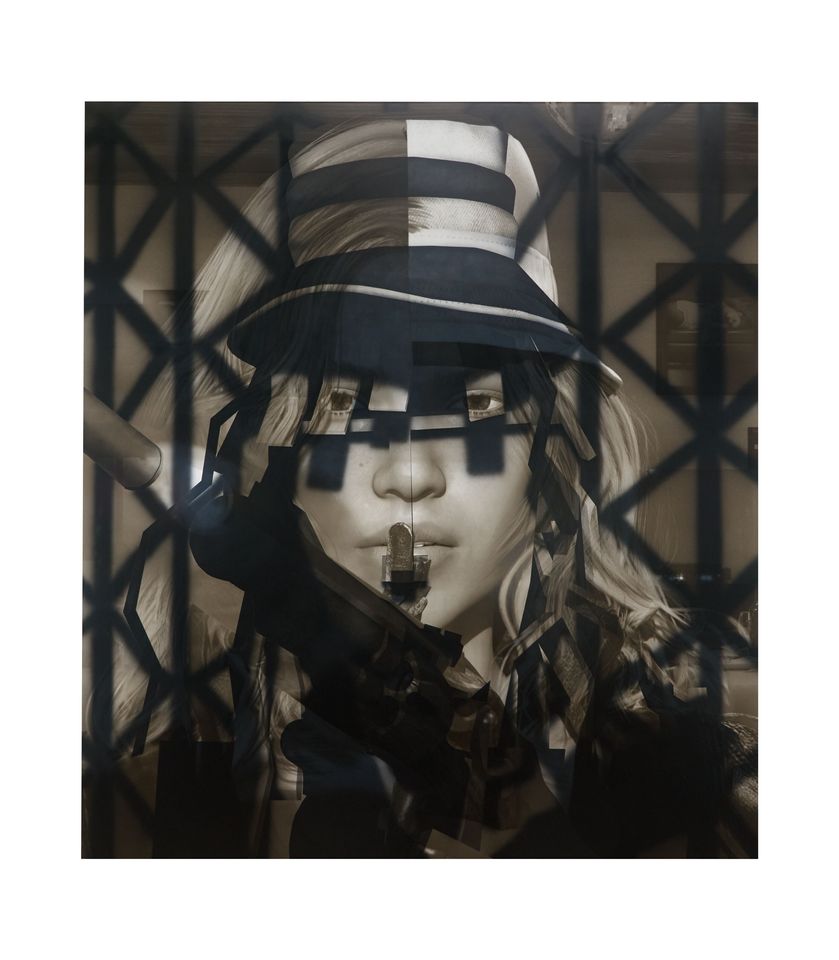 It is an often-used saying that, for an artist, going to an art fair is like “a steer going to slaughter”, as Shaw puts it. He says he tends to avoid online viewing rooms too, but thoroughly approves of not having to travel for openings, not least because he is keen to reduce his carbon footprint.

Shaw recalls a Kanye West show at Blum & Poe gallery in Los Angeles several years ago, which the rapper was unable to attend in person: “Instead he sent a robot with an iPad broadcasting his face. I thought the man was a genius. I would do that in a heartbeat.”

Long before the art market’s current investment in online operations, the New York artist Avery Singer was creating computer-generated paintings that catered for both the analogue and digital worlds. Her most recent works, including Assassin (Bird bar, 2020), on show in Hauser & Wirth’s online viewing room, experiment with digitally driven robotic airbrushing. Singer explains: “I have a new 3D software I’ve been modelling in called DAZ3D, and an airbrush printing machine set up in my studio to execute imagery produced in this software on canvas.”

With Assassin (Bird bar), Singer says she wanted to “create a familiar setting” to stage her models in, pointing out that the pub environment “is an age-old one”. She adds: “The one I’ve created is supposed to satirise trends in hip bar settings in New York: to me they all look like a cheap grimy bistro.”

In a nod to current lockdown conditions, Singer notes how, despite the image clearly being set in New York City, “when you look out of the windows of bird bar you see vistas that have been staged to look like the streets of Paris. So, maybe if you got drunk enough in there you could fake a vacation”.

For now, however, the jury is out as to whether art’s power to transport the viewer elsewhere—lubricated by alcohol or not—translates to the digital sphere.