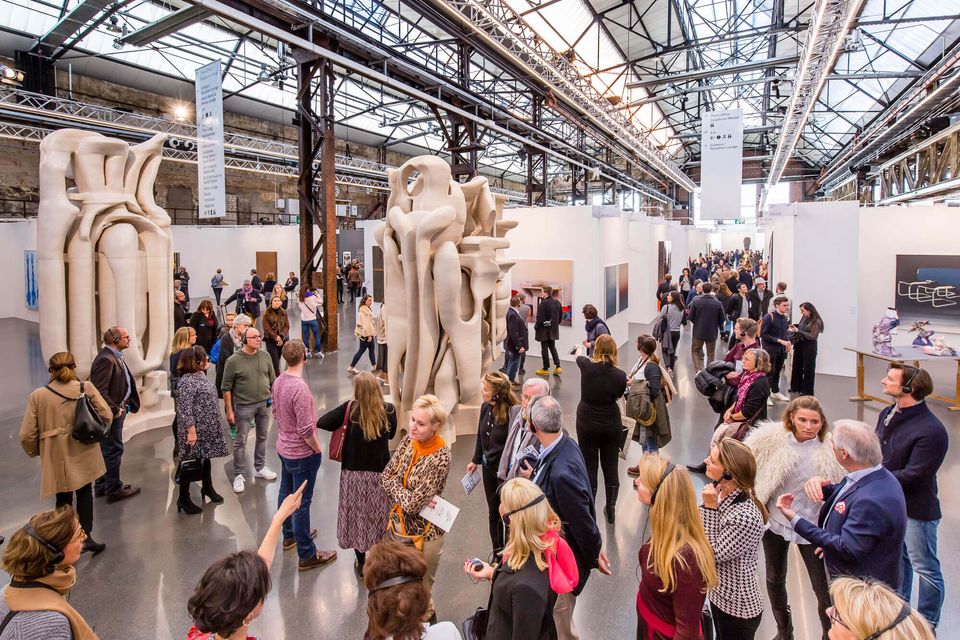 Art Düsseldorf could see a boost in Asian-Pacific collectors in the coming months and years as it was announced today that the Swiss-based MCH Group, which owns the Art Basel franchise, has sold its 25.1% stake in the fair to Sandy Angus and Tim Etchells.

The 25.1% stake, bought by MCH in 2017, has been split equally between Etchells and Angus for an undisclosed sum. In order to “expand his strategic role” in the fair, Angus has bought a further 15% from the current owners of Art Düsseldorf, Walter Gehlen and Andreas Lohaus. They retain the remaining 59.9%.

Describing the new partnership as a “strategic alliance” for Art Düsseldorf, Gehlen says the fair will benefit from the expertise of Angus and Etchells, “not least because [their] strong international network of successful art fairs gives us the opportunity to reach out to the Asian-Pacific collector community”.

Angus says the relationship will work both ways. “It's about giving a broader context to Art Düsseldorf through our contacts in Asia, but at the same time we are hoping to build a rapport with more German galleries, which might lead them into our Asian and other fairs,” he says. “Building confidence and relationships with galleries is key.”

One of the biggest issues with MCH was its hands off approach; the group was hardly involved in the running, financing or sponsorship of Art Düsseldorf. “The belief was that they would be much more involved. I think that came out of a concern that Düsseldorf was almost too close to Basel geographically. MCH sort of stepped back when they realised that,” Angus says. “Whereas we hope very much to contribute to improving their sponsorship, their gait and all the other bits we are good at.”

While exhibitor applications are already in for the third edition of the fair (15-17 November), Angus says they may leave “one or two spaces for Asian galleries, or anything that we can do to keep the quality of the fair as high as possible”.

He adds: “Düsseldorf has an awful lot to offer in terms of museums; it's arguably the most important centre for the arts in Germany. It's certainly got a lot going for it and I hope we can build it up and make it considerably better.”

MCH abandoned plans last summer to grow its portfolio of regional art fairs, withdrawing from Art SG, a new fair in Singapore, before it had even launched. In a further twist, Magnus Renfrew, the director of Taipei Dangdai, has taken up a stake. As part of “streamlining” operations, MCH is also looking for a buyer of its 60.3% stake in the India Art Fair, which Angus has co-owned since 2011.

Angus says he has made “no secret of the fact” that he is “anxious” to acquire MCH's shares in the India Art Fair. “We are making our best efforts to achieve that, but the decision will be theirs, and that decision will hopefully begin to clarify after Art Basel in June.”

One fair to come out apparently unscathed is Masterpiece London, to which MCH remains committed to its 67.5% investment. The London event is also dipping its toe in the Asian market, taking over a “pavilion” within Fine Art Asia in Hong Kong this October as part of what it calls a “long-term partnership” with the fair.