As exhibitors threaten to pull out of the fair in the face of travel uncertainty, another letter offering "extraordinary" one-off concessions to dealers is sent

UPDATE 19 September: Art Basel announced that as of Monday 20 September, all guests with a vaccine approved by the European Medicines Agency (EMA) will be allowed to enter without taking a test, providing they show a proof of vaccination. The vaccines approved by the EMA are: AstraZeneca, Comirnaty (BioNTEch/Pfizer), Moderna and Johnson & Johnson/Janssen Pharmaceuticals. In the face of mounting pressure from nervous exhibitors and last week's US "do not travel" advisory for Switzerland, Art Basel (24-26 September) has sent another letter of reassurance and concessions to its exhibitors.

The letter outlines two substantial, one-off initiatives that Art Basel's director Marc Spiegler tells The Art Newspaper are "extraordinary measures for extraordinary times". First, Art Basel has pledged to foot the bill for any hotel quarantine and second, it will establish a CHF1.5m ($1.6m) "solidarity relief fund" that will be apportioned out to any galleries disappointed with their sales at the fair—more on that later.

Asked if galleries have dropped out of the fair already, prompting these drastic measures, Spiegler tells The Art Newspaper: "No. Obviously there are some galleries who are considering it and who are concerned about the situation. But, so far no one has pulled out."

In the letter, Spiegler writes: "We’ve been speaking and listening to many of you following Friday’s communication and are deeply conscious of the concerns that exist as the opening day of Art Basel in Basel approaches two weeks from now."

Two major issues persist for exhibitors, Spiegler says. First, the uncertainty around sales, "due to the expectation that there will be a reduced number of collectors present". Second, what would happen if one (or more) members of a gallery's staff tests positive for Covid-19 and therefore needs to quarantine for 10 days in Switzerland.

So, as many exhibitors do not have travel insurance to cover the hotel quarantine costs, Art Basel has pledged to cover this and "will bear the added hotel and travel-rebooking costs for any exhibitor who tests positive and remains in Switzerland to quarantine". Regarding how a positive test might impact the rest of a gallery's team, another major concern, the letter stresses that "under Swiss law, a quarantine due to contact tracing only applies to people that are not vaccinated and who also meet all three of the following criteria: a) they spent more than 15 minutes with the person testing positive, b) while indoors in close proximity, and c) while not wearing a mask."

Spiegler tells The Art Newspaper: "We don't expect there to be a lot of positive tests but we didn't want galleries worrying the whole fair long that there might be an extra expense at the end, so we thought we would take that financial risk out for them by covering it ourselves." While Spiegler says Basel hotels have agreed "preferential arrangements" with the fair, he declines to give a worst-case-scenario figure for the bill that Art Basel may have to pay: "We never talk about specific numbers, but we feel it's an acceptable risk for us to take." 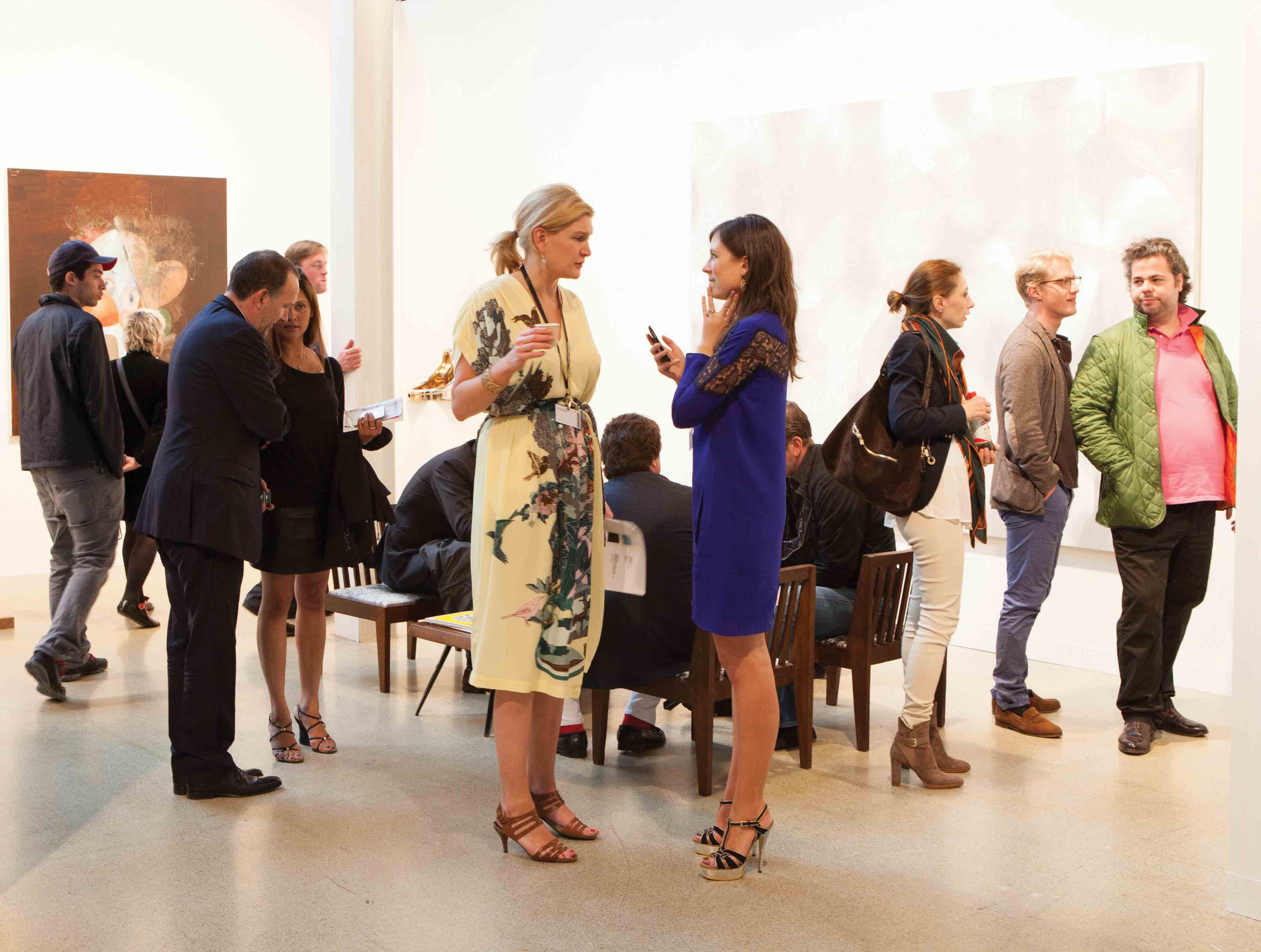 There are concerns over how many key clients will attend the fair this year, particularly those from the US © David Owens

Sales, Spiegler says, are more complicated. "The reality is that we fully expect that some galleries will do very well, some will break even and that others may lose money. We hope you agree with us that our major concern should be for this latter group—those who don't cover their costs," he writes in the letter.

And for those, Art Basel has created a "one-time solidarity fund" of CHF1.5m ($1.6m). The way this operates is that every gallery (in theory) receives a promised 10% reduction of their square-meter rate (in addition to the 10% reduction given in the spring). This reduction will not be given out automatically, but rather put aside as a sort of relief fund by Art Basel. A couple of weeks after the end of the fair before the final invoices are sent out, Art Basel will ask every gallery if they want to opt in or out of this fund, depending on how their sales have gone.

If a gallery is happy with its sales, then their portion will remain in the pot and will be distributed to those who have had poor sales and opted into it. The allocation system will be administered by an independent auditor and Art Basel will not disclose which galleries benefitted from the fund.

"We put aside what most people would consider a large sum of money, especially in the context of us not having been able to run large-scale events for year and a half, in order to create some sort of backstop, in view of the fact that it's really unclear what's going to happen with sales," Spiegler tells The Art Newspaper. "On the one hand, the Delta variant has pushed some people to forego their trip to Basel. On the other hand, the market is strong, the material that's coming is strong, the European market is strong and the European collectors are coming."

He explains: "The more galleries who choose to forgo the reduction, the larger the reduction will be for the remaining galleries. And the only question is, how many galleries decide to leave the money in the pot to be distributed to the less successful colleagues?"

Of course, this system relies on the assumption that the biggest galleries taking the largest stands —the Gagosians, Hauser and Wirths and David Zwirners of this world—are likely to make stronger sales and, therefore, will not opt in for receiving the relief payout, so leaving their sizeable chunk in the pot to be split among others in greater need, i.e. smaller galleries.

A final point: galleries will not have to quantify their sales to gain the reduction. "We thought about a much more complicated system where people have to open up their books to prove to us that they lost money—that's how a government would work," Spiegler tells The Art Newspaper. "But we decided instead to keep the system really simple and let the galleries decide whether they feel they need the reduction, or whether they prefer to pass it along to their colleagues who might need it more. It's an honour system of sorts."

So, will Art Basel 2021 run at a loss? Spiegler replies "Our goal is to have a profitable fair. And obviously, we've chosen to contribute part of those profits to the galleries. But we're not intending to run it at a loss. We think the impact on our profits is acceptable in view of the situation, and it's really important to support our galleries in this difficult time."

On the letter, Rachel Lehmann, the co-owner of Lehmann Maupin, says: "We have made a commitment to support the art world as we know it. Fairs are a key part of our ecosystem, as are galleries both big and small."