Is the UK’s premier award a big draw for international collectors? 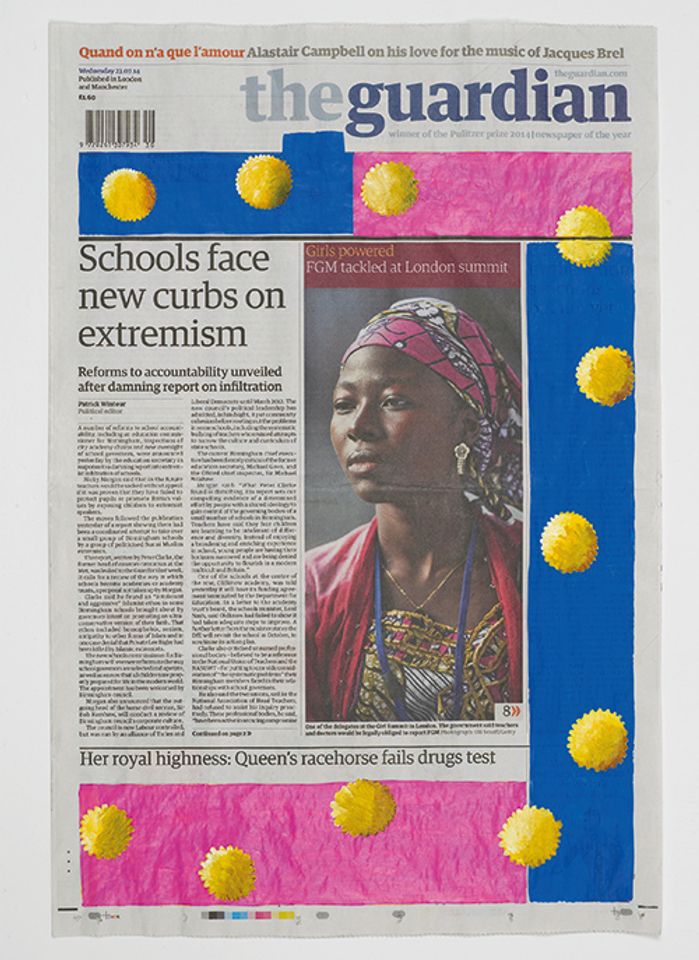 Turner Prize nominees and winners young and old pepper the Basel landscape this year, but does this very British accolade count for much on the international market? Established in 1984 by the Tate, the prize is aimed at UK-based artists who have had an outstanding display of work during the previous year. The 30-year-old New Zealander Luke Willis Thompson, the youngest nominee this year, has a show at Kunsthalle Basel (8 June-19 August). Meanwhile, at Art Basel 2018, Lubaina Himid—who became the oldest ever winner last year, at 63—will have a solo presentation in the Feature section with London’s Hollybush Gardens gallery.

“Even before her Turner Prize win, there was quite keen market interest,” says Lisa Panting, the co-director of Hollybush Gardens, which has represented Himid since 2013. “Prices for her work have increased but not hugely; they have not doubled, though we may have been conservative on that front.” Himid’s work has rarely appeared at auction; Artnet’s price database lists only one work, which failed to sell at Phillips Bayswater in 1999, estimated at just £400-£600

Panting says collectors outside the UK are well aware of the Turner and how it bestows legitimacy on artists, both critically and commercially. Candace Worth, a New York-based art adviser, confirms this view. The prize is “prestigious”, she says, and on the radar of international “collectors who care”.

Worth adds that the Tate’s decision last year to abolish an age limit of 49 chimes with trends: “It makes sense at a time when the market is acknowledging the significance of overlooked, mid-career artists.” She equates the Turner with the $100,000 Hugo Boss award, administered by the New York-based Solomon R. Guggenheim Foundation, and with the annual MacArthur Fellows Program, which offers “genius grants” to American and US-based cultural figures.

Other artists have seen their stock rise on the back of the prize, though this can be a slow burn. Grimm Gallery of Amsterdam will be showing KOHL (2018), a four-channel video by Elizabeth Price, who won the Turner in 2012. Priced at £30,000, the work is in an edition of three, and will also be available as part of a triptych (£50,000). Price’s victory did not boost her stock directly after she won. However, her work has increased in value over time, Jorg Grimm says. “Winning the Turner Prize is an ongoing résumé-booster,” he says.

Yet artists involved in the early years of the award are often a footnote in its history. The late British sculptor Helen Chadwick was one of the first women to be nominated, in 1987. Richard Saltoun’s London-based gallery will be showing a series of works by Chadwick in Feature at Art Basel. Are collectors aware of her Turner nomination? “I doubt it,” he says. “I doubt the Basel audience will be aware of Helen Chadwick.” Nevertheless, “We are focusing on Piss Flowers [1991-92] and Wreaths to Pleasure [1992-93]. Two of the works will be priced around $250,000 and $350,000.” Smaller works will be priced from $2,000.

Saltoun is one of 16 first-time exhibitors at this year’s fair, many of which are emerging and mid-size galleries. Marc Spiegler, Art Basel’s global director, says: “We talk a lot about the issues and challenges facing mid-career and younger galleries, and are always exploring new ways to foster and support them.”

Twelve dealers from Europe will make their debut; there will also be three new exhibitors from the Americas, including Essex Street of New York. Perhaps surprisingly, there will be a solitary gallery from Asia—White Space Beijing. Participating in the Feature section, which is dedicated to historical artists, has paid off for some dealers such as Alexander Gray Associates of New York and Berlin’s KOW, both of which will graduate this year to the main Galleries section.