While the Public and Film sectors are not taking place this year, the large-scale performance and installation work will be shown free to the public in the convention centre's new 60,000 sq ft Grand Ballroom 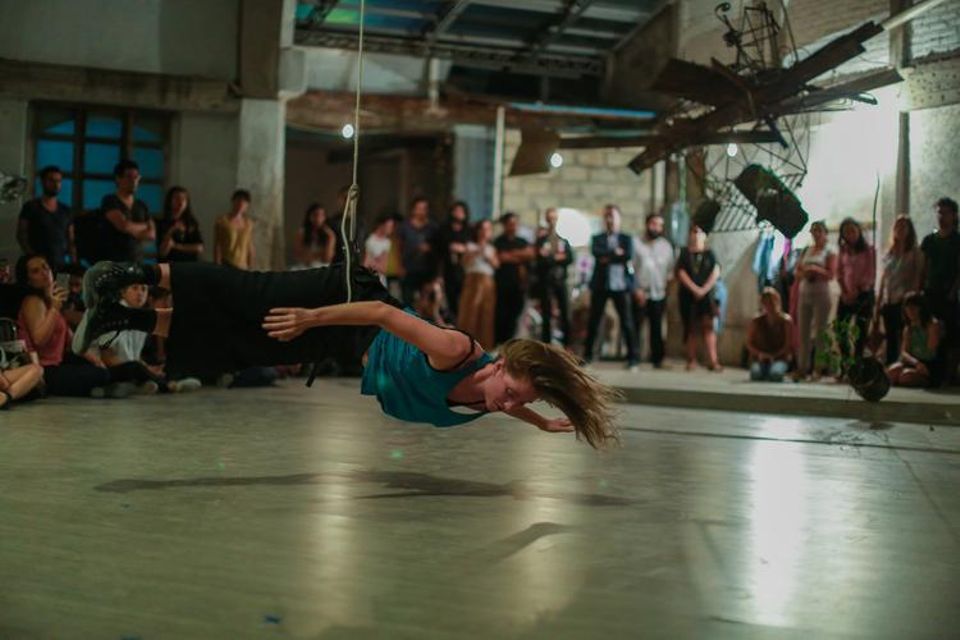 A fresh iteration of Abraham Cruzvillegas’ acrobatic performance and installation piece Autorreconstrucción: To Insist, to Insist, to Insist... will take over the Miami Beach Convention Center’s newly built 60,000 sq ft Grand Ballroom as part of Art Basel Miami Beach this year. The fair is working with the curator Philipp Kaiser and the independent New York art space The Kitchen—where Cruzvillegas’ work was shown earlier this year—to organise the project, which is built from found materials and is activated by musicians and dancers, led by the choreographer Bárbara Foulkes, swinging from suspended sculpture. The work will be open to the public for free, with performances scheduled everyday at 3 and 5pm throughout the fair’s run (6-9 December).

Cruzvillegas’ large-scale work is the only free art project the ticketed fair will organise this year, with both its popular programmes for the Public sector (normally held in Collins Park by the Bass Museum and organised in 2018 by Kaiser) and Film (in Soundscape Park by the New World Symphony Hall), not taking place this year. MGM Resorts Art & Culture, which has sponsored the Public sector since 2016, is supporting Autorreconstrucción instead.

A spokeswoman for the fair said that with the $620m renovation of the convention centre done in time for the show, “Art Basel's priority this year will be on maximising the new state-of-the-art facilities that the building will provide.” Noah Horowitz, the fair’s director Americas, said in a statement that Cruzvillega’s work “heralds an exciting new chapter for Art Basel in Miami Beach” and suggested “the sheer scale of the Grand Ballroom and its immediate proximity to the show floor give us unprecedented opportunities for presenting ambitious artistic projects that go far beyond the limits of the conventional art fair stand”. There is also the possibility more outdoor works could be organised by the fair next year, as work on the surrounding grounds is completed by 2019. This includes a new 5.8 acre park planned on what is now the convention centre parking lot and truck staging area, and another 3.5 acres park around the historic Carl Fisher Clubhouse on the north side, providing the fair “with even further opportunities for the future”, the spokeswoman said.

But public art fans should not lose heart, as there will be plenty of work around Miami for them in December. This week, the City of Miami Beach Art in Public Places programme is unveiling a permanent sound and video installation by Bill Fontana in Soundscape Park, inspired by South Florida’s environment and wildlife. And the Bass Museum is bringing a weather- and light-sensitive installation by Sam Falls, Untitled (Maze) (2014), to Collins Park during the fair, as well as an inflatable ladder sculpture by Paola Pivi as a part of her exhibition at the museum. These join existing long-term pieces by Ugo Rondinone, Sylvie Fleury and Jim Drain, while the watchmakers Audemars Piguet are bring a temporary pavilion designed by the artist Tomás Saraceno to the beachfront across from Collins Park. And the newly launched Faena Festival will include Alfredo Jaar’s big-screen A Logo for America (1987) installed on a boat that will float along the coastline for the week, as well as new commissions and performances by Derrick Adams, Cecilia Bengolea, Isabel Lewis, Luna Paiva, Tavares Strachan and Wu Tsang.