From works on paper by emerging artists to an Anish Kapoor sculpture, the fair caters to all pocketbooks

With the introduction this year of Art Dubai’s Residents section, which focuses on emerging artists, first-time buyers can pick up a work on paper by young and promising practitioners for as little as $300. In the main contemporary halls, big-ticket prices can soar as high as £800,000 ($1.1m), for an Anish Kapoor wall-mounted circular disc at Galleria Continua, or €460,000 ($564,000), for a Joan Miró sculpture from Galerie Lelong. Over in the Modern section, prices are largely in the five-figure range. Here is a sampling of objects to suit buyers at all levels. 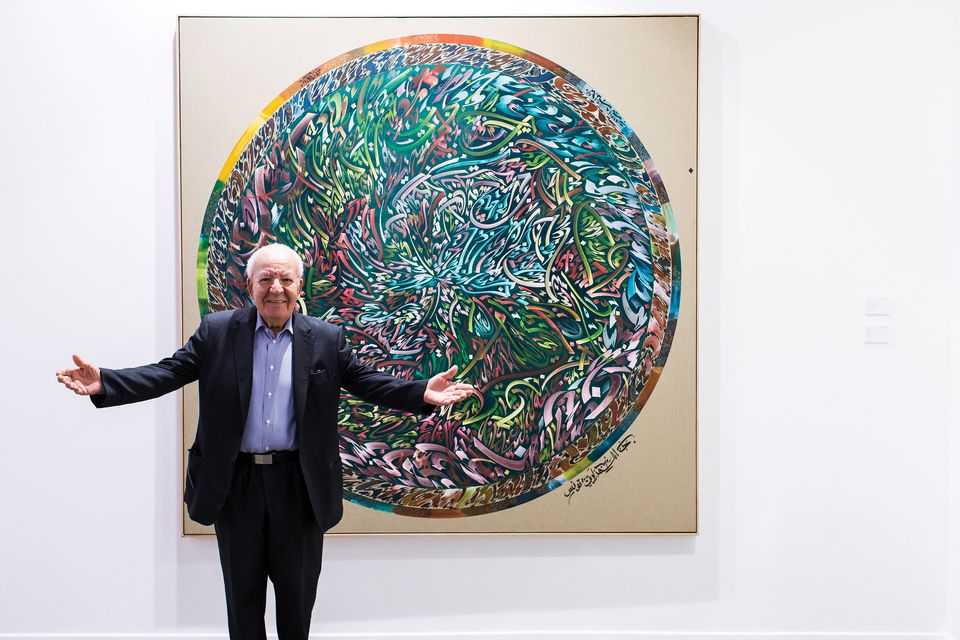 Born in Tunis in 1937, Nja Mahdaoui (right, in front of his work) straddles the gap between Modern and contemporary practice with an easily recognisable aesthetic rooted in calligraphy. He relies on the choreography of letters, presenting each letter as a visual symbol of a sound rather than a solid form. His paintings are full of gesture and movement. Mahdaoui is also interested in mysticism and more spiritual forms of Islam, as is evident in his works. Maya is his most recent painting and is named after his granddaughter. 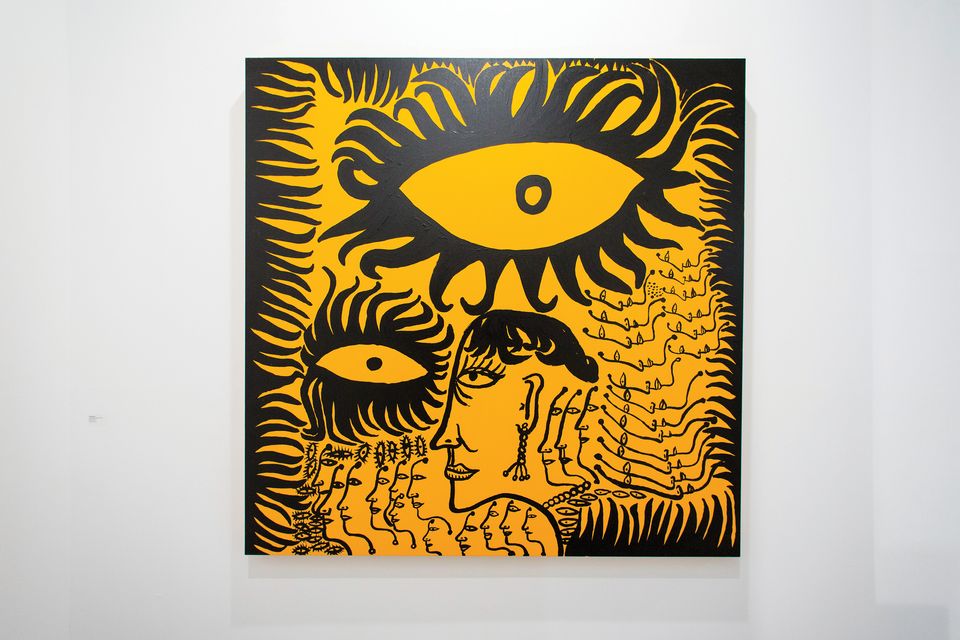 This self-portrait is unlike the Japanese artist’s better-known dot or Infinity Net paintings and comes from the My Eternal Soul series, featuring repeated images of eyes, faces in profile and other, more indeterminate forms that recall cell structures. Among other pieces by Kusama on the booth is a series of monochromatic screenprints from 2005, priced at $50,000. 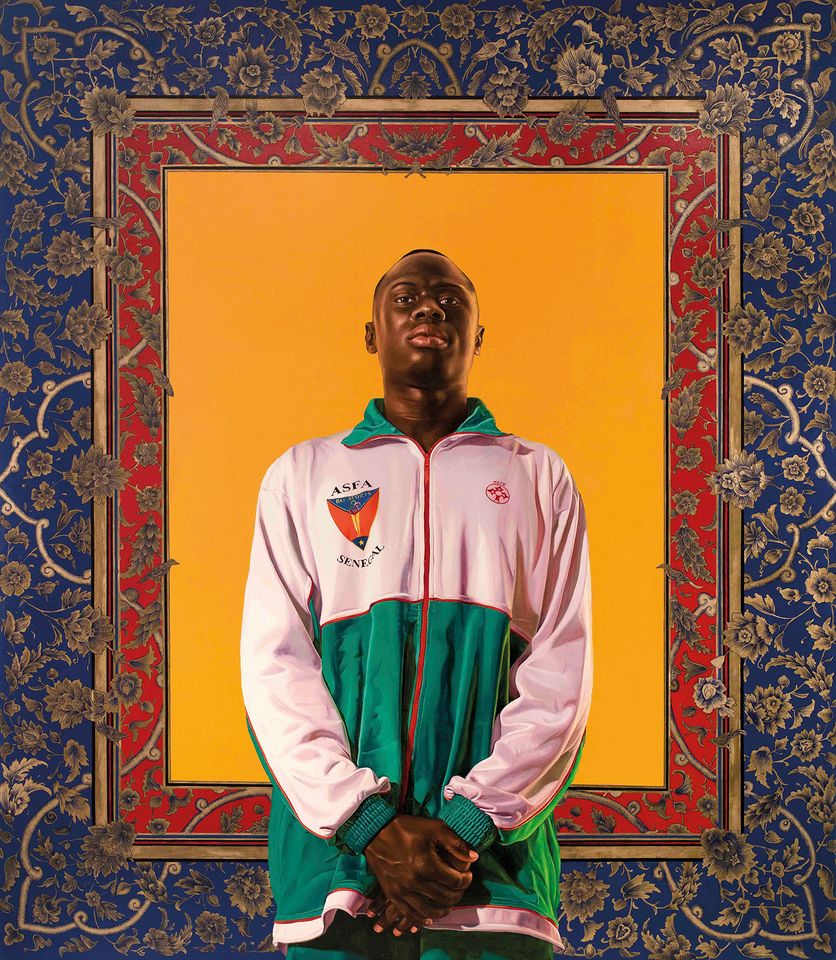 Wiley—celebrated for his Baroque-style portraits—was most recently in the news for his official portrait of former US president Barack Obama at the Smithsonian National Portrait Gallery in Washington, DC. Idrissa Ndiaye, from Wiley’s The World Stage project, offers a shrewd investment opportunity for the right buyer. A depiction of the Senegalese football player, it addresses stereotypes surrounding African and African-American identity. 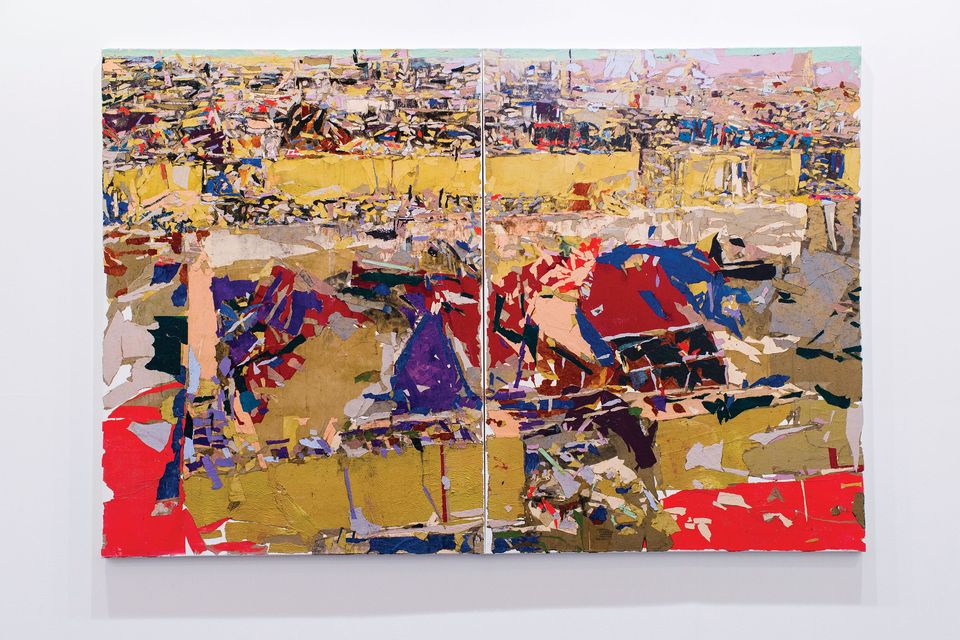 The Syrian artist Azzam is probably best known for his mural that superimposed Gustav Klimt’s The Kiss on to a bombed-out building in Damascus. He has introduced paper collage into his latest works as he continues to address the destruction of Syria and the long-running war. This diptych from Azzam’s new series depicts an abstracted street view, infused with nostalgia for his homeland and texture to convey the depth of his emotion. He made eight works for Art Dubai; this is the largest. The others, in single frames, are on sale for $30,000 each. 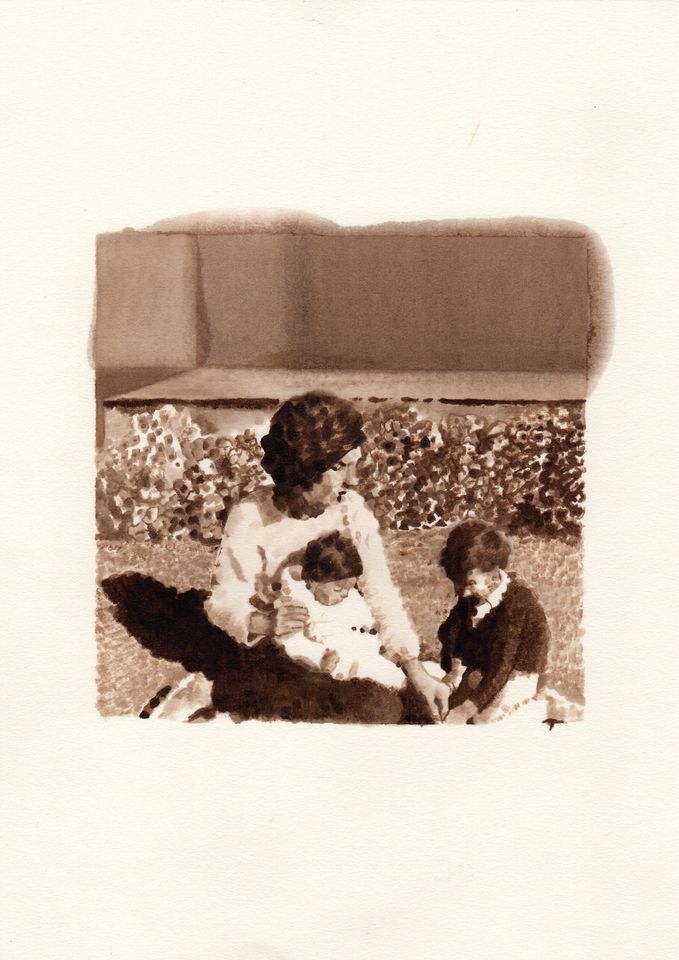 These vintage-style paintings are rendered in crude oil: Sokhanvari feels that Iran is both blessed and cursed by having black gold. Now UK-based, she uses imagery from family photographs dating back to pre-revolutionary Iran as metaphors for loss and exile, continuing the theme in miniature-type works in egg tempera on vellum ($16,000-$19,600).