The second round of funding will support works themed around incarceration by Xaviera Simmons, Hank Willis Thomas and Titus Kaphar, and a planned installation on the High Line 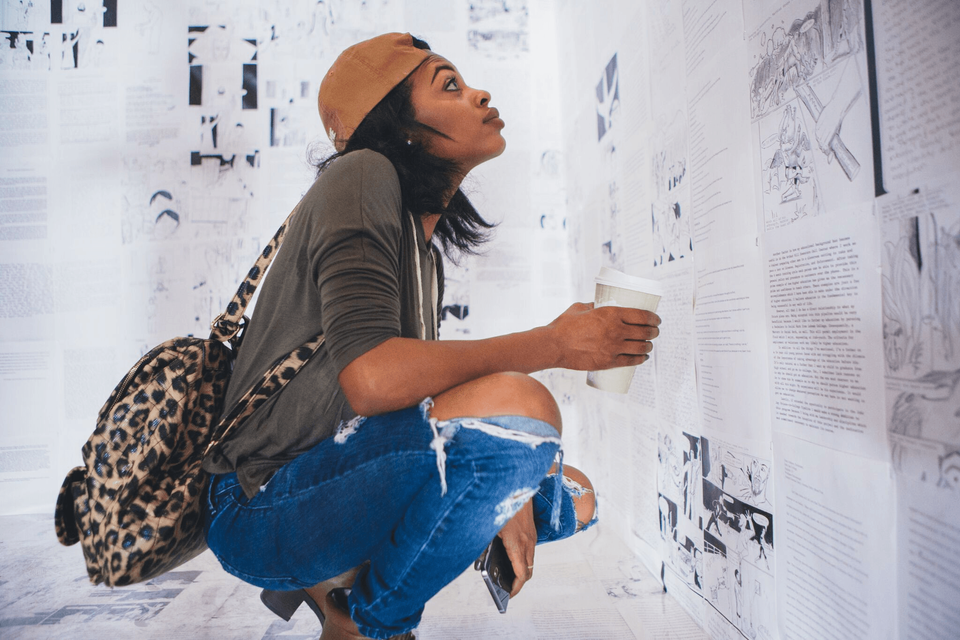 The actress Rosario Dawson views Writing on the Wall by Hank Willis Thomas and Baz Dreisinger when it was shown in New Orleans in 2015 Photo: Patrick Melon

When the philanthropist Agnes Gund launched the Art for Justice Fund last year, using the proceeds from the sale of a Roy Lichtenstein painting, the first round of grants focused on groups that work directly to change government policy, such as bail and sentencing reform, and those that help current and former prisoners through education, employment and creative programmes. The latest round of funding, announced today (29 June), also includes a number of grants—ranging from $25,000 to $2m—given to artists like Xaviera Simmons, Hank Willis Thomas, Titus Kaphar and their collaborators, to develop or complete new work that “elevates ideas and stories about the injustice and inequity of mass incarceration”, according to the release.

“With this round of grants in particular, the Art for Justice Fund is emphasising support to women and children,” Gund says in a statement. “We know that children whose parents get trapped in the criminal justice system are more likely to be incarcerated later themselves. We need to break this vicious cycle that is devastating the lives of individuals, families, and entire communities.”

One way the fund aims to do this is by supporting public programming to “highlight the plight of children separated from parents in prison” centred around a work currently installed on New York’s High Line park: Sable Elyse Smith’s C.R.E.A.M., named after the Wu-Tang Clan song. In the style of the famous Los Angeles Hollywood sign, Smith’s sculpture instead spells out “IRONWOODLAND”, referring to the Southern Californian prison where the artist’s father was held. Eleven other artists have been invited by Smith to explore the concept of incarceration through various media and present their work in a future installation on the High Line.

Among the existing art projects that also received a grant is the art gallery Recess and its initiative Assembly, a programme that allows young adults convicted of misdemeanors to avoid jail time through participation in visual storytelling workshops led by the artist Shaun Leonardo. Another is Writing on the Wall, an installation of writings and drawings made by imprisoned people around the world. The project, a collaboration between the artist Hank Willis Thomas and the academic Baz Dreisinger, first appeared in the 2014 People’s Biennial in Detroit, and the grant will allow it to be turned into a traveling exhibition, through the help of MASS Design Group, and sent around the country.

New works supported by the fund include the year-long project Continuum by Xaviera Simmons based on Jacob Lawrence’s The Migration Series, which “will focus on themes of discrimination, disenfranchisement, law, and politics” and look for ways “to repair the system”, according to the Art for Justice Fund’s website. Each week the artist plans to produce a new work exploring subjects such as slavery, Jim Crow laws, the Civil Rights Movement, and housing discrimination, and she’ll work with formerly incarcerated people for an audio and video component. And the artist Titus Kaphar is working with the poet Dwayne Betts on a series of works called The Redaction that uses civil rights complaints filed by those “trapped in the justice system because they were unable to pay a fine or fee” to communicated the idea that “incarceration is the reinvention of people as a currency”, according to the website. Betts plans to create poetry from the complaints through the process of redacting words and phrases and Kaphar will etch portraits based on public databases of mugshot, and show the works along with other pieces in a travelling exhibition.

This second round brings the total distribution of grants so far to $32m. The plan is to give out the rest of the money raised by the fund over the next five years. Gund provided $100m in seed money and around 30 other donors have contributed at least $100,000, with Walmart heiress and Crystal Bridges founder Alice Walton giving $5m. The fund plans to start reaching out to potential new donors next year, but anyone can make a gift to help through the fund’s website, where you can also find the full list of awardees. “I hope the Art for Justice Fund, and the work that we support, will inspire others to join the movement to end mass incarceration,” Gund says.