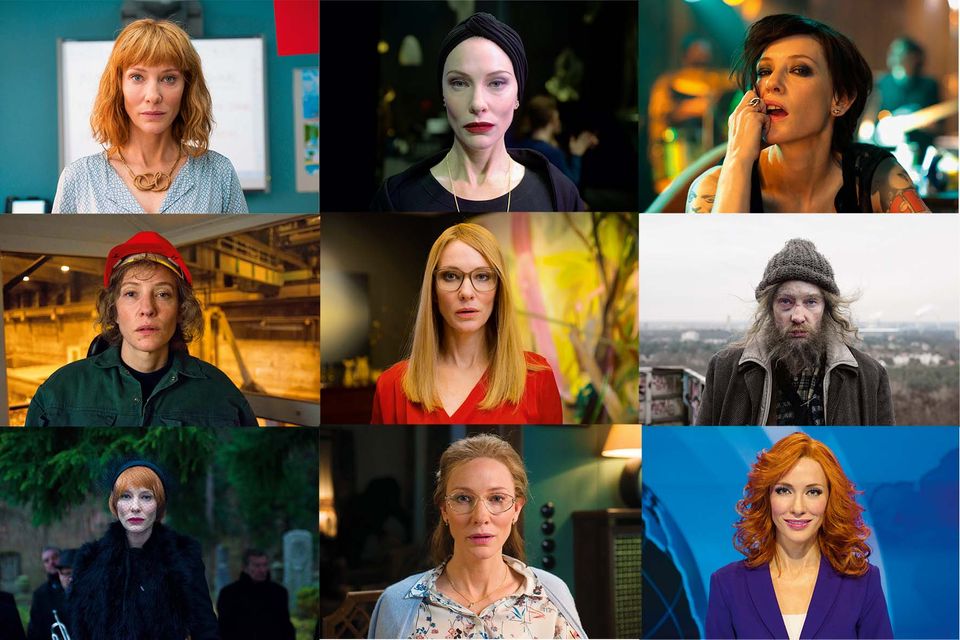 UK audiences will finally get to see the film Manifesto starring Cate Blanchett this week. The movie, in which Blanchett plays 13 roles reciting epochal 20th-century art historical texts, premiered at the Sundance Film Festival in January, and is scheduled for release in the UK on 24 November.

Rosefeldt says that he read hundreds of manifestos for the film, whittling them down to around 54. He draws on the writings of the Futurists, Dadaists, and Suprematists, among others, creating “thirteen collages of artists’ manifestos”. The section on Futurism, delivered by Blanchett as a stockbroker, amalgamates various texts for instance, including the 1909 Futurist Manifesto by Filippo Tommaso Marinetti and Guillaume Apollinaire’s The Futurist Anti-tradition (1913).

The film’s director, the German film-maker Julian Rosefeldt, says that the work takes on a new political dimension in the age of Brexit and Donald Trump. “People react so differently to it in the [film screening] Q&As, and directly refer to the political landscape. I underestimated the political relevance; the first question is about the characters and the text—and then somebody asks about Trump and [Jean-Marie] Le Pen,” Rosefeldt tells The Art Newspaper.

Shot in Berlin at 12 locations over 12 days, Manifesto was commissioned by Melbourne’s Australian Centre for the Moving Image where it was shown in 2015 as a walk-through, 13-channel video installation. It was subsequently re-worked by Rosefeldt into a 95-minute feature film.

He says: “Film is such an old medium, it fits into three boxes: short-film, feature and documentary. In the art world you can do anything, you can experiment with logic, loops and multi-screens. People are open to that. People want a story to be told so we had to invent a visual narration [for the film].” This included adding a prologue that references Karl Marx’s Communist Party Manifesto of 1848.

“They [the audience] perceive Manifesto as an anti-populist piece because it makes them think about populism; they can feel the anger in the manifesto writings, but the big difference is that populism is angry and loud, there’s absolutely no content, there’s zero message. These manifestos are loud and angry but so inspiring; they echo back,” Rosefeldt says.

“Cate and I played idea ping-pong. I sent her 40 or 50 ideas for characters,” he adds. In one scene, Blanchett plays a conservative, authoritarian mother of three, relaying Claes Oldenburg’s Pop art statement, I am for an Art (1961). The children are Blanchett’s own. “There’s an intimacy she could never have with extras. But we were careful not to lose connection to the original idea, paying homage to those writings,” Rosefeldt says. “It is a manifesto in itself, it questions the role of film-making—how feelings and myths are manufactured. Deconstructing that has been very interesting.”